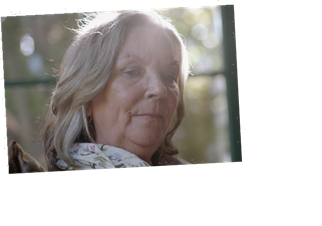 The Golden State Killer has been in police custody since 2018, but his reign of terror in his victims’ lives may never be over.

Gay Hardwick, who with her husband, Bob, survived an attack by the serial rapist and killer in 1978, speaks to that reality in this exclusive sneak peek from the upcoming finale of I’ll Be Gone in the Dark.

Joseph James DeAngelo was arrested in April 2018 and charged with multiple counts of first-degree murder and kidnapping. In June 2020, he pleaded guilty to 26 charges and confessed to all of the sexual assaults previously assigned to an elusive criminal known only as the East Area Rapist.

HBO’s documentary, based on Michelle McNamara’s book, chronicles how McNamara’s obsession with the case led authorities to believe that the East Area Rapist was the same man known as the Original Night Stalker and the Visalia Ransacker, and how he’d gone on an unchecked crime spree in California in the 1970s and ’80s.

In her book, published after her untimely death, McNamara came up with a new name for the mysterious criminal: the Golden State Killer.

The clip above, from Sunday’s episode (10/9c), is from an interview conducted at a gathering of women and men whose lives were forever altered by Golden State Killer attacks. Some time after the filming of the episode, DeAngelo was sentenced to 11 consecutive life sentences in prison.

Though Hardwick has a positive outlook on her future (“I am better in my daily life”), you can’t avoid the resignation in her tone when she acknowledges how that night in 1978 will always be with her.

“It is hard for people to understand… how it doesn’t go away,” she says.