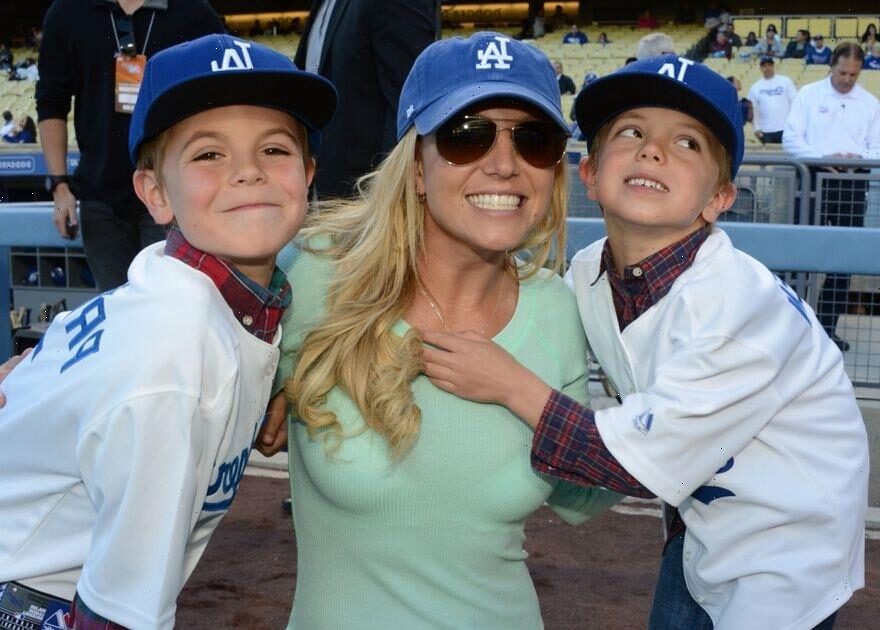 Britney Spears, who is known for her hits including …Baby One More Time and Oops… I Did It again, recently tied the knot to Sam Asghari.

The pop star has been married twice before, once to childhood friend Jason Allen Alexander, and once to former back-up dancer Kevin Federline, who is the father to her children.

Britney's relationship with her children has allegedly been strained over the past few months as her 13-year-long conservatorship came to an end, with the pop singer finally able to tie the knot to Sam.

Kevin claimed in an interview with ITV News that his children haven't seen their mother Britney in months.

Since Kevin's explosive revelations, Britney has hit back on the claims, with one of her sons set to speak out on their relationship in their own interview on ITV News later today (September 2).

But how many children does Britney have?

Here's everything you need to know.

How many children does Britney Spears have?

Britney has two sons with her ex-husband Kevin.

The eldest child of the Womanizer singer is said to not be taking part in the ITV News interview that will air today, however, his younger brother will be interviewed by Daphne Barak.

Britney's second son, Jayden James Federline, was born on September 12, 2006 and he is now 15 years old.

What will Jayden Federline say in the ITV interview?

Jayden will star in the ITV News interview where he will discuss his relationship with his mother and why the two teens missed their mum's wedding earlier this year.

According to The Sun, Jayden explained: "I'm not saying that I'm not happy for her. I'm really happy for them, but she didn't invite the whole family and then if it was just going to be me and Preston, I just don't see how that situation would have ended on good terms."

Jayden then went on to tell ITV that he believes the relationship with his mum can be fixed.

"It's just going to take a lot of time and effort. I just want her to get better mentally. When she gets better I really want to see her again," he said.

"At the same time, she should come to the realisation of whatever it is that stops her loving her family."

She said: "I’ve tried my best at being the best person I can be.

"Finally at 40 without the restraints of what my family did to me … I say to my son Jayden that I send all the love in the world to you every day for the rest of my life."

The singer added that her love for her children 'has no boundaries and it deeply saddens me to know his outcry of saying I wasn't up to his expectations as a mother".

"Maybe one day we can meet face to face and talk about this openly. Maybe, dear child, YOU can explain why our family would do that to anyone."