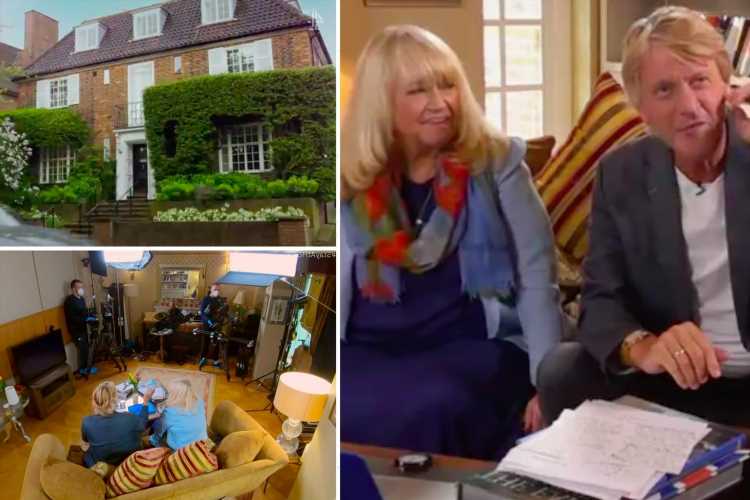 RICHARD Madeley and his wife Judy Finnigan have given fans a sneak peek into their home after it was revealed the presenter took part in Who Want To Be A Millionaire?

The famous TV couple previously put their home of 25 years on display on their show Keep Reading and Carry On. 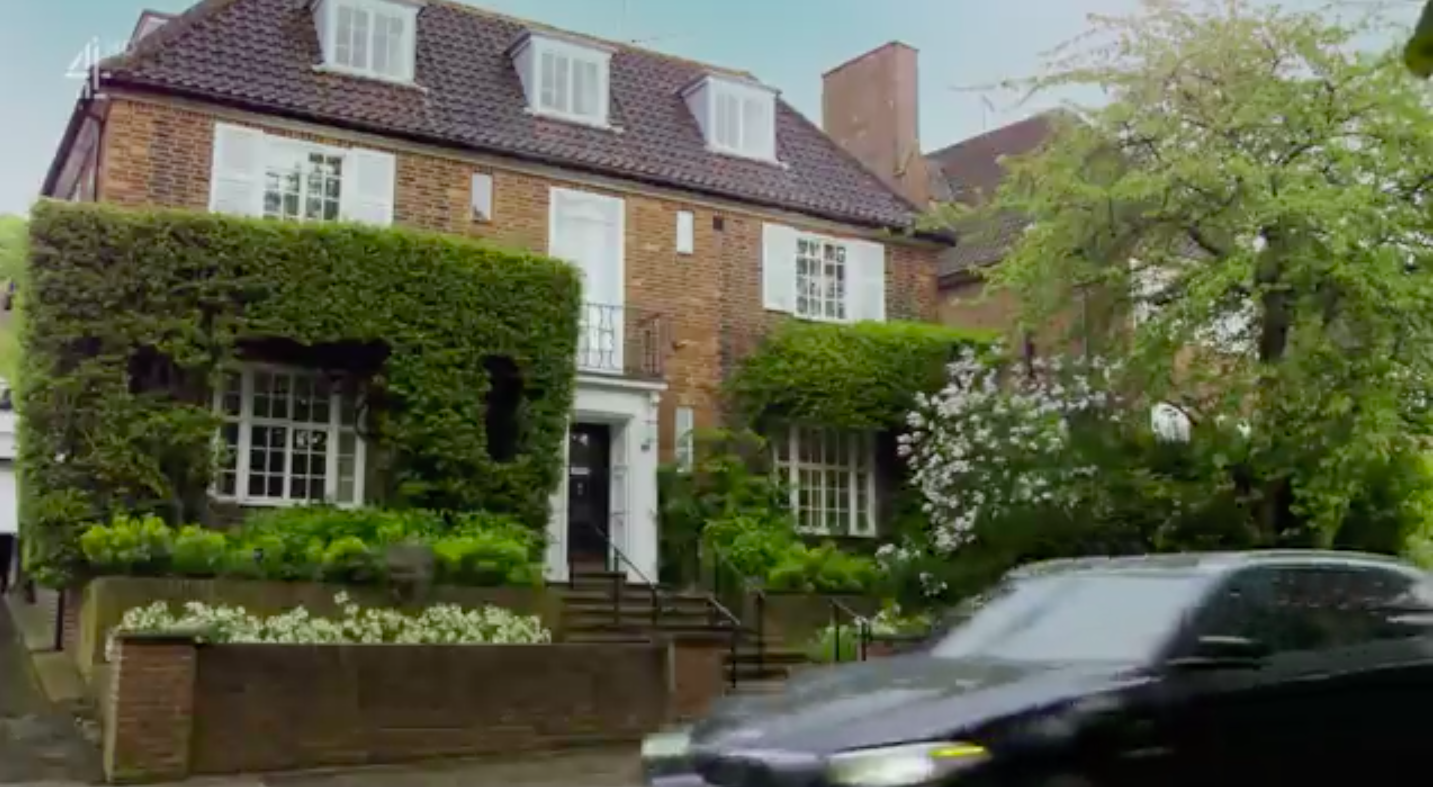 The series, which aired during lockdown, was filmed from inside their home after they opened their doors to two cameramen and Channel 4 viewers.

The huge detached property in Hampstead Heath boasts steps up to the entrance, large windows and a Juliet balcony.

It's also surrounded by beautiful wisteria and ivy that makes it look homely and welcoming from the outside.

Stepping inside the door, Richard and Judy launched their five-part series for Channel 4 from their open-planned kitchen.

Stairs behind them showed one of Judy's scarves she normally wears hanging from the banister.

MOST READ IN TV 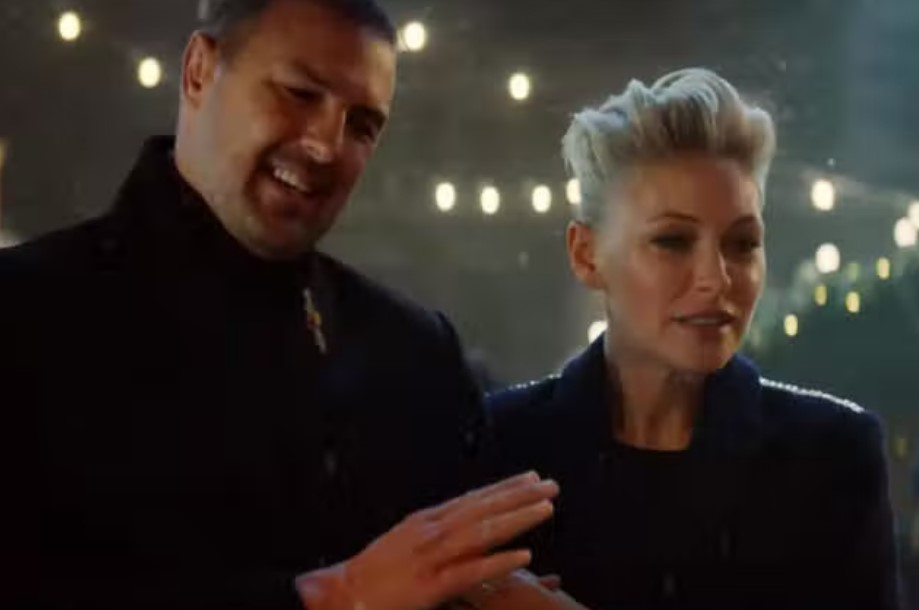 After welcoming fans to the show at the time, the couple then brought viewers into their living room where they explained they've never seen it tidier in the 25 years they've lived there.

In the background there are huge bookcases at either end of the room.

Multi-coloured tulips are sat on the coffee table and side tables adding a slash of colour in the room, which mainly consists of beige and cream colours.

As the camera panned out to show camera crew wearing masks and gloves as they filmed the series, viewers got a glimpse of the rest of the living room.

It showed a large mirror, patterned wallpaper and TV unit, but some of their furniture had been moved out of the way to make room for the camera equipment.

On the premiere episode, Richard told viewers: "This is our sitting room, welcome. We've got all the safety protocols in place.

"It smells like a disinfectant factory, in fact Donald Trump would love it. It's cleaner today than the 25 years we've lived here." 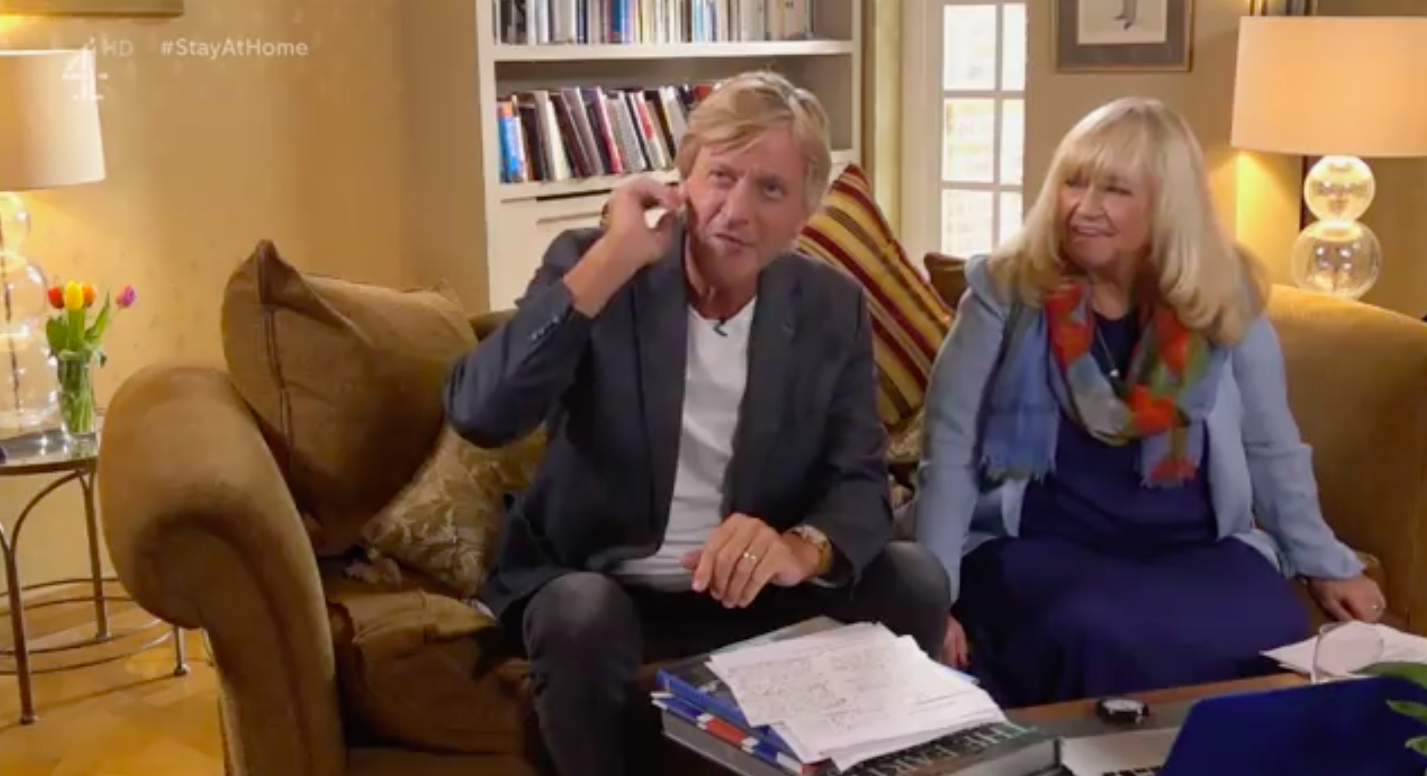 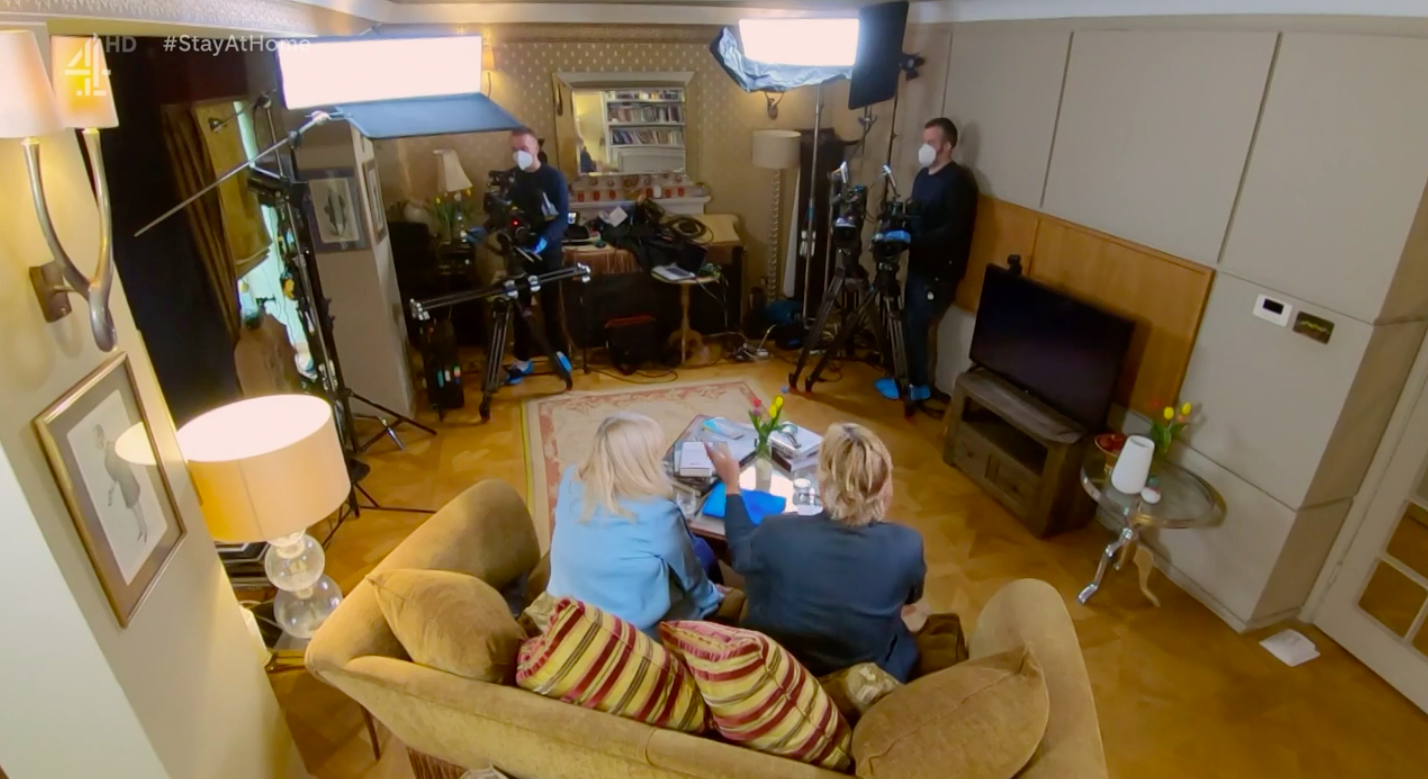 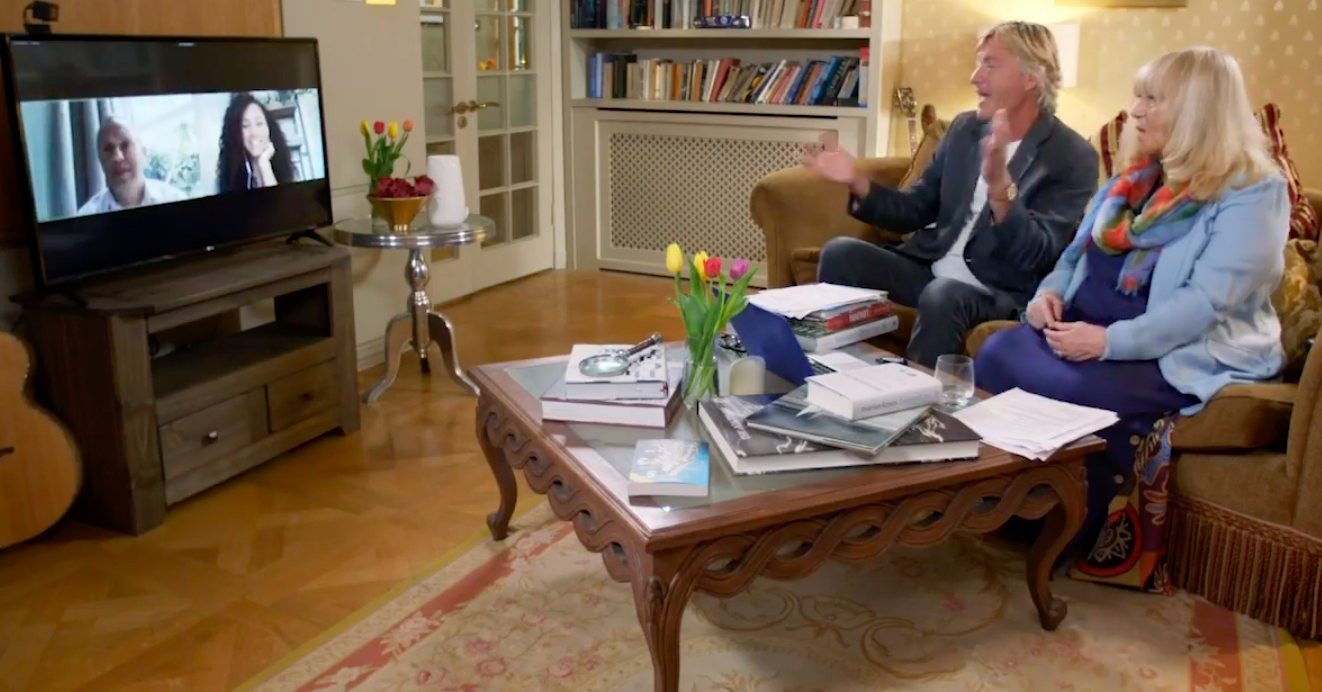 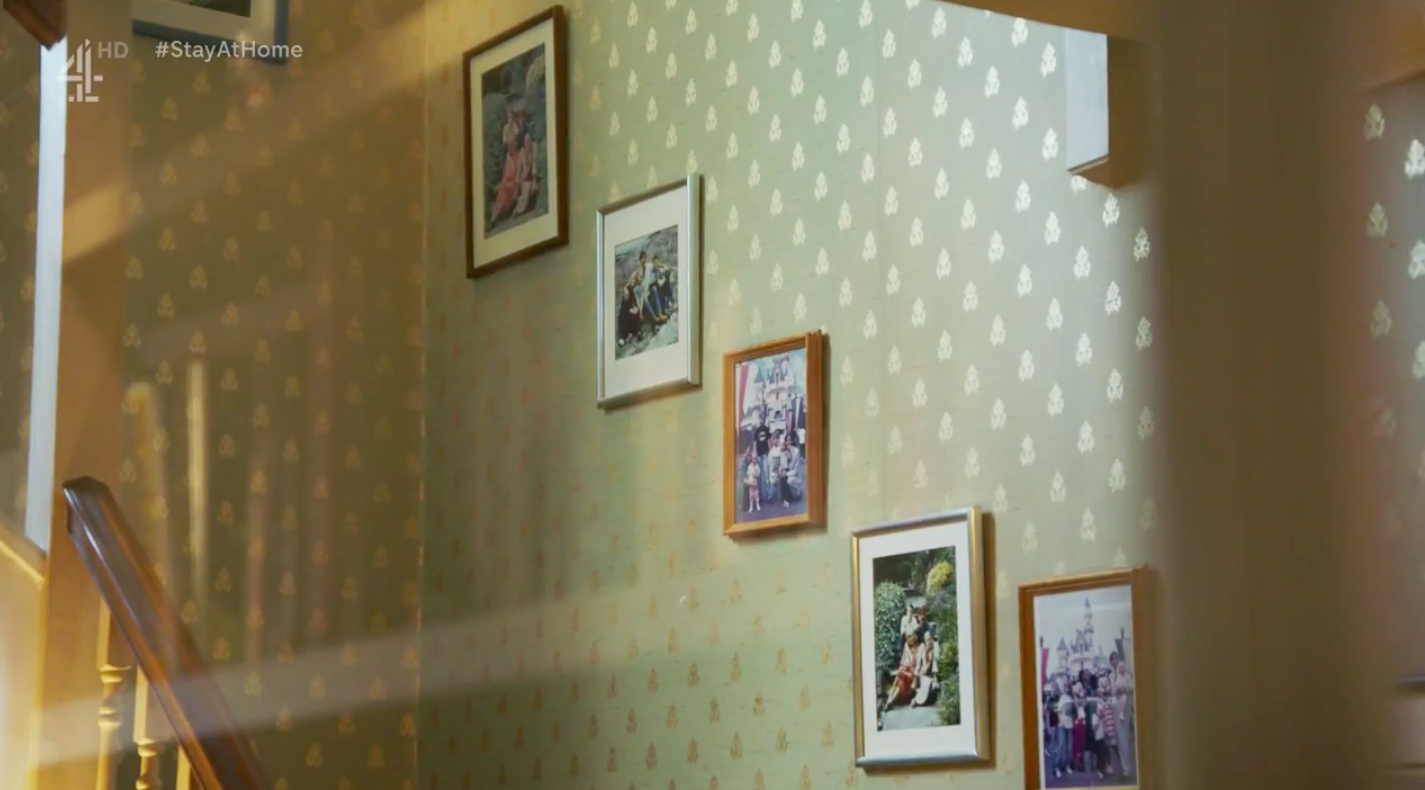 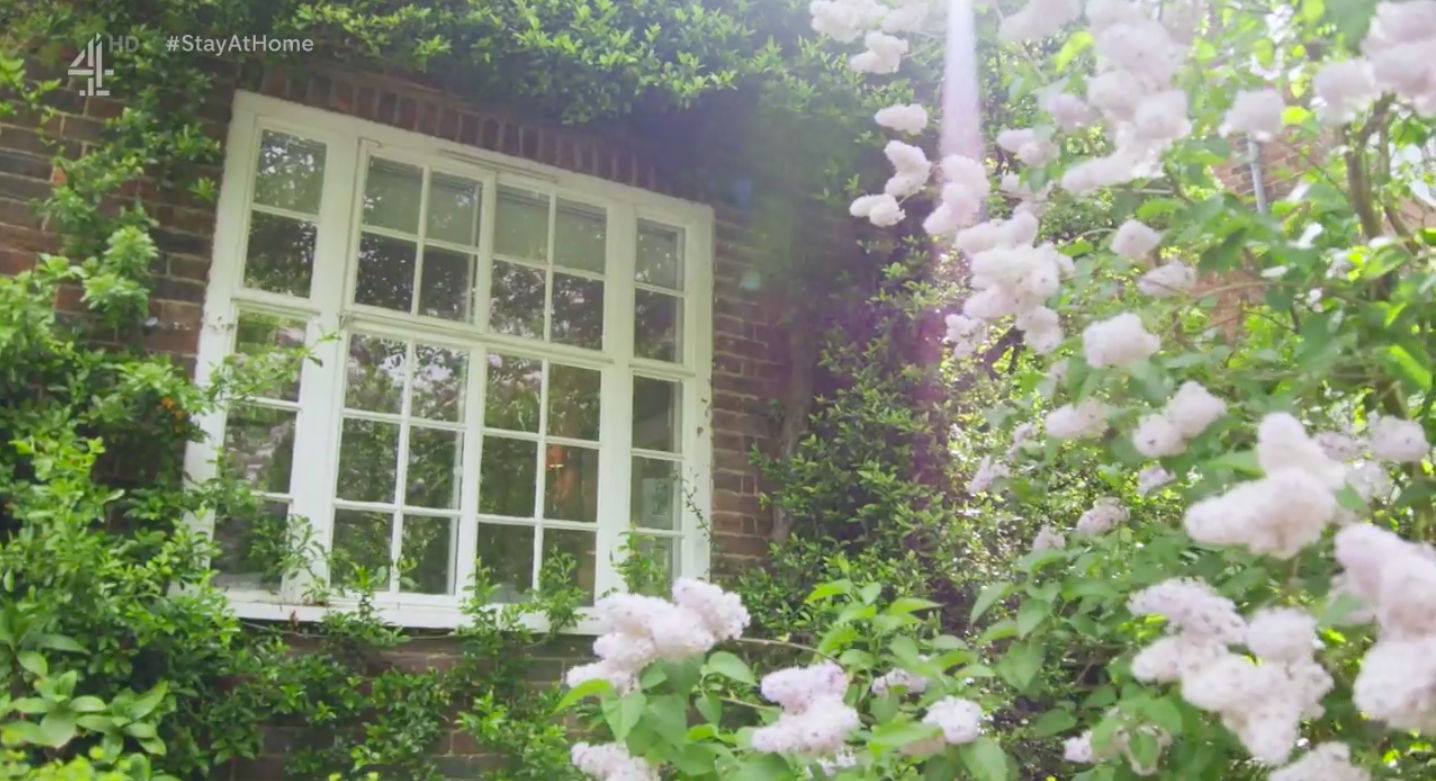