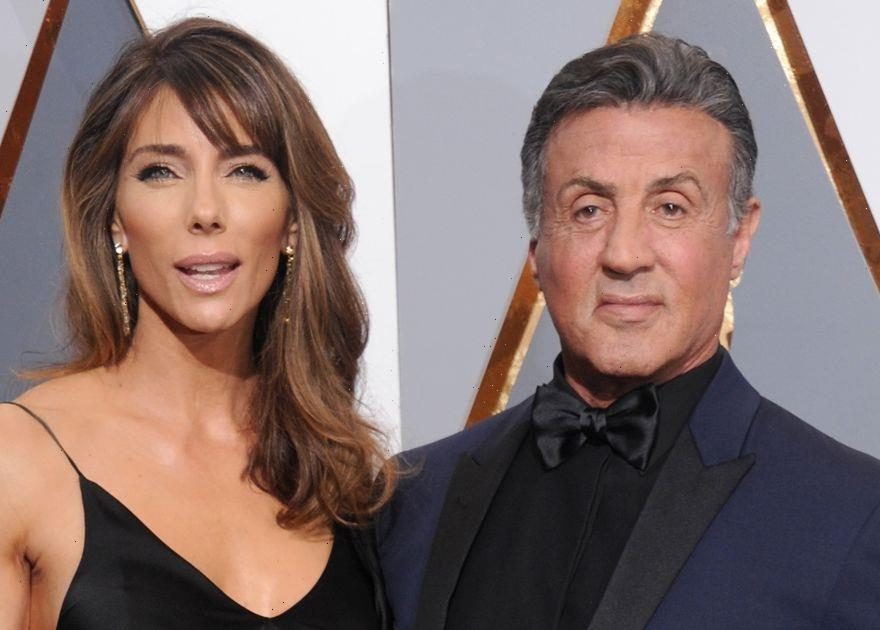 Sylvester Stallone is an American actor, screenwriter, and filmmaker who shot to fame following his role as Stanley Rosiello in The Lords of Flatbrush.

The actor is now one of Hollywood's most famous movie stars following his successful role as Rocky Balboa in the boxing movie series.

However, Sylvester was also once a heart-throb in Hollywood, with a notable dating history including actress Angie Everhart, model Janice Dickinson and more recently, model and entrepreneur Jennifer Flavin.

The 76-year-old has recently split from wife Jennifer, with divorce documents stating that their marriage is “irretrievably broken”.

Here's everything you need to know about Sylvester and Jennifer's relationship – from their huge age gap to their recent split.

How did Sylvester Stallone and Jennifer meet?

Actor Sylvester met beautiful model Jennifer back in 1988 when he was 41 and she was just 19.

They first crossed paths at a restaurant in Beverly Hills, Los Angeles, when Sylvester was at the height of his dazzling career.

At the time of their initial meeting, the actor had already been married twice before – first to Sasha Czack from 1974 to 1985 and second to Brigitte Nielsen from 1985 to 1987.

Sylvester and Jennifer hit it off despite their 22-year age gap and they soon became a Hollywood power couple.

In 1994, the actor suddenly dumped his girlfriend of six years via a letter in the post.

According to reports, Sylvester revealed in the note that he had cheated on her with Janice Dickinson, who was dating actor Michael Birnbaum at the time.

"It was pretty sloppy. I was disappointed. You can’t just write somebody off in a letter after six years.'

Jennifer then went on to say that the break up "hit her like a tonne of bricks".

Sylvester and Jennifer get back together and tie the knot

Following Sylvester's affair with Janice and his brief romance with Angie Everhart, the actor decided to give things another go with Jennifer in 1995.

A year after their reconciliation, the couple tied the knot in private civil ceremony at the Dorchester Hotel in London, followed by a chapel ceremony at Blenheim Palace in Oxfordshire.

While Sylvester had appeared to settle down with his new wife, Jennifer was still aware of his playboy ways.

She told People magazine at the time: "I'm not naïve about what may go on when I'm not around – he's a 45-year-old man – I can't change the way he is.

"Still, he's not a cheating dog every day of the week. We spend five out of seven nights together, so I don't know where he'd find the time."

How many children do Sylvester and Jennifer have together?

Just a few months before Sylvester and Jennifer tied the knot, the model gave birth to eldest daughter Sophia.

However, the couple faced every parent's worst nightmare when it was revealed that their daughter had a hole in her heard shortly after her birth.

After Sophia was rushed into emergency surgery, she thankfully made a full recovery.

Why are Sylvester and Jennifer divorcing?

The couple's rocky relationship came to an end earlier this month as Jennifer filed for divorce.

The news was reported just a few months after the couple celebrated their 25th wedding anniversary.

However, the model has now handed him the divorce papers and accused the Hollywood star of shifting assets from their shared marital funds, according to reports.

Jennifer filed for divorce in Florida on Friday (August 19), according to TMZ.

In divorce papers obtained by the outlet, Jennifer alleged her husband has been 'hiding assets'.

The papers read: "Upon information and belief, the Husband has engaged in the intentional dissipation, depletion and/or waste of marital assets which has had an adverse economic impact on the marital estate.

"Pursuant to Section 61.075, Florida Statues, equity dictates that the Wife be compensated and made whole by receiving an unequal distribution of the marital assets in her favour."

Sylvester's representative Michelle Bega told TMZ that the Rocky star has said: "I love my family. We are amicably and privately addressing these personal issues."