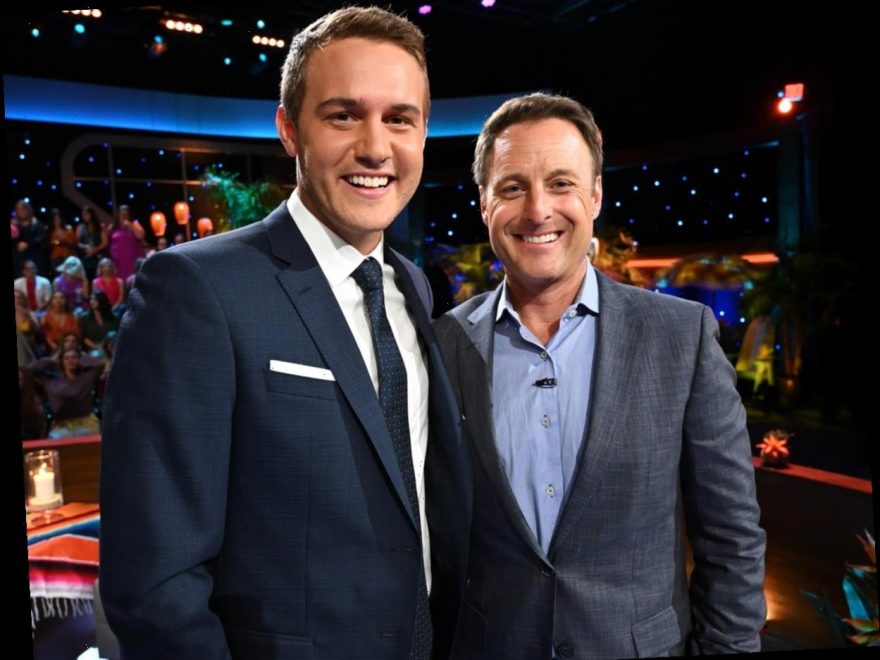 Remember those rumors that Peter Weber is dating Bachelor producer Julie LaPlaca? Well, Chris Harrison just gave his two cents on the matter and, um, he doesn’t deny it. “It’s an intimate relationship,” Harrison told Access of Weber’s relationship with LaPlaca during a Feb. 25 interview. “You spend that much time together we all get close. Sometimes those lines get blurred.”

“The only rules are, Peter needs to have the best opportunities to find love," Harrison continued. "If something were to mess that up, then we would step in. We would help.”

The topic came up when host Mario Lopez asked Harrison to explain a picture he posted on Instagram on Feb. 17 featuring himself, Weber, and LaPlaca. Well, to be clear, Lopez was a little more to the point in that he straight-up asked: "Chris, what was up with that picture that you posted with you, Pilot Pete, and that producer that he’s now dating?" LOL.

“Actually, I didn’t mean to do anything other than the fact that we spend a lot time together, we travel the world together,” Harrison explained. “Julie, an amazing, talented, smart producer that works for us — works on the show, so she’s with Peter.” Hm, interesting. Very interesting.

If you don’t follow Harrison, don’t fret. Here’s the picture Lopez was referring to:

Knowin nothin in life but to be legit… New album cover came out great! #TheBachelor

Harrison hilariously captioned it with a reference to Boyz-N-The Hood by N.W.A:

I don’t know about you, but I am extremely on board for the theory that Weber winds up with LaPlaca — especially because Harrison isn’t the only one remaining suspiciously vague about the claims.

ABC executive Rob Mills chimed in on the matter in a statement to Entertainment Tonight on Feb. 10, but still didn’t really say anything one way or the other: “Well, I hate to get in the way of a good rumor, so I’m not going to confirm or deny about whether he ends up with a producer!”

Rumors that Weber winds up with LaPlaca first began in February when Reddit user u/krallie came up with a theory that the two wind up together with six pretty legit pieces of evidence backing it up. The pieces of evidence included but weren’t limited to Weber’s dad posting a picture of LaPlaca and her mom joining their family for lunch in New York and Weber being in the background of LaPlaca’s New Years Eve Instagram. See him there in the tan coat?

Now all there’s left to do is wait and see what happens.