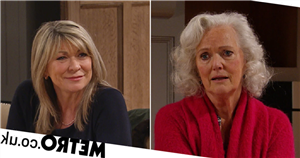 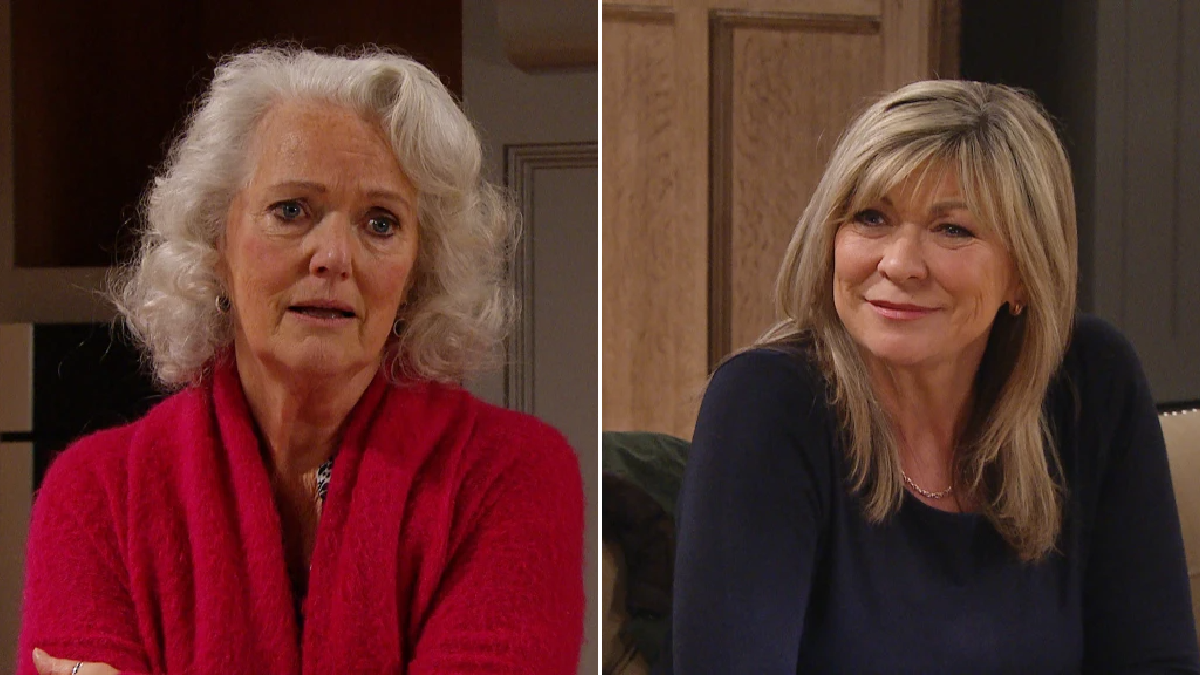 It’s hard to believe Mary Goskirk (Louise Jameson) arrived in the Emmerdale village in March of this year – it feels like she’s been around for ages!

Mary has become a firm favourite for many, with fans loving her witty one-liners and the fact she really isn’t afraid to say what she thinks.

Most recently, we learnt more about Mary’s past, as she bravely came out.

Initially, Rhona (Zoe Henry) struggled to accept her mum’s sexuality and questioned whether their family life was built on lies.

Someone who was able to help Mary find the courage to tell Rhona was Kim (Claire King).

Mary was fascinated by how Kim lived her lavish lifestyle up at Home Farm, and deliberately got hold of her scarf in the café – just so she could go up to the grand house and have a nose around!

Mary and Kim’s friendship is an unlikely one – but it really works. Mary was comfortable around Kim and could be honest about her sexuality, but could this friendship really turn into something more?

‘I strongly suspect there’s going to be a love interest’, Louise Jameson told Inside Soap Magazine.

‘I wondered if it could be Kim, but that might spoil their friendship! I reckon they will bring in someone new.’

Reacting to Mary’s coming out storyline, she added: ‘It shocked me when I found out Mary was going to be a late in life lesbian, I thought the audience certainly won’t see it coming.

‘I have to thank Claire King as she brought out Kim Tate’s tender side in that scene, which you don’t often see; she is adorable to work with and so professional. There is a lot to unpick if you come out at 70, and there is still so much to explore.’

Louise has loved playing Mary so far. Describing the character as ‘complex’, she said: ‘One minute you wish she’d shut her mouth as she doesn’t censor herself, and the next she’ll be adorable and kind! People love it when she’s rude!’.

Teasing what’s ahead for Mary in the soap’s grand 50th anniversary, Louise confirmed:

You can vote in the Inside Soap Awards by following this link. The latest issue of Inside Soap is available to buy in store and online.