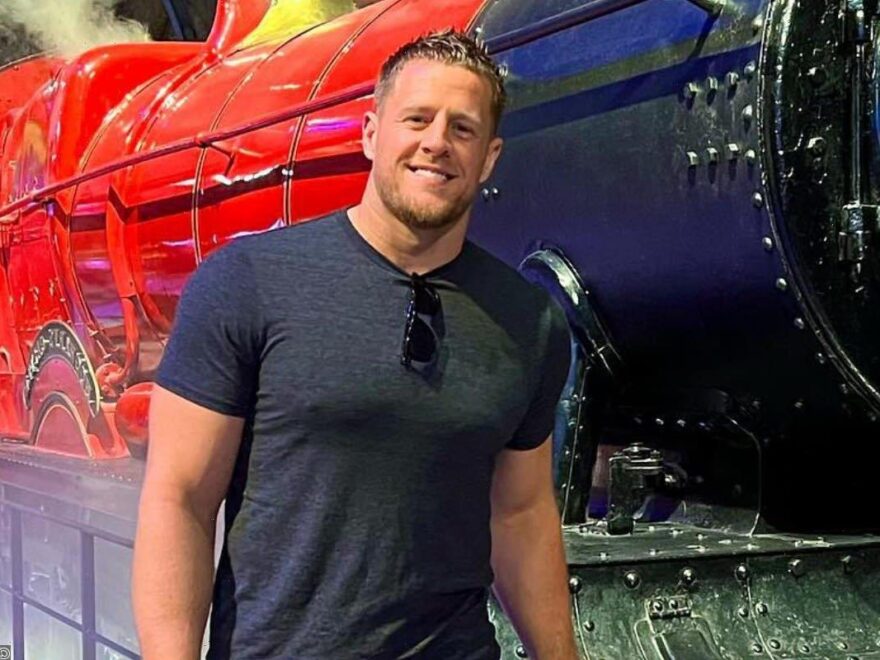 AceShowbiz –J.J. Watt is retiring from the NFL after 12 seasons. The football defensive end for the Arizona Cardinals broke the news by sharing photos of him posing with his family members.

Making use of Instagram on Tuesday, December 27, the 33-year-old shared two photos. The first showed him standing next to his wife Kealia Watt as he cradled their newborn son Koa. The second snap, meanwhile, displayed the couple posing with his baby boy and the athlete’s parents.

Watt has played 10 seasons with the Houston Texans and two seasons with the Arizona Cardinals. He is a three-time Defensive Player of the Year after winning the award in 2012, 2014 and 2015.

Watt is set to play in the upcoming two games with the Cardinals this season. The first will be against the Atlanta Falcons on Sunday and the San Francisco 49ers on January 8.

Watt and his wife welcomed Koa in October. When announcing the baby’s arrival, he uploaded an image of him and his spouse, who cradled their new bundle of joy while sitting in her hospital bed. “Love and happiness have reached heights we never even knew existed. Koa James Watt. 10.23.22,” he captioned it.

The pair, who tied the knot in the Bahamas in February 2020, confirmed their pregnancy back in June. At that time, the athlete and 2012 FIFA U-20 Women’s World Cup champ unleashed some photos in which she cradled her baby bump under a brown bodycon dress.

In the accompanying message, Watt penned, “Could not be more excited,” adding two heart emojis. His wife, in the meantime, noted in her post that she is due in October.