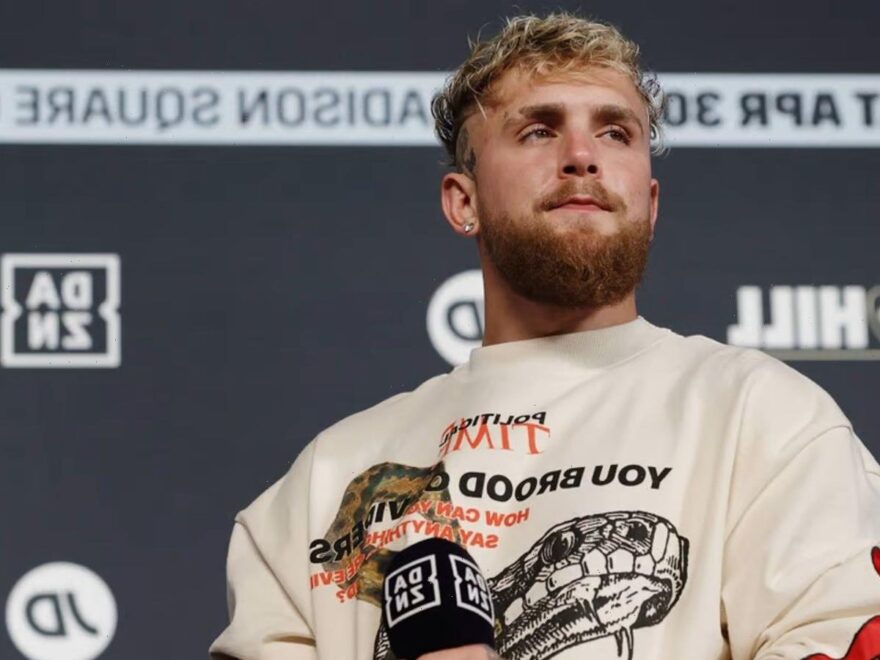 Jake Paul says he still hasn’t gotten a million-dollar check from Dana White for beating Ben Askren, but the Problem Child is once again proposing a friendly wager with the UFC honcho: He’s willing to put $5 million on the line when he fights Anderson Silva.

Jake and Spider were holding a news conference in Los Angeles on Monday ahead of their October 29 bout in Arizona—a fight that would take place at the location where Paul had recently encountered his nemesis.

“Dana White did not think I’d take this fight,” Jake said minutes ago. “And Dana, I know you’re watching, bro. You still owe me a million dollars from when you bet against me on Ben Askren.”

“I want you to come out of hiding, stop being a bitch and make a bet against me and Anderson and actually pay up this time because you didn’t think I would take this fight.”

RELATED: Jake Paul And Tommy Fury To Settle Their Beef With $2 Million Clash

Jake and Anderson have a bet going about spiders. Jake says he hates tattoos, so a body ink bet is off the table. With that being said, Anderson says he’ll get clever and figure something out.

The feud between Paul and White stretches back over a year, and has included diss tracks from the two YouTube stars. Most recently, White demanded that reporters at UFC press conferences stop asking him about Paul, and the Ohio native claimed in an unverified tweet that PR people for the promotion had told those covering last weekend’s UFC 279 event not to put questions to him regarding the topic.

“My toughest test yet. I respect the legend, but he must be exterminated.

Paul, who knocked out former UFC welterweight champion Tyron Woodley in the second round of their bout last year, was set to return at the start of August in New York but both Tommy Fury and substitute opponent Hasim Rahman Jr pulled out, forcing the event to be canceled on just a week’s notice.

Paul will face his first ‘real’ boxer, with Silva holding a 3-1 record that includes a recent scalp over former world champion Julio Cesar Chavez Jr. The Brazilian is widely regarded as one of the greatest fighters in UFC history, and is the 5-0 boxers first opponent with a southpaw stance as well as a height and reach advantage on him.

READ NEXT: Kim Kardashian Was Wearing A Diamond Engagement Ring Worth $33,000 Month After Split With Pete Davidson