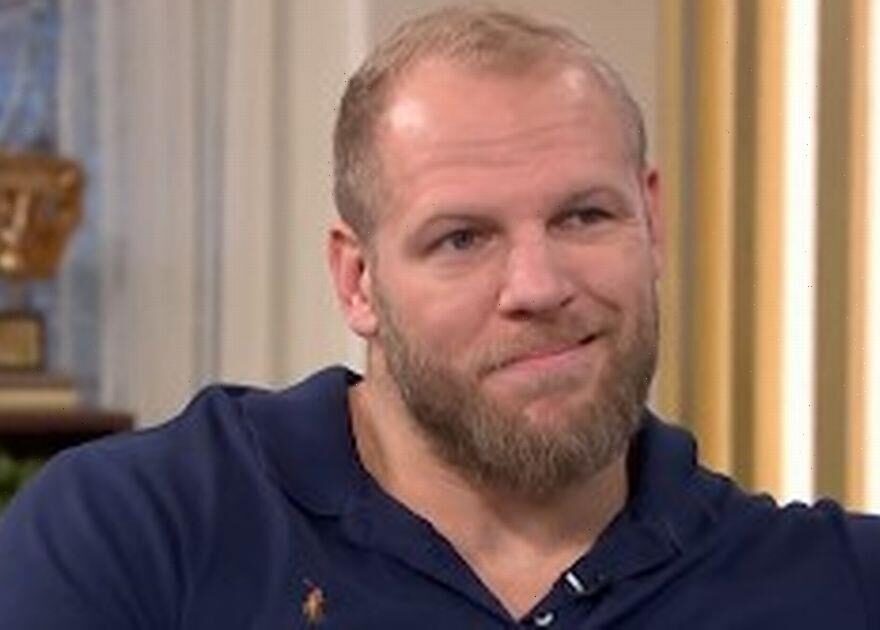 Appearing on today's This Morning former rugby champ James Haskell opened up on spending the festive season with his in-laws Richard Madeley and Judy Finnigan.

James, 37, is married to Richard and Judy's daughter fitness pro Chloe Madeley, 35, with whom he shares daughter Bodhi, who was born last year.

Having spent this Christmas with his wife and her parents, James revealed that Richard, 66, was banned from the kitchen due his "fiery" attitude when cooking.

Recalling the first time he met his now father-in-law, James said: "The first time I met him, I was invited over on Boxing Day.

"I was told her can be a little bit tricky in the kitchen, and 'don't go in there', of course that was a red rag to a bull. You know, son-in-law wanting to make a good impression, I went in there, gave him a bit of chat."

Describing what happened next James joked that Richard "used one of those f words you know about."

Continuing, he said: "I went back to my like 'listen I think I probably need to go, your father's just told me to go away in no uncertain terms'

"She said 'oh don't worry he does that to everyone, he did it to Jaime Oliver."

Returning to this Christmas, James said: "So this year [Richard] was thrown out the kitchen cause we wanted stress free, so Chloe's brother cooked an absolute storm."

James's funny anecdote comes just one day after Richard returned to TV screen son Good Morning Britain, where he revealed that he was struck down over Christmas by a superbug.

Discussing the Christmas period with co-host Susanna Reid, he said: "I had that [superbug] all Christmas for a month, never had anything like it before. In fact, I’m beginning to wonder if there’s a new strain of Covid going around.

To which he added: "I took a test every week, it was always negative, but I can’t help thinking that’s what I had."

Earlier this year Chloe and James had been living with Richard and Judy, while they waited for renovations to be finished on their own home.

Opening up to OK! Chloe revealed how this time back at her parents home helped strengthen the bond between grandparents and granddaughter.

She said: "Dad’s been scooping Bodhi up and taking her upstairs in the mornings to my mum, so my mum can have an hour-long cuddle, just them two together, which I think is the sweetest thing in the world.

“They’re really besotted and I’m so grateful we’re staying with my parents during this time, because our house isn’t ready for us to move into yet, because actually it’s just been so lovely.”