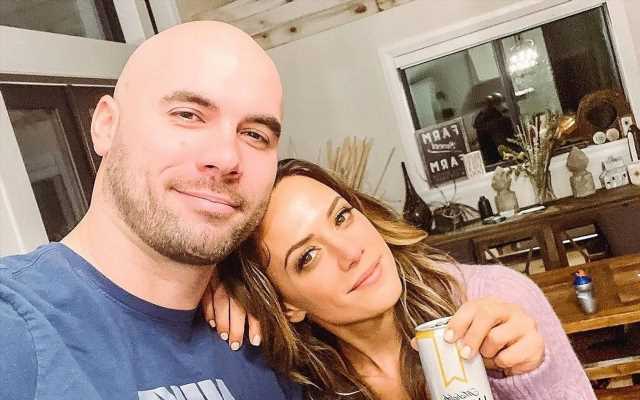 The former ‘One Tree Hill’ star reveal she went rampage by smashing her former husband’s game consoles and ruining his tuxedo following their bitter divorce.

AceShowbiz –Jana Kramer smashed Mike Caussin‘s games consoles and “wrote all over” his tuxedo after they got divorced. Splitting from the sportsman in April last year after he was unfaithful to her, the 38-year-old singer-and-actress told how she “shattered” the pantry door with a bat in a “real crazy” moment of rage once their divorce was finalised three months later.

“I shattered so many things in my house,” she told “Red Table Talk” when recalling how she was “mad as hell.” “So– no, there was this, like, pantry door. He wanted it to say ‘Pantry Door.’ I’m like, ‘Would you like to label every door?’ Like, ‘Bathroom Door?’ “

“So me and my girlfriends, we took a bat to it. And we just shattered it. And then, you know, I destroyed all of his Xboxes and all those things that he said was his only vice. I wrote all over his tux. I went real crazy for a minute.”

Jana – who has children Jolie, six, and three-year-old Jace with her former spouse – admittedly she had repeatedly forgiven Mike for his infidelity over the years, but eventually called time on their marriage after discovering he’d cheated with “more than” 13 women.

She said, “There were flags in the beginning, he had cheated a month into dating, but I’m like, ‘It’s OK, I’ve cheated in past relationships, and I didn’t forgive myself for it, so, I’m gonna forgive you.’ I can make this work. We can grow together. And in the marriage, too, every time he cheated, first, second, third — however many times, I’d be like, ‘I forgive you.’ “

Earlier this year, Jana explained she had tried to process her hurt by writing a letter to herself as Mike – who entered rehab for sex addiction in 2016 – in order to get the apology she “wanted.”

She explained, “I realised that for a year I was holding on to waiting for an apology and I realised that I’m never going to get it the way that I want it, [with] the words that I want spoken. My therapist, she made me write this letter from him. It was from me and that was in a way … even though it wasn’t his words, it’s what I needed to hear. And it was so healing and so helpful.”

“I remember just going like, ‘I don’t want to have to be the one to carry this stuff.’ He doesn’t care anymore. Why am I putting so much in? Forgiveness isn’t for the other person, it is for me so that I don’t have to be shackled down by the past.”