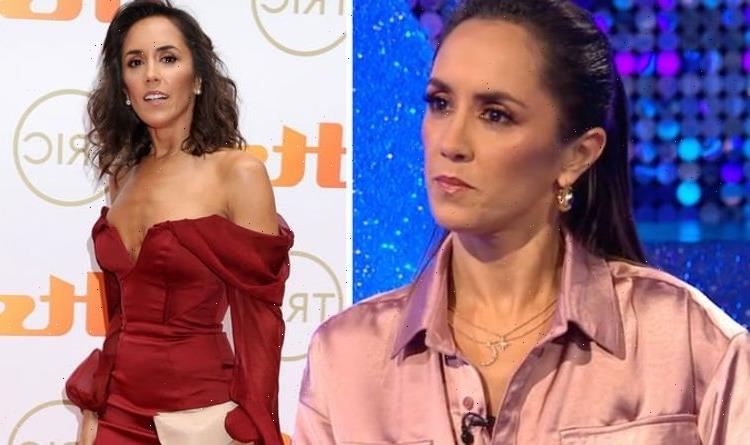 She took to Instagram to re-share a post from the official Strictly account, which read: “Robert Webb and Dianne Buswell are to leave Strictly Come Dancing.

“Robert has made the decision to withdraw from the competition due to ill health.”

Janette added a heartbroken emoji when she shared the post on her Story, in view of her 457,000 followers.

“We wish Dianne and Robert all of our love,” she said, when speaking on their departure on the spin-off show.

Robert, who underwent open heart surgery two years ago, was advised by his heart specialist to put his health first after noticing symptoms during training.

Of his exit, the 49-year-old said: “I’m extremely sorry to have to announce that I’m withdrawing from Strictly Come Dancing due to ill health.

“Two years ago I had open heart surgery and although I believed I was fit enough to take on Strictly and its demanding schedule, it became clear that I had bitten off way more than I could chew for this stage in my recovery.

“I had begun to feel symptoms that led me to seek an urgent consultation with my heart specialist, and it was her view that it would be better for the sake of my health to step back from the show.”

He went on to say: “I’m proud of the three dances that Dianne Buswell and I managed to perform and deeply regret having to let her down like this.

“I couldn’t have wished for a more talented partner or more patient teacher, and it’s a measure of Dianne’s professionalism and kindness that I was able to get as far as I did.

“Thanks too to everyone at home who voted for us.

Robert said he will continue to watch the show while supporting his “brother and sister contestants” in the competition, and expressed his disappointment at letting down his fellow heart patients.

“I hope they’re not too disappointed that I ran into the limits of my resilience much sooner than I’d hoped,” the actor added.

Robert’s partner Dianne wished him a speedy recovery and said she felt “lucky” to have been his partner.

“As a massive fan of Robert’s I was delighted to find out that he was joining the Strictly family. On top of this, to find out he was my partner was the icing on the cake,” she said in a statement.

“We made a great team, worked hard and had a good laugh along the way.

“I am so proud of the three amazing dances we produced. I know Robert had a lot more to give to the competition but his health of course comes first and I wish him a speedy recovery.

“I feel lucky to have danced with him and to call him a friend.”

“Robert you were brilliant, but health is our greatest wealth as they say,” she wrote on the picture-sharing site.

When Dianne spoke out on Instagram, she was inundated with messages from the cast of the show.

“Sending Robert much love and Dianne you are as ever Golden,” said former It Takes Two host Zoe Ball.

“We are gonna miss you on the Dance floor! All the love sis,” chipped in Gorka Marquez.