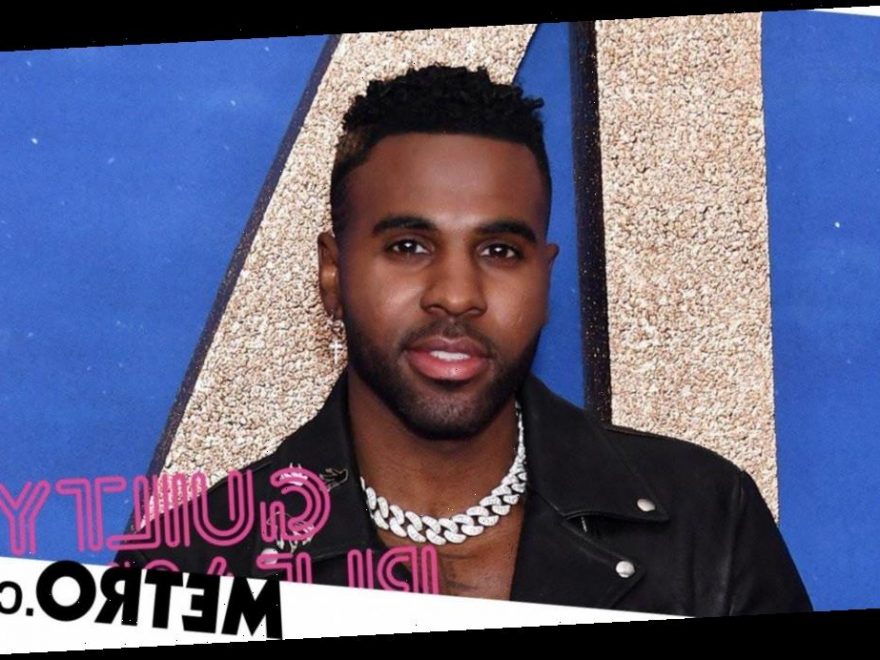 After previously confessing he banks ‘far more than £50,000 a post’, the American pop superstar insists there is no shame in earning a living from TikTok.

The Savage Love singer told Guilty Pleasures it is ‘most definitely’ a career option after raking in a fortune from his 33million followers. ‘People are killing it, it’s cool,’ said Jason, 31.

‘It’s fascinating that these people would have never had a platform to be seen by anyone.

‘I think it’s such a beautiful thing. It’s become this huge phenomenon and took over the world in such a short amount of time.’

As for his online cash cow, Jason explained he fell into it by accident after finding rival social media too narcissistic.

‘I have never been good at social media. It was always hard for me,’ said the Love Not War singer.

‘There was never an app that spoke to me. I felt like there were apps for everyone except me.

‘With Twitter, I’m not the type to tap my feelings and say what’s going on in my day. Instagram is kinda taking selfies and to show yourself and the best version of you. I’m not really the showboat type.

‘TikTok was about having a good time and having fun and being creative. I had a lot of fun doing it and kind of thrived because it just fit me really good.’

Dua Lipa doesn’t want people to think her success is purely because of her Physical traits.

The Future Nostalgia singer hit back at those who put her achievements down to her beauty, saying it ‘short-changes’ her accomplishments.

‘I’ve never really seen being pretty or beautiful as some kind of power,’ Dua, 25, spilled in an interview for Rolling Stone magazine. ‘It’s never been something that I identify with and I feel like I was a little bit short-changed in a way, because I don’t feel like I’ve gotten to where I am because of that.

‘I’m extremely hard-working and driven, and I feel like that’s the reason why I got to where I am, through my hard work and my drive.’

Hammer bows out of J-Lo comedy

Armie Hammer has pulled out of a new film with Jennifer Lopez after sexually explicit messages allegedly posted from the actor’s account circulated online.

Hammer, 34, was set to star alongside J-Lo in comedy flick Shotgun Wedding, but has left the production after what he described as ‘vicious and spurious’ attacks were made against him.

In a statement to The Hollywood Reporter, he said: ‘I’m not responding to these bulls*** claims but in light of the vicious and spurious online attacks against me, I cannot in good conscience now leave my children for four months to shoot a film in the Dominican Republic.’

Hammer was trending on Twitter at the weekend as disturbing messages allegedly sent from his account appeared online. The authenticity of the messages has not been verified.

2021 has been sheet so far, admits Lizzo

Lizzo may look stunning as she strikes a pose in the desert — but her high hopes for the new year seem to be deserting her as she spoke of a secret ‘heartbreak’.

The Juice singer, 32, is often pretty candid on social media about her highs and lows, and while Lizzo sizzled for this glamorous shoot, wearing only a bedsheet, she revealed her year hasn’t got off to the best start.

‘2021 has already left me disappointed w a broken heart,’ she posted to Instagram.

‘I am holding on to hope but it’s slipping through my grip.’

Lizzo continued: ‘Life is beautiful though, so I’ve decided to sit and feel everything. Though it hurts like h*ll… I am grateful for feelings.’

And she ended her message on a positive note, saying: ‘I will be happy.’

Michael B Jordan showed he is turtle-y into his new girlfriend Lori Harvey as the Black Panther star revealed her adorable pet name.

The couple, who only went public with their relationship this week, have been packing on the PDA since then, and that didn’t change on Wednesday, Lori’s 24th birthday.

She celebrated with a party for friends and family, showing off her 15 bouquets of white roses from Michael. The model then shared a picture of herself eating cake, to which the 33-year-old Creed actor replied: ‘Gimmie!! Sheeesh!! Happy Birthday Turtle!!’

And Michael’s own nickname? Lori replied: ‘Thank you nugget.’

They’re not Monkeying around, honest! Arctic Monkeys are working on new material — but fans need to be patient as the band are ‘facing various obstacles’.

Drummer Matt Helders, 34, revealed the group are making a follow-up to 2018’s Tranquility Base Hotel & Casino, but they have been struggling because of the pandemic.

During an Instagram Live appearance from LA, he said: ‘Being separated by the sea is one [problem]. We’re all eager to do it — we would have been doing it by now in a normal time.’

■ Demi Lovato will open up for the first time about her drug overdose in a new documentary. The singer, 28, said it had been two years since the ‘darkest point in my life’.

■ It must have been written in the stars… Celeste, 26, has said she’s releasing her hotly anticipated debut album a month early. Not Your Muse will now arrive on January 29.

■ Turns out that WAP cost a WAD of cash. Cardi B, 28, told her Insta followers the smash hit single cost $1million to make. Her debut single Bodak Yellow cost a paltry $15k in comparison.

How to get your Metro newspaper fix

Metro newspaper is still available for you to pick up every weekday morning or you can download our app for all your favourite news, features, puzzles… and the exclusive evening edition!