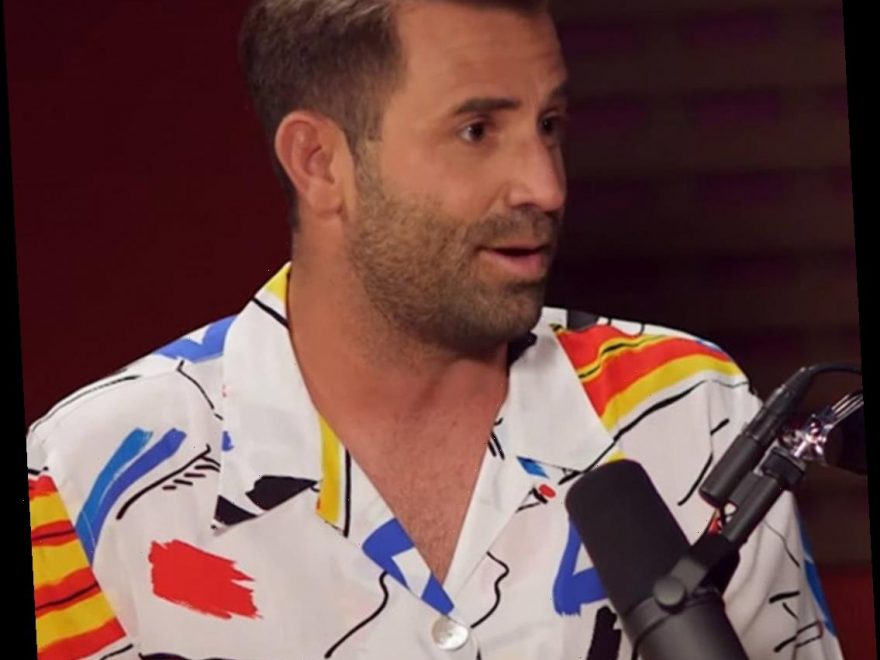 In a new interview, Jason Wahler revealed that his substance abuse battle grew "worse" after he joined Laguna Beach.

Laguna Beach star Jason Wahler revealed how his past struggles with drug addiction worsened after joining the MTV reality.

The now-33-year-old star told the Behind the Velvet Rope podcast that his experience with drug abuse began years prior to becoming a season regular on Laguna Beach. He explained, "I had addiction way before the show started, [but] it added fuel to the fire."

Jason added that once he began filming, "everything shifted" and he found himself "being paid to party and travel the world" at just 18 years old. "Most of your friends are looking for fake ID's and I thought I was living the dream," he recalled, adding that the lack of supervision didn't help either. "It was one of those things that you get so caught up into it and there was no one you could really talk to, or relate to, for advice or suggestions."

Eventually, he went to rehab during filming, sharing that he "didn't take it too seriously." But Jason said once he left the show and lost the routine, his addiction would get "worse."

He shared. "I had some accountability—not that I necessarily stuck to it back then—but when the show went off, it went straight to this partying every day and living that life."

What truly got him to sober up, Jason said, was the help of his parents. "I don't know how that didn't happen before, but it came to a point where the light came on for my parents," he recounted. "My dad in a therapy session just looked at me, and I had never seen him breakdown except for when his mom died, and he just looked across and he goes, 'Look Jason, I don't know what we're going to do… our marriage is suffering. There is just no intimacy. There is nothing there, we're like two planks of wood waiting for the phone call that you're dead.'"

Everything Jill Duggar & Derick Dillard Have Said on Family Separation

And that was what Jason called the "turning point" in his addiction struggles.

In retrospect, Jason said he's "happy" that he reached his low-point when he did. He shared, "I am so happy I have the education and the knowledge I do today."

Those life lessons have even helped him as he returned to The Hills: New Beginnings, explaining, "I basically have taken my story and continued it on a public level to give people hope and inspiration."

Though he admitted in February that he did "slip" in his sobriety.

But, as he has done so repeatedly over the years, the star sought help. He said at the time, "What keeps me going is the honesty, the transparency, and being vulnerable. By expressing vulnerability, it creates humility and lets people know they are not alone when this stuff does happen."