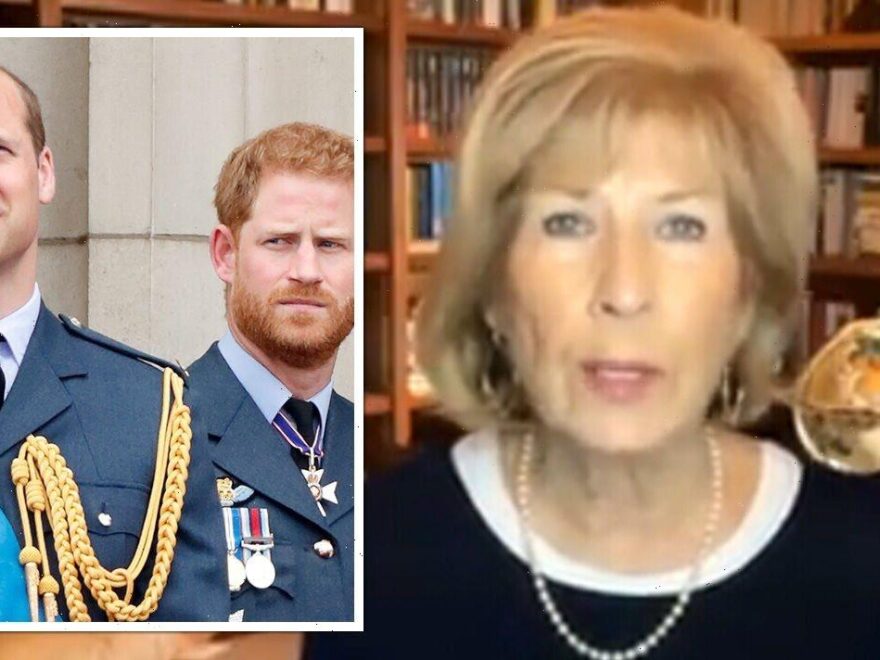 Prince Harry makes a serious of shocking claims about the Royal Family, and in particular his relationship with the heir to the throne Prince William. Jennie Bond blasted the Duke of Sussex on GB News over some of the admissions but leapt to his defence over his allegation that he was greatly unfairly compared to his brother.

Jennie remarked: “Harry will find offence in almost anything and everything.

“Shot through the whole book is the idea that he has been treated second class because he was born second.

“I do have a bit of sympathy with him on this actually that William gets away with stuff that Harry can’t and didn’t.

“Harry always got the flack for being the one who was out at the nightclubs and a bit disheveled and a bit drunk tipping himself out of a nightclub and then punching a paparazzi.”

“William misbehaved quite badly, well he had similar fun in nightclubs but he didn’t get caught,” she added.

However, Patrick argued: “I think there’s a certain irony there because one of the things that made Harry popular was this idea of him being a party animal and a Jack the lad.

“I think that’s one of the reasons why some people now are against him because they think he’s changed so fundamentally.

“I think people think there’s something quite endearing about this guy who would go out and get on it a bit.”

Jennie also dissected some of the claims the Duke of Sussex made in his autobiography.

He claimed he first found out about the death of his grandmother the Queen from the BBC website.

Patrick asked: “Let’s talk about the reason why, in his [words], found out the Queen’s death via a news website.

“Shouldn’t he have been on the same plane as Prince William?”

“There seems to have been a bust-up about whether Meghan could go or not,” Jennie replied.

“You know they are stuck together like glue and he was offended that his wife wasn’t invite to go up [to Balmoral] but then they smoothed they water by saying Catherine wasn’t going either because she was going to pick up the kids from school.

“But by that time the plane had already left, that’s how I understand the sequence of events.”

In his memoir, Harry explains he had a phone call from the then Prince Charles to say that the Queen’s health was worsening.

By the time his flight had landed in Scotland, he found out from a news website that his grandmother had died.

“When the plane started to descend I saw that my phone lit up. It was a message from Meg: “Call me when you get this,” writes Prince Harry.

“I looked at the BBC website. My grandmother had died. My father was King.”

Patrick Christys airs on GB News on weekdays at 3pm.