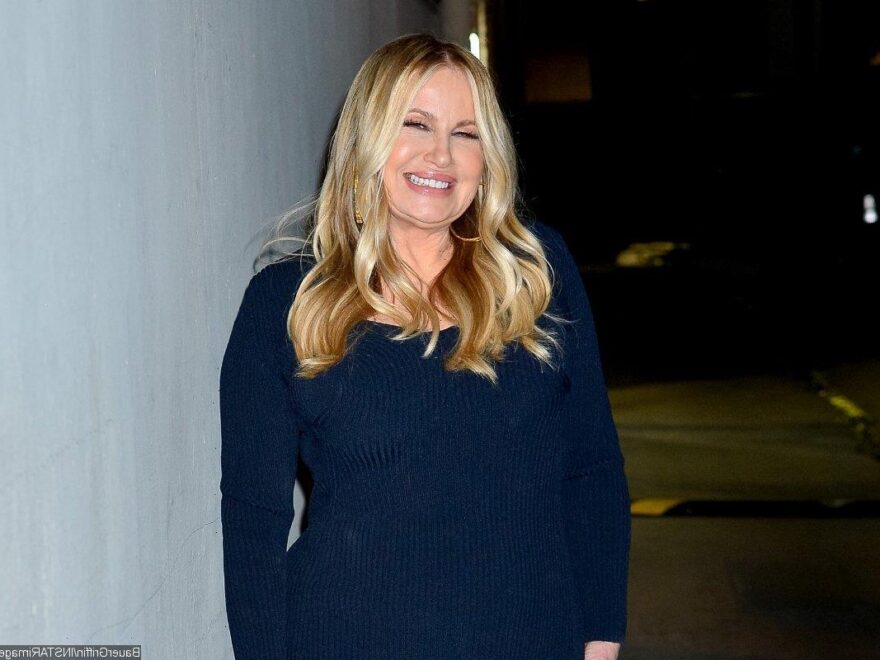 In a new interview, the ‘White Lotus’ star recalls the one time her passport wouldn’t ‘scan right’ during her travel from the U.S. to London, resulting in her being locked up ‘for nine hours in this little room.’

AceShowbiz –Jennifer Coolidge was once “locked up” by border control. The 61-year-old actress was travelling from the U.S. to London when she had issues with her passport and found herself detained by customs in the airport only to be offered a choice of noodles or crisps after waiting for several hours.

She told Entertainment Weekly, “For some reason, [my passport], it wouldn’t scan right, and next thing you know customs is calling me over. Next thing you know, they’ve locked me up for nine hours in this little room. Hour seven, they came in and said, ‘Would you like noodles or chips?’ I did opt for the potato chips over the noodles. It didn’t go well after that.”

Meanwhile, the “Legally Blonde” actress starred as Tanya McQuoid on the HBO series “The White Lotus“, which follows a group of vacationers at a resort chain, since 2021 and recently revealed that she would “absolutely” love Meghan, Duchess of Sussex to join the cast for a guest appearance.

Asked if she would like to see the Duchess, who was an actress known as Meghan Markle prior to marrying Prince Harry in 2018, she said, “I would absolutely [love] to see her! Absolutely! Meghan Markle? Yes, yes come on down!”

The “American Pie” star won an Emmy for her portrayal of the eccentric socialite on “The White Lotus” and admitted she was still “speechless” about her win as she teased that her character will have “some more problems” as the show moves from Hawaii to Italy for season two.

She said, “I’m still speechless about [the win]. Tanya was overwhelmed with grief in the first one and couldn’t really handle sort of putting her mother to rest but now I’m in Sicily and I’m there with my new husband but now I have some more problems.”