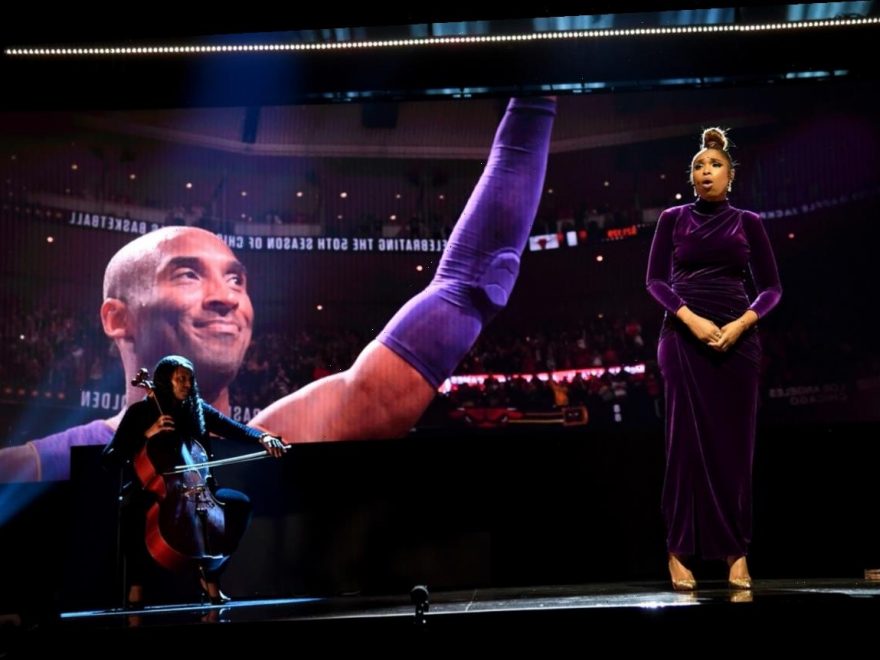 A basketball legend may be gone, but Jennifer Hudson just delivered a performance in his honor that no one will soon forget. During the 2020 NBA All-Star game on Sunday, Feb. 16, Jennifer Hudson paid tribute to the late Kobe Bryant with a special and very moving performance. The moment was meant to honor not only his life, but the life of his 13-year-old daughter, Gianna Maria Onore, as well as the seven other people who were killed in the tragic helicopter crash back in January.

Hudson decided to sing the iconic classic “For All We Know (We May Meet Again),” which was first made popular by Nat King Cole. As she belted out the lyrics, images of Bryant and Onore flashed by on the big screen behind her. Meanwhile, Common delivered a powerful tribute of his own just before introducing the players onto the court, using his verses as a chance to highlight the major impact Bryant had on the game of basketball and the legacy he left behind.

“You’ll bring out the best and the greats / And inspire others like 23 did for 8,” the rapper rhymed on stage, referencing the influence Michael Jordan (whose number was 23) had on Bryant while growing up.

Before the performances kicked off, Hudson was introduced by NBA legend Magic Johnson, who took a moment to say a few words of his own about his friend and fellow former Laker comrade. "We need to really embrace each other at this time, this tough time," Johnson said, as per E! News, just before asking the crowd to join him in an eight-second moment of silence. "Come together, love each other. Kobe would have wanted that. That’s very important. And if we can just have it quiet for eight seconds. God bless you."

This performance wasn’t the first time Hudson paid tribute to Bryant in a public fashion. At the time of his death, the Grammy Award winner took to Instagram to express her heartache over what happened. "It’s like every time I go to sleep and then wake up somebody else is gone," she wrote in a caption, alongside an image of Bryant. "This news hurts my heart so bad!"

Bryant was also previously honored at the 62nd Annual Grammy Awards mere hours after his death was made public. Host Alicia Keys and Boyz II Men sang an a capella verse from “It’s So Hard to Say Goodbye to Yesterday” during the ceremony, which took place at the Staples Center in Los Angeles.

But while Hudson isn’t the first to pay homage to the basketball legend, her performance will definitely go down in history as one to be remembered.