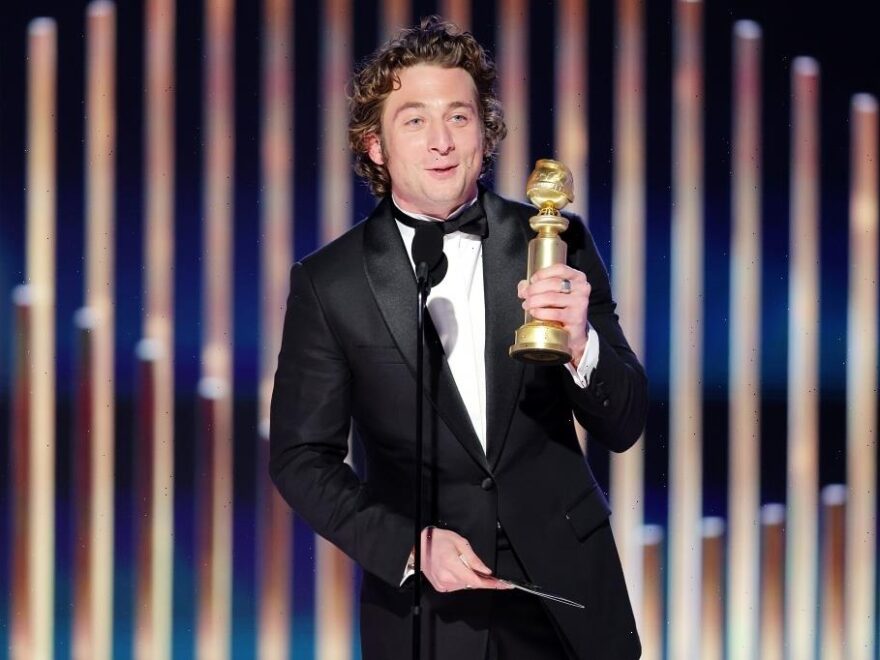 Jeremy Allen White has won the 2023 Golden Globe for best actor in a TV series, musical or comedy.

White began his speech with a surprised “Shit!” before giving thanks for the award:

This marks White’s first Golden Globe nomination and win. “The Bear” is also up for best TV comedy or musical tonight.

“Shameless” alum White won over critics and fans alike with his role as Chef Carmen “Carmy” Berzatto in FX on Hulu’s restaurant dramedy “The Bear.” The series, which follows fine dining chef Carmy as he tries to save his family’s struggling Chicago sandwich shop following his brother’s death, has been praised for its authentic portrayal of life in a professional kitchen setting, and for its exploration of characters through their relationships with food and each other.

“His life was so not full. It was so focused on industry and moving forward. I remembered a time in my life where I was really wrapped up in, not only my work — I think that can be a good thing — but also in success and whatever that meant to me at the time,” White told Variety in a recent cover story interview with himself and “The Bear” co-star Ayo Edebiri. “I think Carmy is, at times, battling with a similar thing. He’s in this very lonely place and any empowerment or confidence is coming from his craft and that leaves him in a very delicate and vulnerable position.”