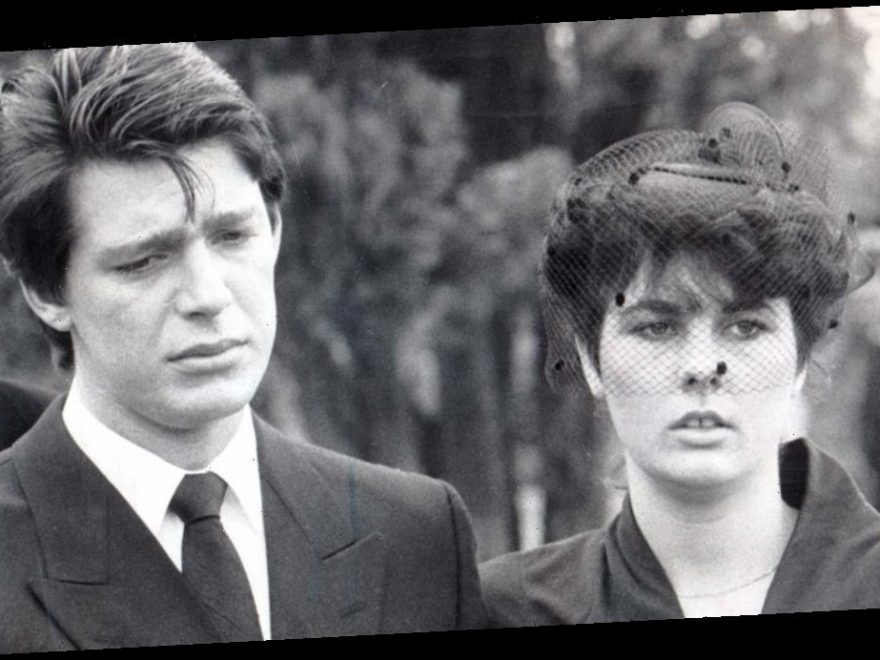 To the outside world, Jeremy Bamber played the role of the son consumed by grief as he buried both his parents, his sister and his two young nephews.

Pictures from the funeral of the five members of his family show how the then 24-year-old had to be supported by his girlfriend as he sobbed uncontrollably.

But behind the tear-stained facade hid a chilling killer who had butchered his entire family in cold blood.

Nevill and June Bamber had adopted Bamber when he was just a baby, four years after they gave a home to his sister, Sheila.

The wealthy farming couple gave their children everything money could buy, including a private education.

They even paid for Bamber to spend time in New Zealand and Australia when he finished school.

And when he came home, gave him a job on the farm, along with a cottage he lived in rent-free and a car.

But Bamber was furious at the low wages he was being paid and regularly complained to his girlfriend, Julie Mugford, about his family, chillingly explaining how he would kill them.

On the night of the murders bamber himself was the one to call police and report trouble at White House Farm.

He told officers his father had called him and told him his sister, who was battling mental health problems, had "gone beserk" with a gun.

Bamber was told to head to the home and wait for police, who were horrified at the gruesome scene when they finally got into the house.

Nevill had been shot eight times and was found downstairs.

Bamber's mother and sister had been gunned down in his parents bedroom, while his two young nephews, Nicholas and Daniel, were shot in their beds.

During the funerals and for an entire month, Bamber convinced police that his sister Sheila had carried out the murders before turning the gun on herself.

But cracks were starting to show in his explanations long before he was finally arrested.

Bamber simply could not keep up the pretence that he was innocent and his increasingly erratic behaviour had those close to him worried.

Even on the day he buried his family, Bamber's mask was starting to slip.

Two relatives claim he made smutty jokes on the way to the crematorium.

And his cousin, David Boutflour, said: "Jeremy was terribly distraught throughout the service but when we got down the road and out of sight, Jeremy looked back at us and gave us the biggest grin – it was chilling."

At the wake, Bamber's behaviour only became more bizarre.

Det Insp Robert Miller, the man who would eventually lead the investigation into the murders, remembers how he was "leaping down the stairs, giving it all that.

"He opens his jacket and points to the label and says, 'that's me now – the Boss'."

Detectives on the case were now starting to have serious suspicions about the supposedly grieving son.

And when Bamber's girlfriend, Julie, changed her statement dramatically, they knew they had found the real killer.

Julie told officers hat Bamber had repeatedly told her that he wanted to "get rid of all" his family.

Julie told police she assumed it was "idle talk" even though Bamber had gone into specifics about how he would murder his parents.

She said he'd discussed sedating his parents with sleeping pills and then setting their home on fire, while also saying that Sheila would make a good scapegoat.

Then, on the night of the murders Julie said Bamber had called her just before 10pm and said he was "p***** off" and had been thinking about killing his parents all day.

She claimed he had told her it would be "tonight or never".

Then, when she had told officers the original phone call had happened at 3am, she now expanded on what had actually been said.

In Julie's statement she said he called and told her "everything is is going well. Something is wrong at the farm.

"I haven't had any sleep all night … bye honey and I love you lots."

It was enough for police to arrest Bamber and charge him with the five murders.

The following year, after an 18 day trial, he was convicted of the killings and ordered to spend the rest of his life in jail, one of just a handful of people in the UK to be handed such a sentence.