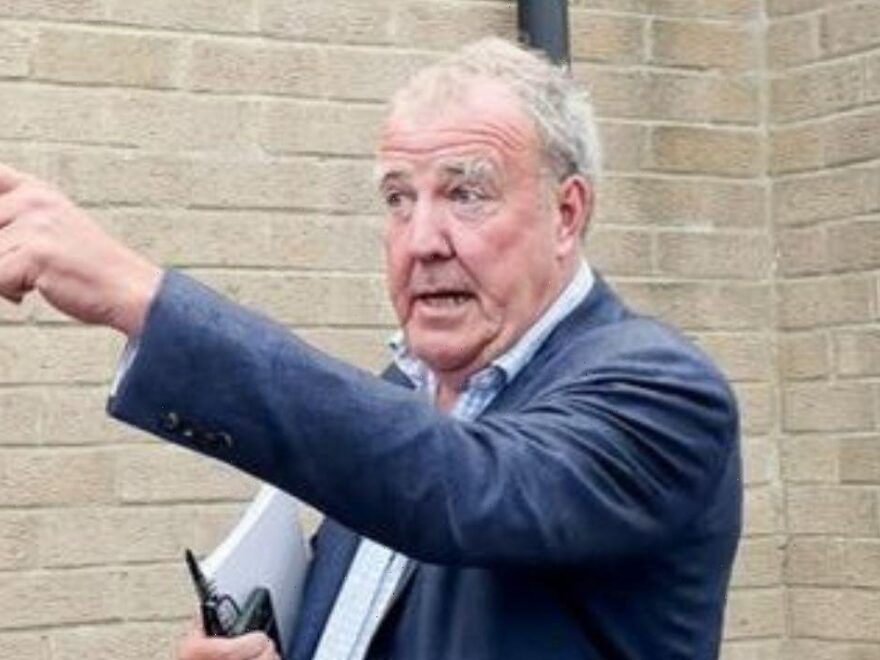 Jeremy Clarkson, 62, had written about his “hatred” for Meghan Markle and that he dreamt about excrement being hurled at her while she was paraded through the streets naked, after watching her controversial Netflix documentary with Prince Harry. Now, amid criticism from some of his fellow celebrities, he has aimed a new dig at Meghan.

Referring to the Christmas holidays, he wrote in his final column of the year for The Times: “I hope yours is happy too and that all of you (except Meghan Markle) have a great break. See you on the flip side.”

The intensity of his vitriol towards Meghan left some open-mouthed, and questioning whether anyone could hate her quite as much as he did.

The Clarkson’s Farm star had previously suggested he despises her to the extent that he is struggling to sleep at night.

“I lie there, grinding my teeth and dreaming of the day when she is made to parade naked through the streets of every town in Britain while the crowds chant, ‘Shame!’ and throw lumps of excrement at her,” he exclaimed in The Sun.

He added that he sympathised with Prince Harry, describing him as a “glove puppet” with “no more control over what he says or does than Basil Brush”.

Jeremy then caused a stir by suggesting his contemptuous feelings for her are stronger than the ones he has for convicted serial killer Rose West, as he hates Meghan on a “cellular level”.

He then insisted that “everyone” in his age group feels the same way about the former working royal, who married Prince Harry in 2018.

“Not on any level, in any circumstance, is it ok to write this stuff about any woman.”

The 61-year-old, who is just months younger than Jeremy, added: “Absolutely NO to ‘everyone who’s my age thinks the same’. No no no.

“We absolutely do NOT think the same. Listen to the noise Jeremy. The crowds are chanting ‘shame on YOU’.”

The presenter wrote on Twitter: “I get that it’s his job to provoke a response with his words but does Jeremy Clarkson, or indeed anyone, actually feel like this about Meghan Markle?”

Some of his followers replied, declaring Jeremy “unhinged”.

Dan then added: “I can’t fathom how someone can have that much hatred in them.”

@PadCelBlu replied to Dan that comparing Meghan to Rose West was “absolutely ridiculous”, although others dismissed the remark as “tongue in cheek”.

Meanwhile, comedian Kathy Burke, who also watched the Harry and Meghan Netflix documentary declared that the couple are “pretty great” in her eyes and that she is touched by the relationship Meghan has with her “gorgeous mum Doria”.

She added: “Wishing them continued happiness and people like that colossal c*** Clarkson continued pain with the thought of it.”

Meanwhile MP Jacqui Smith tweeted: “I’m your age @JeremyClarkson and I couldn’t disagree more with you. Why do you have to be so horrible? I can’t believe it’s good for you and it certainly isn’t good for the rest of us.”