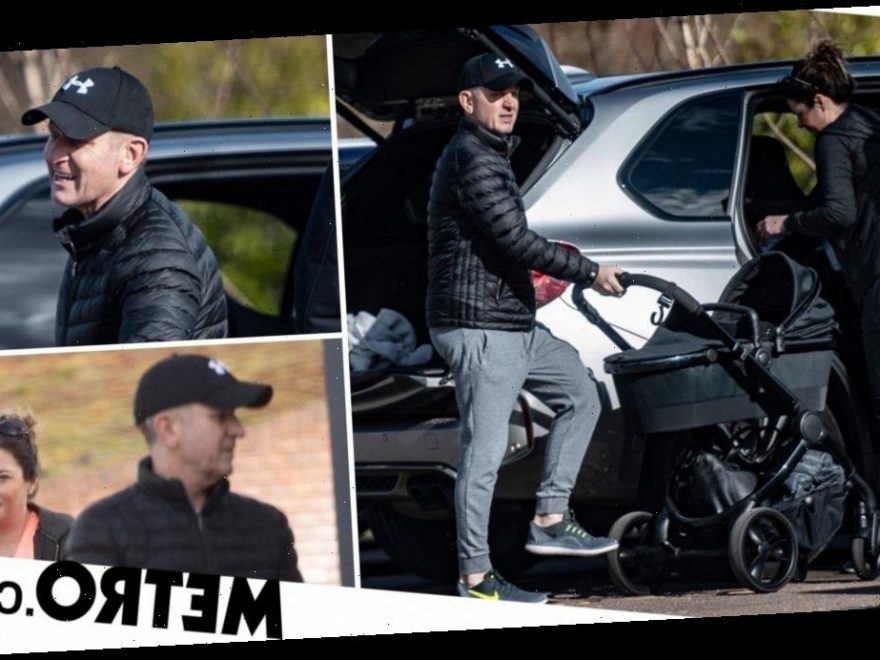 Jeremy Kyle has been photographed with his fiancée and newborn son, as he was seen for the first time since his comeback to TV was confirmed.

The talk show host, 54, was seen walking around a park in Windsor with his new baby and fiancée Vicky Burton, as he was approached by fans wanting selfies.

Vicky had given birth to the baby boy in January, and he is Jeremy’s fifth child, after daughter Harriet, 29, with his first wife Kirsty, and children Alice, 16, Ava, 14 and Henry, ten, with his second wife Carla.

It’s the first time Jeremy has been spotted since it was confirmed he would be returning to TV to ‘have his say’ after The Jeremy Kyle Show was axed in May 2019 following a participant’s death by suicide.

His new management, The CAN Group, confirmed his return to television, writing on Instagram: ‘We are pleased to announce that Jeremy Kyle has now signed exclusively to The CAN Group.

‘Jeremy’s runaway UK success was the catalyst for two syndicated US series as well as stints presenting two other ITV juggernauts, This Morning and Good Morning Britain.

‘Known for his honest, engaging opinions, Jeremy has also authored numerous columns for The Sun and a bestselling book for Hodder & Stoughton.

‘A committed father and family man, he’s also a cancer survivor who has miraculously just welcomed a new son (and grandson!) into the world.

‘And after a year spent battling the unimaginable consequences of a devastating tragedy, Jeremy Kyle will be back soon to have his say: WATCH THIS SPACE!’

The Jeremy Kyle show was cancelled after the death of a guest on the show, 62-year-old Steve Dymond, who took his own life before the episode where he failed a lie detector test was aired.

The show was also rocked by the death of one of its producers this week, 31-year-old Natasha Reddican, who also took her own life.

Natasha had worked on the show from October 2014 until May 2019 when the show was pulled off air, and later went on to work for BBC’s Plastic Surgery Undressed.