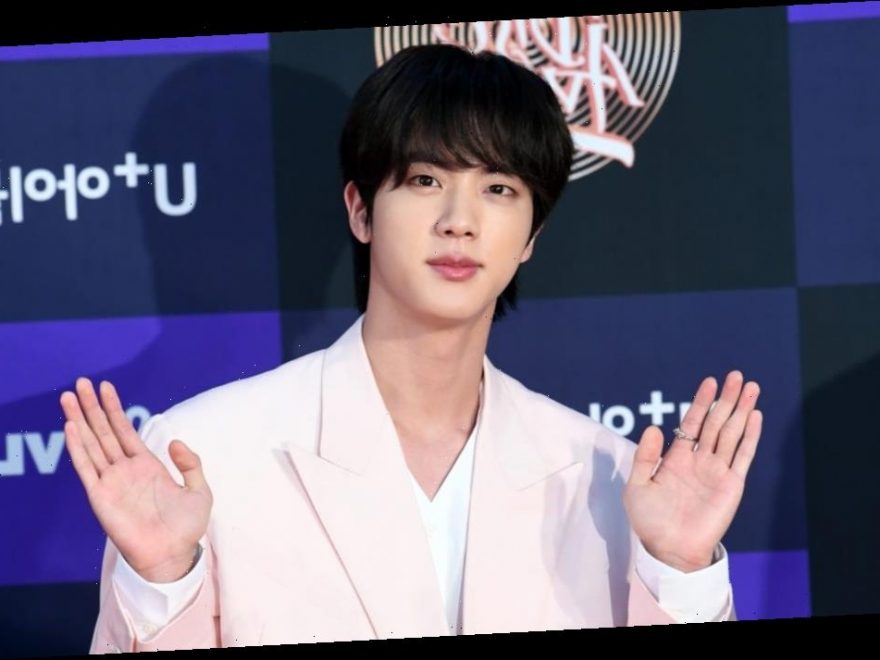 With songs like “Black Swan,” “Outro: Ego,” and “On,” Map of the Soul: 7 is a favorite among many BTS fans. The meaning behind these songs, Jin explained, was somewhat of a confessional for the members of this K-pop group.

The BTS members, RM, Jin, Suga, J-Hope, Jimin, V, and Jungkook keep busy. Only a few months after Map of the Soul: Persona premiered, this K-pop group debuted a new album with a whole new aesthetic. Map of the Soul: 7 included hues of blue, black, and yellow, especially in music videos for “On” and “Black Swan.”

Although the idols originally planned to tour with this new music, due to the coronavirus (COVID-19) pandemic, they’ve since had to postpone live shows. Still, they managed to sneak in a few performances and interviews around the time the album released.

Jin described this album as a ‘confession’

With songs like “Black Swan” and “On,” this is definitely more of an introspective album for BTS. During one interview with Buzzfeed, the K-pop idols described the meaning behind their recently released album.

“Map of the Soul: 7 is about being seven members in one team. It has been seven years and we’re now looking back,” Jin said. “We sang about the world and our image in our last album Map of the Soul: Persona, and this time we wanted to show something different. What we’ve [accomplished] and our emotions now, we’ve revealed our deep selves that we wanted to hide [on this record]. This is our confession.”

“Map of the Soul: 7 contains stories about each of us individually, but I think it’s more appropriate to say it’s our story,” J-Hope added. “These are the emotions we felt in the last seven years and how we felt about our fans, so I hope that fans will also feel and share these emotions.”

The BTS members are expected to release another album this year

Even though Map of the Soul: 7 premiered less than a year ago, this K-pop group is expected to drop new songs in the coming months. However, the theme and title of this album is still a mystery to fans.

Still, they decided to get out their first single as soon as possible, an upbeat and retro song performed entirely in English, “Dynamite.” In turn, this song broke a few records for the performers, reaching No. 1 on the Billboard Hot 100 Music Chart.

The “Dynamite” music video is now available on YouTube. Music by BTS, including their recently released album, Map of the Soul: 7, is available for streaming on Spotify, Apple Music, and most major platforms.