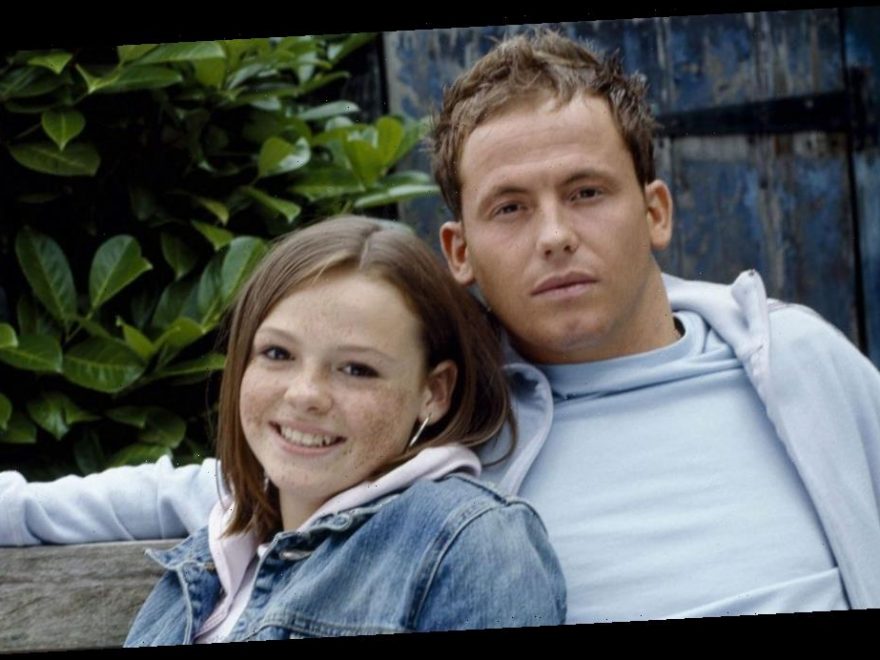 Joe Swash is the darling of the nation after winning an army of new fans with his performances on Dancing On Ice.

The presenter has won a place in the final with his professional partner, Alex Murphy, following his emotional performance in last week's show.

There was a dry eye when he dedicated one of his performances to his late father and skated to the song that was played at his dad's funeral.

Joe said: "Unfortunately my dad passed away when I was 12 and this song was played at his funeral.

"The song changed. Now every time my mum plays it, it brings back bad memories. I want to give it back to her. Give her new memories for the song."

He was awarded an impressive score of 38 and admitted he'd found the performance "really difficult".

Emotional pro partner Alex, who was close to tears, added: "I just wanted him to have a happy memory.

"There was a lot of pressure to do that routine. I’m happy he has something to go home with."

And Joe's eldest son was in the audience, proudly watching his dad skate.

In a lovely surprise, singer Mick Hucknall wished Joe all the best for his performance and invited his family to come to his next gig as special guests.

Before Dancing On Ice Joe had already carved out a successful career as a television presenter and could not be happier with his partner, Stacey Solomon.

Joe and Stacey love to share the adorable details of their family life with baby son, Rex, her two sons Leighton and Zachary, from a previous relationship, and Joe's lad, Harry.

Stacey often speaks candidly about their lives as one fo the Loose Women and Joe couldn't look happier.

Joe found his niche as a TV presenter after being crowned King of the Jungle in I'm A Celebrty back in 2008.

A raft of presenting jobs has followed, including I'm A Celeb: Extra Camp, Minute To Win It and many other ITV2 shows.

But before he entered the jungle, Joe was best known for his role as Mickey Miller in EastEnders.

He played the loveable rogue for five years before he was brutally axed along with his on-screen dad.

BBC bosses claimed  they had run ot of storylines for the popular character as they had "run out of steam".

At the time, Joe's friend said: "They were told their characters had run out of steam by EastEnders boss Diederick Santer.

"But he soon realised if the stories weren't there, he didn't want to be just going through the motions."

Joe returned for a one of appearance on the show in 2011 and delighted Dancing On Ice fans when he was joined on the rink by his real life and on-screen sister, Demi, played by Shana Swash.