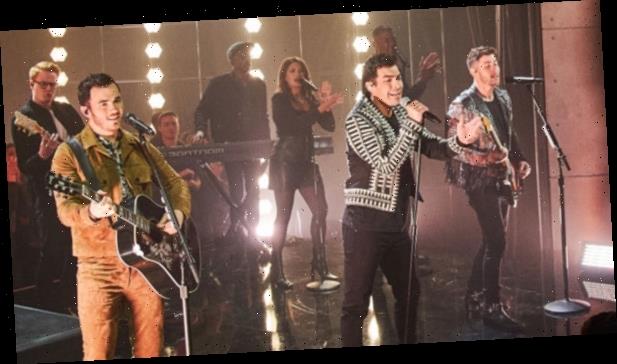 The Jonas Brothers have given us a brand new performance of their new hit song “What’s A Man Gotta Do” and you can watch the video right here!

Nick, Joe, and Kevin hit the stage on The Late Late Show with James Corden, which was aired on Wednesday night (February 12). The performance was likely pre-taped as the group has been touring around Europe this month.

PHOTOS: Check out the latest pics of Joe Jonas

Earlier in the day, it was revealed that Joe and his wife Sophie Turner are expecting their first child together.

“What’s A Man Gotta Do” will be featured on the JoBros‘ next album, which they recently confirmed is on the way. We can’t wait!