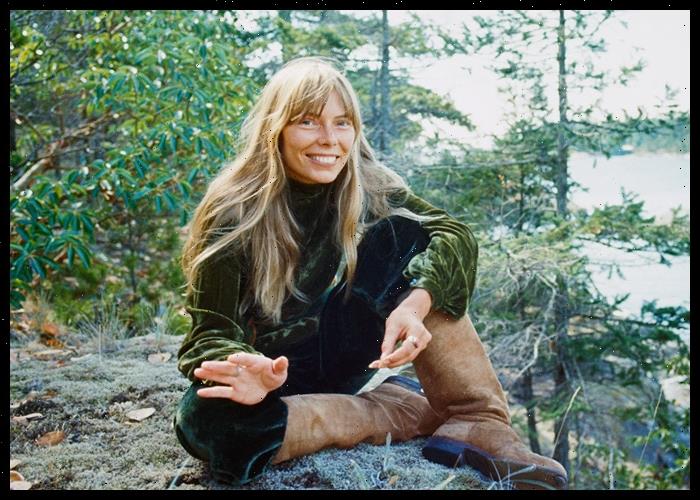 Joni Mitchell has announced that she will be releasing The Asylum Albums (1972-1975) box set on September 23.

The collection features newly remastered versions of For The Roses (1972), Court And Spark (1974), the double live album Miles Of Aisles (1974), and The Hissing Of Summer Lawns (1975). Bernie Grundman recently remastered these albums.

The box set will be available on 4 CD and 5 LP 180-gram vinyl limited to 20,000 copies, as well as digitally. The newly remastered version of “You Turn Me On I’m A Radio” from For The Roses is available on all digital download and streaming services.

The cover art for the set features an original painting by Mitchell and includes an essay written by Neil Young.

“Joni’s music is so deep and transporting,” Young writes. “She comes right from the source. There is no mistaking it…For The Roses, Court And Spark, Miles Of Aisles, and The Hissing Of Summer Lawns…are all classics in my book.”

He adds, “I listened to every album as it came out. The musicians she played with were always above my abilities. She had grown from folk to jazz and in between, creating a unique kind of sound that I loved to listen to over and over.”