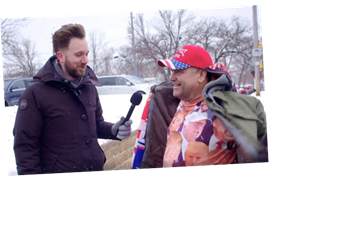 “The Daily Show” correspondent met assorted characters aboard the “Trump Train,” as one avid supporter called it, and quizzed them on their feelings about the president’s impeachment.

His other interviews included a “quid pro crow,” a discussion on the president’s “tweetings” and a stunning shirt that Klepper described as the stuff of his nightmares.

Check on the report below.