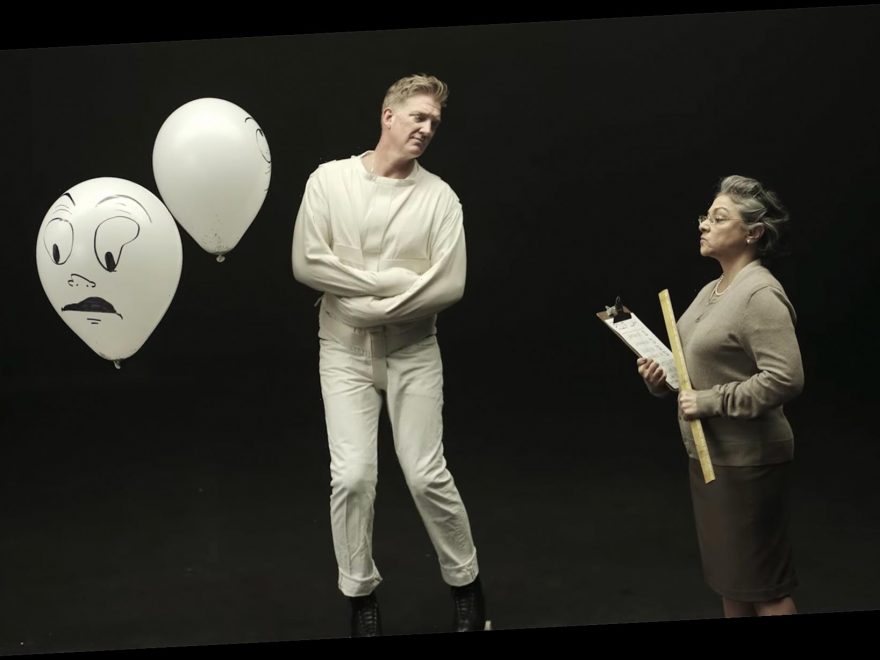 Josh Homme skates gracefully through a surreal fever dream in the new video for Desert Sessions’ “Easier Said Than Done.”

Directed by Chapman Baehler, the clip wastes no time in grabbing your attention as a Hitler look-alike enjoys a picnic with a demon of some sort. Their good time, however, is promptly interrupted when Homme — strapped in a straight jacket and on roller skates — appears and urinates on the fascist dictator.

Homme launched his collaborative Desert Sessions project in 1997 and has invited an array of musicians to participate in the long-running stoner/hard-rock series. Arrivederci Despair and Tightwads & Nitwits & Critics & Heels marked the first Desert Sessions records since 2003’s I See You Hearin’ Me and I Heart Disco.

Along with sharing the video for “Easier Said Than Done,” Homme has also launched “The Bizarre Bazaar,” a new bi-weekly series of Desert Sessions-inspired art that will be auctioned off for charity. The first item up for sale is a quilt designed by textile artist Ben Venom. Proceeds will benefit Homme’s Sweet Stuff Foundation, which helps fund music programs for children and provides support to members of the music community struggling with health issues and disabilities.