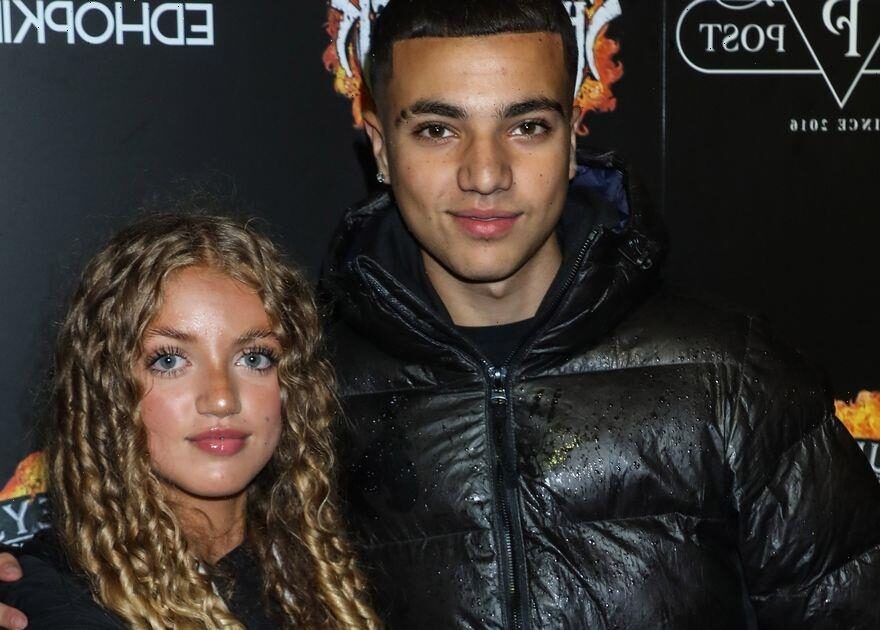 Junior and Princess Andre hit the red carpet together on a rare siblings' night out.

The eldest son and daughter of Peter Andre, 49, and Katie Price, 44, are known to share a great bond and they looked close as ever as Junior, 17, wrapped an arm around his younger sister Princess, 15.

Princess looked casual for the occasion in a black tracksuit paired with Nike trainers and a black puffa jacket as she showed off her model looks inherited from her mother Katie.

Her usual heavy makeup was toned down for the occasion, as she sported mascara and a slick of pink gloss, whilst her naturally curly locks hung to her waist.

Up-and-coming music star Junior coordinated with his little sister in a black outfit consisting of a leather look puffa jacket and dark trousers as they attended the opening night of Tulley's Shocktober Fest.

Junior has made waves in the music industry with his debut single Slide, which hit No1 in the UK's iTunes pop chart hours after its release in June.

A month later, Junior performed his first gig at Shutdown in Sunderland, and his proud father Peter – who's enjoyed his own successful music career – took to Instagram to share a video of the crowd's positive reaction.

In the clip, fans can be heard singing along to Junior's song, as well as screaming when he jumped off the stage and went closer to them.

Writing in the caption, Peter said: "Beyond proud of your first ever gig son. so much more to come. #Slide #proudpops."

Princess, meanwhile, looks to be following in her famous mother's footsteps as she often posts a number of glamorous snaps to Instagram.

Recently, she was even called " the most beautiful girl in the world " by fans, after posting a snap of herself wearing a black dress on holiday.

Her protective dad Peter has spoken about feeling "funny" when his 15 year old daughter wearing makeup, as he told New! magazine : "When it comes to things like that, every parent will be different.

"Although Princess enjoys make-up, I'm still funny about her posting pictures wearing it as I think she's a natural beauty. But as I've always said, it doesn't mean I'm right."

Junior and Princess often show their love and support for each other on social media, with Junior commenting: "Sis", with a red love heart on her holiday pic, and she posted that she was "so proud" of her brother when he signed his record contract with Columbia Records.