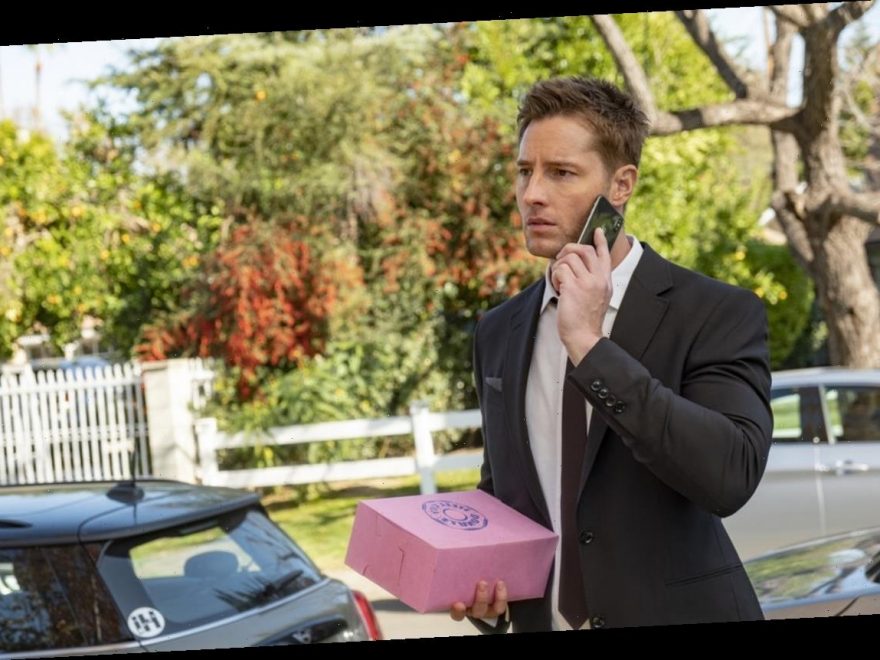 Spoilers ahead for This Is Us Season 4, Episode 12. Possibilities for Kevin’s future fiancée multiplied last night, after the troubled Pearson slept with Madison, not Sophie, in the Jan. 28 episode. And, in a recent chat with Entertainment Tonight, Justin Hartley reacted to This Is Us fan theories about Kevin’s fiancée and the mother of his child. Overall, and understandably so, Hartley remained tight-lipped, but the actor did discuss who his character might end up with in the future.

Right now, Sophie seems like the only logical choice for Kevin’s future love, minus her current engagement to some guy named Grant, but, as Hartley said, never say never when it comes to This Is Us. "I wouldn’t say it’s the end," he told ET about Kevin and Sophie’s story following Tuesday’s episode. "I wouldn’t say that [Kevin’s pregnant fiancée] is going to be Sophie," he teased, adding, "I think we’ve left it in a way where we’ll see what happens."

Plus, Hartley also hinted to TVLine that fans might finally get to see the face of Sophie’s mysterious fiancé. Whether or not viewers will get to meet Grant by Season 4’s end is unclear, but when asked Hartley said, "Probably. Eh, maybe? Maybe. Maybe." If we do get to meet Grant, this means Sophie could make her return — and end up with Kevin in the process.

This noncommittal answer leaves the door open for one possible reunion theory. Sophie recently found her grandmother’s emerald ring, the one Kevin so badly wanted to give her after they first got married, and could be a pretty big hint that the two are end game. This Is Us doesn’t drop details like that for nothing.

Of course, This Is Us is going to keep fans guessing as long as they can. Hartley also hinted to ET that more people from Kevin’s past "could come back into his life. Whether Kevin’s fiancée is Sophie, Zoe, Cassidy, Lizzy, or now even Madison, Hartley said that the "possibilities are endless."

As for Madison, Hartley said that there will be more to Kevin and Madison’s story. "I don’t think our show would do something like that, show you something like that and then not tell a story to go along with it," he told ET about the two having sex. Hartley also confirmed this to TVLine, promising that Madison and Kevin will be revisited a couple episodes down the line. "It’s hilarious. It’s out of control hilarious," he said.

For those wondering if Sophia Bush’s Lizzy will be Kevin’s OTP, even though she’s married, Hartley isn’t entirely sure. "There are many things that could happen to tell a story of her coming back," he told ET. So, basically, no one can be ruled out as Kevin’s potential future partner. Keep those theories coming!