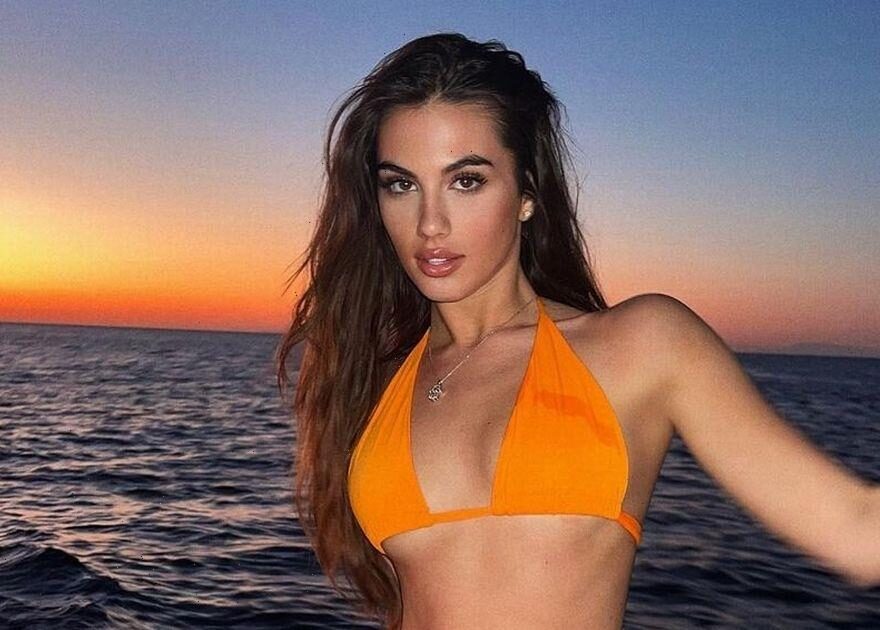 The Apprentice star Baroness Karren Brady looks like the spitting image of her glamorous influencer daughter in a stunning throwback picture.

Karren shares similar features with her daughter, Sophia Peschisolido, including her brunette hair and flawless skin in snaps taken almost 30 years ago.

Sophia has built up a following sharing gorgeous snaps online with Instagram fans hailing her 'the most beautiful woman’.

The 24-year-old boasts more than 365,000 Instagram followers and she is engaged to her partner Frankie Makin.

Sophia, who is an influencer, documents her travels on the social media app as she shows off her picture-perfect life across the globe.

She isn't shy to share pictures flaunting her curves in bikinis online on her well-manicured feed and according to her page, the fashionista has traveled to Dubai, Mykonos, Toronto, Ceprano, and more.

Her mother first came into the limelight when she became the youngest managing director of a UK plc when she began working at Birmingham City FC back in 1993.

Karren has spoken about the sexism she encountered during her time at the club. She once got onto a team bus and heard a player say “I can see your t*ts from here".

She replied: “When I sell you to Crewe, you won’t be able to see them from there, will you?” and she sold him soon after.

Karren met her husband, Canadian football manager and former player Paul Peschisolido when he was playing for Birmingham City and the couple have two children together – Sophie and Paolo.

The star also sits in the House of Lords and has been Small Business Ambassador to the UK Government, while also writing four books, including two novels.