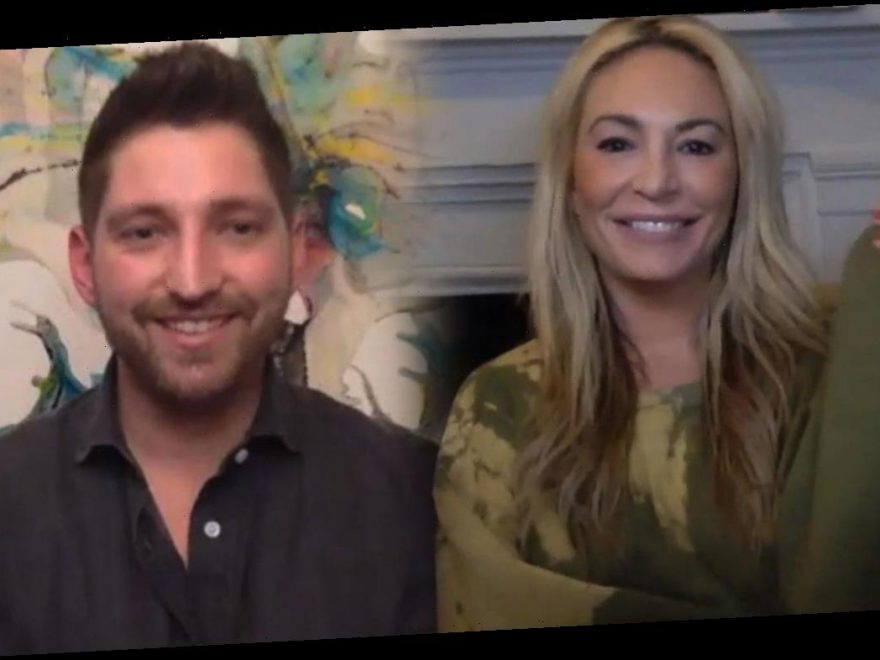 Kate Chastain may not have given up yacht life for good. The longtime Below Deck star walked away from her chief stewardess duties after season 7 of the Bravo hit, but now she says she’d consider a return, under one surprising condition.

“I have an idea of how this is going to work,” the Bravo’s Chat Room host tells ET over video chat, alongside fellow Below Deck alum Josiah Carter. “Josiah, I think you should be chief stew next season, and I would come back to be the third stew.”

“The third stew gets the worst job!” Josiah fires back, to which Kate says, “Exactly.”

“You’re down in the laundry hiding,” she says. “I’d just be down there with my music saying, ‘Hey, guys…’ You get to be part of it with zero responsibility. When you’re third stew, you don’t realize how wonderful life is.”

“You don’t realize how lucky you are until you’re second stew and then you’re like, ‘Oh, I wish I was third!'” Josiah adds.

Fans last saw Josiah as second stew on season 6 of Below Deck, but he’s open to Kate’s return plot. While he’s been enjoying land life with his partner, Michael Groves, in the U.K., he hasn’t hung up his yachtie stripes for good.

“I took a bit of a break from it,” he shares. “I’ve done a few kinda freelance things. I don’t see myself going back full-time, traveling all the time, because you can’t necessarily have a relationship. It’s quite hard to have a normal life. But I’ll go back and do a season here or season there for sure.”

“I won’t even make mustard gas,” Kate promises to her potential future boss, poking fun at a laundry mishap by one of season 8’s stewardesses, Elizabeth Frankini. Kate and Josiah are getting in a lot of that kind of commentary as part of the new Below Deck sister series, Below Deck: Galley Talk. The show sees show alumni watch and comment on episodes of the show, in the vein of the much-missed Bravo series The People’s Couch.

“I was actually a little hesitant to do it at first,” Kate admits. “I was like, hey, listen — I’ve done Below Deck for six years. I’ve watched it, lived it. I’m kind of like, I’m not sure I have anything else to say at this point about drunk charter guests. I’ve got no more jokes about it. But, actually, I think this was such a good idea, because it made me so nostalgic for working with Josiah, or the Johnson siblings. Just seeing everybody. Even if I didn’t work with them, I’m like, ‘Oh, I missed Colin!'”

“I can finally watch [the show] with someone who’s done it as well, so they can get the stress that we actually go through,” Josiah remarks. He’s joined by Julia on the couch, while Kate filmed her reactions alongside Connie.

From unintentional chemical warfare in the crew quarters to charter guests being so badly behaved that their trips end early, season 8 of Below Deck has been full of franchise firsts, but Kate and Josiah say the FOMO isn’t that great. They like enjoying the drama from a distance, then tucking themselves into their own beds at home.

“There was one scene where I was like, ‘Oh gosh, maybe I do miss it…’ and that was seeing the beautiful Caribbean backdrop,” Kate confesses. “But that might be because I’m starved for a vacation, because nobody is traveling. You know, I miss vacations. I need to remind myself, I miss vacations, not working.”

At the start of season 8, Captain Lee Rosbach told ET he’d like to see Kate return to the show as a charter guest, something she is very much onboard with.

“Oh yeah, obviously as soon as we are allowed to travel I’d like that to happen,” she says. “I would simultaneously be the best and the worst charter guest. It’s kind of like when you go out to eat at a restaurant, but you’ve worked at restaurants before. I’m so kind and pleasant, but the minute they walk away from the table I feel bad for the person dining. I’m like, ‘You know, I did say no tomato. They put extra. It’s fine. It’s fine. It’s fine. It’s fine…’ ‘I said medium rare, it’s actually well done. It’s fine. I’m not going to say anything. I’m just saying.’ You know?”

“I know that, just muscle memory,” Kate continues. “Any time I step foot on a boat — like big, small, whatever size boat — I just … I go to them and I’m like, ‘Anybody need a drink? Like, how much ice do we have? Do we have ice? I’ll make you a drink. Your Coke is looking low. OK, we’ll refill it. I would probably be helping out.”

If Kate and Josiah do make it back to Below Deck, they both have one thing in common they need to check off their yachtie bucket list.

“I have never gone down the slide,” the two admit, in unison.

See more of Kate and Josiah on Below Deck: Galley Talk, airing Fridays at 8 p.m. ET/PT on Bravo.