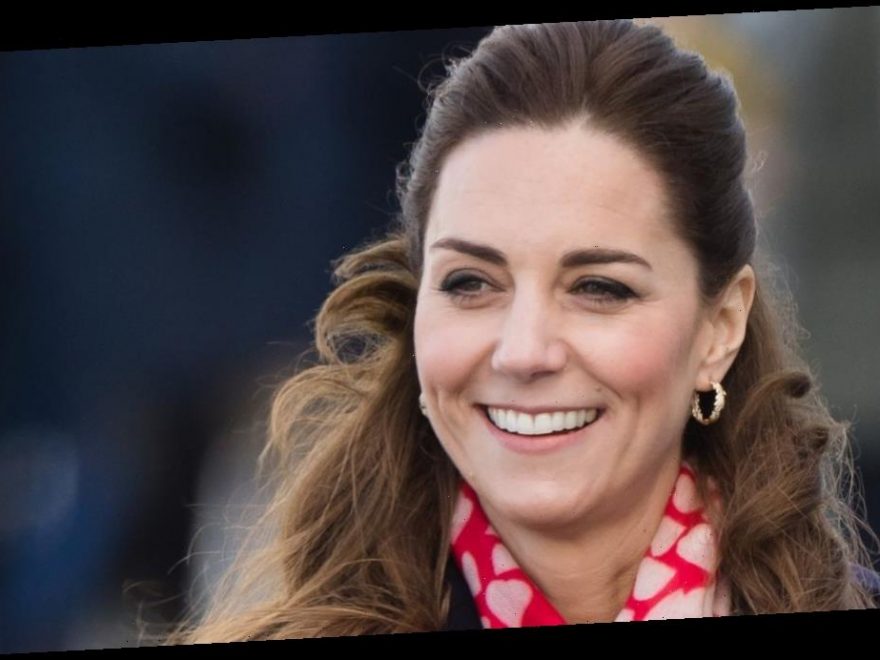 During an official visit to Wales, Kate Middleton found herself apologising to a young girl for not dressing like Cinderella.

The Duchess of Cambridge and her husband Prince William were visiting Mumbles in South Wales on Tuesday, where they walked through community landmarks, including a RNLI lifeboat station, a Tata Steel Plant and an ice cream parlour.

The 38 year old, who encouraged kids to experience new things, met with mums and children to promote her new survey, 5 Big Questions on the Under Fives, which aims to increase the understanding on the early years of education.

Kate looked gorgeous as she wore a long-sleeved ribbed red dress paired with knee-high black boots. She wore a navy blue coat over this and completed the look by clipping her hair back.

But one particular royal fan was less than impressed with her attire as she said it wasn't what princesses really wear.

According to the little girl's mum Rhian Costello, her daughter Annabel was left disappointed with Kate's dress. Rhian told People magazine: "I said to her [Kate] that Annabel was really excited to meet a real princess.

"And [Kate] said: 'I’m sorry I’m not wearing a pretty dress today.' Annabel then said that she thought she’d look like Cinderella."

Although Annabelle didn't love Kate's stylish outfit, her mum thought the Duchess was "very, very natural and lovely and sweet with the children".

It comes as actor Brad Pitt recently left Prince William, 37, and Kate cringing as he made a joke about Prince Harry and Meghan Marklestepping down from their roles as senior royals. The 56 year old Once Upon a Time in Hollywood actor made the jibe about the royals during his acceptance speech as he won the Best Actor in a Supporting Role award at the BAFTAs.

Kate and William were spotted laughing off the awkward comment while Bird of Prey actress Margot Robbie read out Brad’s speech and accepted the BAFTA award on his behalf.

Margot, 29, said: "Brad couldn’t be here tonight so he asked me to read his response."

Reading the note from Brad she said: "He starts by saying, 'Hey Britain. I heard you just became single. Welcome to the club. Wishing you the best with the divorce settlement now, blah blah blah."

After thanking his fellow cast members and crew for Once Upon a Time in Hollywood as well as director Quentin Tarantino, Brad’s message continued with: "He also said that he's gonna name this Harry because he's really excited about bringing it back to the States with him."

As the crowd reacted to the quip, Margot insisted: "His words not mine," before leaving the stage.