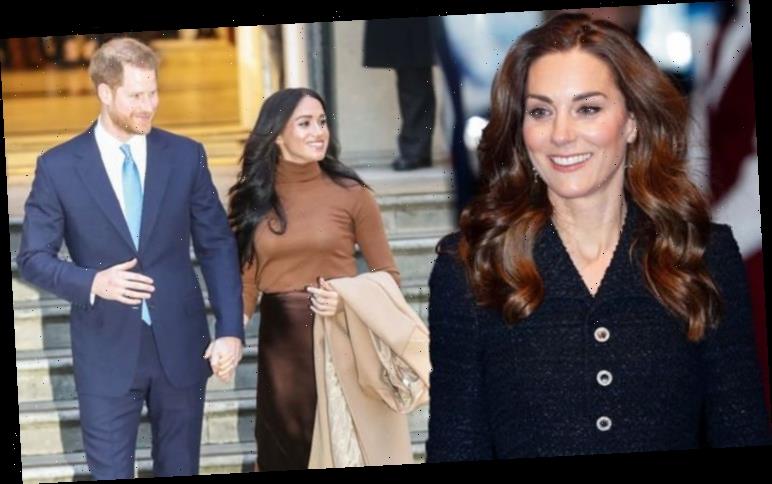 Kate Middleton and Prince William have carried out many royal engagements since Prince Harry and Meghan Markle announced their plans to step back. The Duchess of Cambridge is already a senior royal, but has she recently taken on a new position?

In January this year, Meghan Markle and Prince Harry revealed they would no longer work as senior members of the Royal Family.

The Duke and Duchess of Sussex will remain working royals until the end of March but they already seem to have cut back on duties.

In their absence, Kate Middleton and Prince William appear to be among the senior royals taking on more appearances. 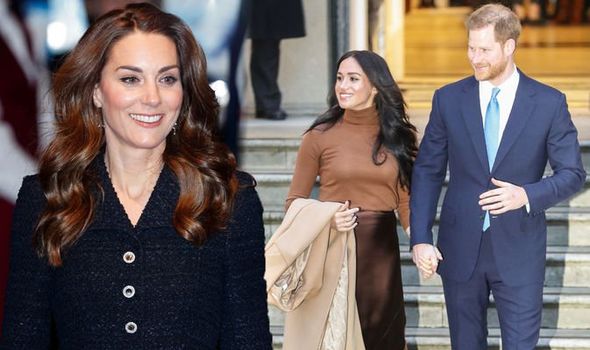 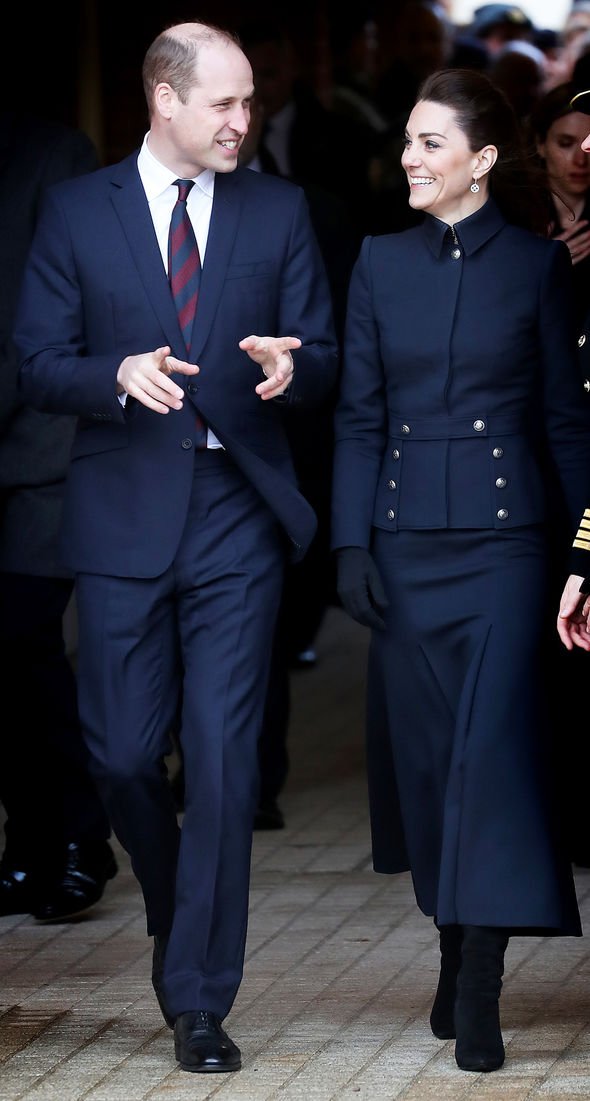 As well as doing more official duties, body language expert Judi James explained another role Kate might have taken on.

She said: “Since Megxit there are some trends and traits from Kate’s body language that suggest she is now trying to recreate the Harry ‘fun’ role herself.

“She is often being seen trying to make her husband laugh in public and indulging in more frequent bouts of actual laughter herself when she is making royal visits.”

Prince Harry has been branded as the ‘fun’ royal in the past and has often been seen making Kate and William laugh.

As he steps back from official duties, Kate’s body language shows why she might be trying to take this role on, the expert explained.

Judi added: “This could be a conscious decision, ie that the royal firm don’t want to be seen as the ‘stuffy royals’ now that the two glitziest and spontaneous members have left.”

The Duchess of Cambridge could be making an effort to take over Harry’s role and help the monarchy be seen as more relaxed. 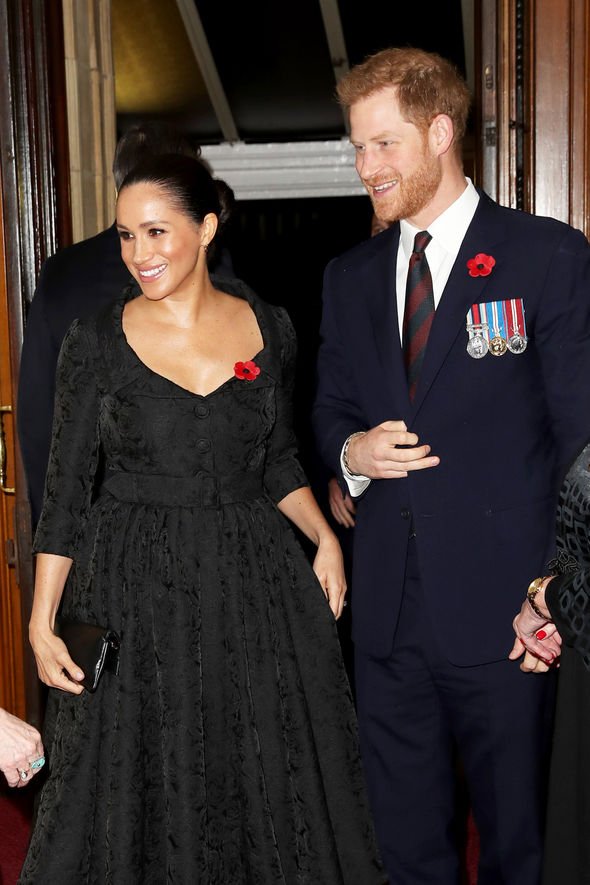 If that is the case, the royals new fun role could be her way of dealing with the royal exit.

Speaking of Kate’s new role, Judi explained: “It could just be that Kate is quietly mourning the loss of her younger brother and trying hard to replicate his role in their life as a family.

“In between her smiles and laughter there have also been quite dramatic glimpses of a sadder and more thoughtful-looking facial expression from Kate too. 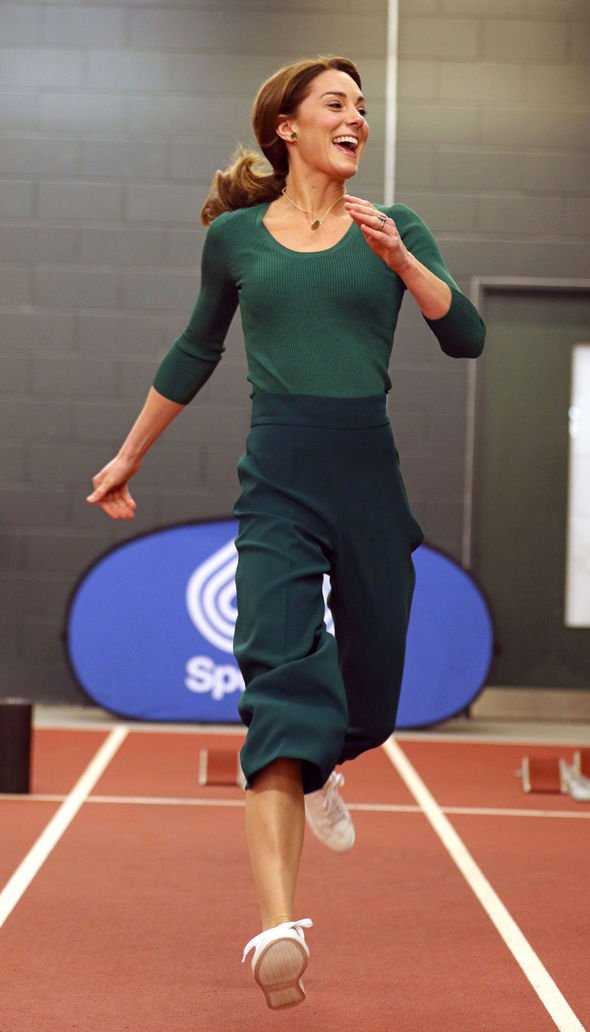 “Although this might just be a sign of the added pressure she’s now under in terms of working flat out to prop up the Royal Family’s image in the face of scandals and dramas, it might also hint at some inner sadness she might be feeling at Harry’s departure.”

Following the step back, Judi explained Kate Middleton could be struggling without Prince Harry.

Yesterday, the Duchess attended an event for SportsAid that took place in London.

How did Kate Middleton become a royal?

Kate Middleton, or Catherine, Duchess of Cambridge, was born on 9 January 1982 at the Royal Berkshire Hospital, Reading, England.

She was born to Michael and Carole Middleton, a former flight dispatcher and air hostess. The couple founded a party supplies company, Party Pieces, in 1987 – now estimated to be worth £30 million.

Kate has a younger sister Pippa Matthews, 34, and a younger brother James Middleton, 31.

Kate and her family moved to Amman, Jordan, in 1984, where the future Duchess was educated at an English-speaking nursery school.

After moving back to Berkshire the family sent Kate to private school, St Andrews School. She went on to briefly study at Downe House before moving onto Marlborough College where she boarded.

For university the young Kate attended the University of St Andrews in Fife, Scotland. Here she was awarded an undergraduate MA (2:1 Hons) in history of art.

Kate met Prince William when they were both studying at St Andrews, and both living in St Salvator’s Hall. Famously, William reportedly took a fancy to Kate after she wore a see-through dress during a fashion show.

In 2003 the couple began dating and lived together during their second year of university.

The couple split in April 2007, however, in October they were back together.

Prince William proposed to Kate Middleton with his late mother Princess Diana’s engagement ring in October 2010. The couple were holidaying in Kenya at the time.

On 29 April 2011 they married at Westminster Abbey with a whopping 26 million watching the event live.

Kate wore an Alexander McQueen dress worth a reported £250,000 on the big day.