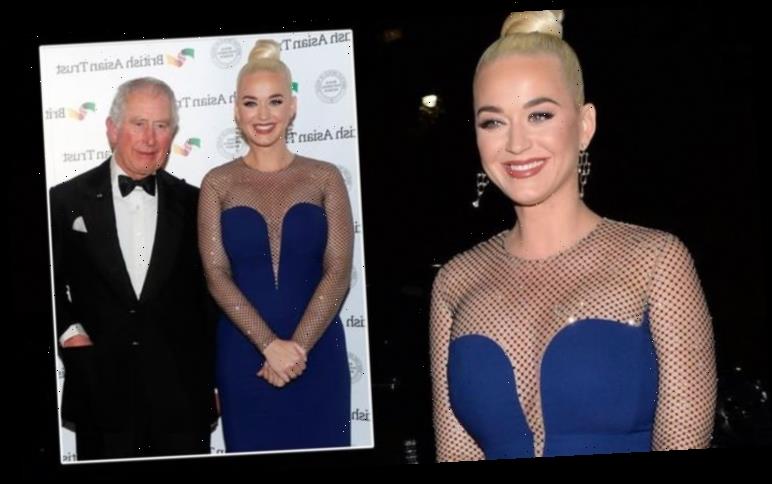 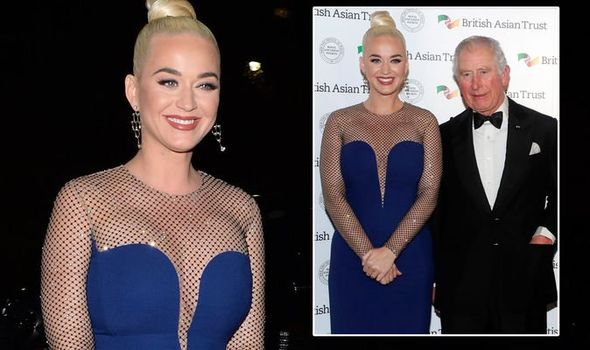 The pop star stole the show in a plunging blue dress when she joined Prince Charles and the Duchess of Cornwall at a black tie gala in aid of the British Asian Trust.

At the event, the Prince of Wales, 71, announced that Katy will be an Ambassador for the Trust combatting child labour in India.

Katy looked sensational when she was snapped on her way to the gala, which was held at London’s Banqueting House.

The This Is How We Do hitmaker opted for a sensational blue dress that featured a very plunging neckline which drew attention to her ample assets.

The sparkly number was also embellished with gems on the upper body and sleeves – adding a glitzy flourish to her gown.

Classic black pumps were visible under her floor-length gown as she made her way to the venue. 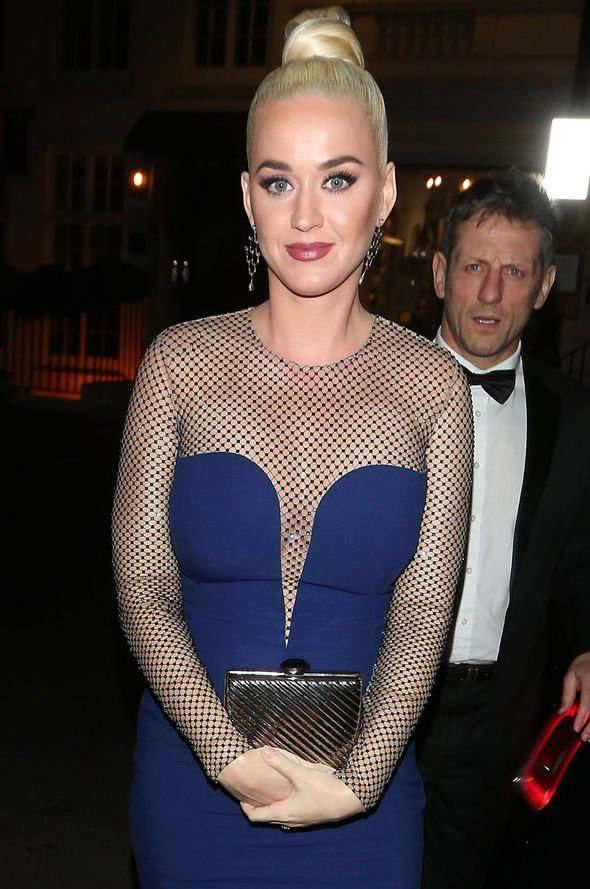 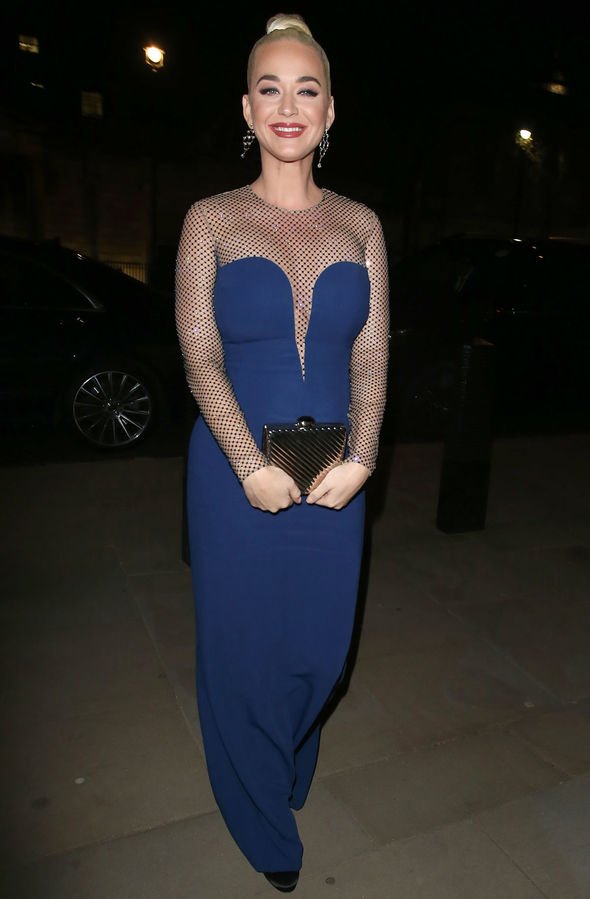 The singer wore her blonde tresses swept into a high bun and enhanced her natural beauty with glamorous make-up in pink hues.

She completed her outfit with a metallic purse and a pair of silver chandelier earrings which complimented her dress.

Katy, who is engaged to actor Orlando Bloom, 43, blew a kiss to photographers and well-wishers who were waiting outside the gala to catch a glimpse of the star and Their Royal Highnesses.

After the announcement was made, pop star Katy posed for pictures with Prince Charles and his wife Camilla, 72. 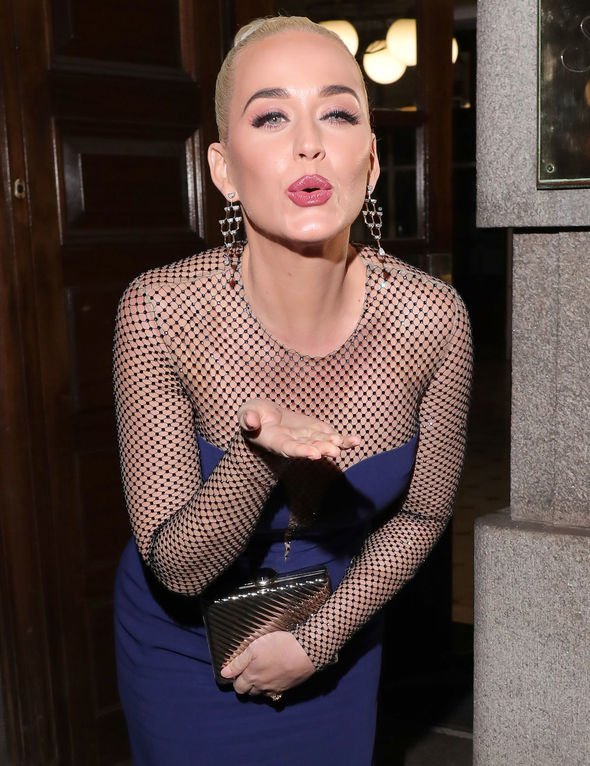 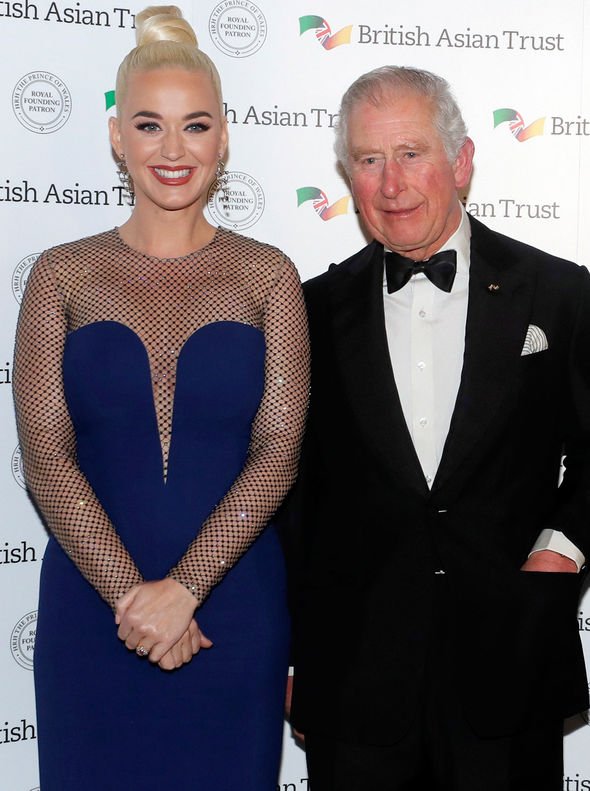 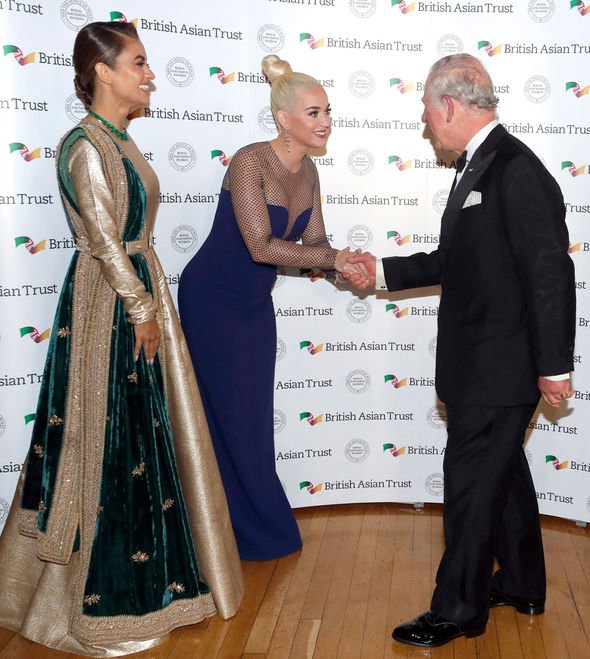 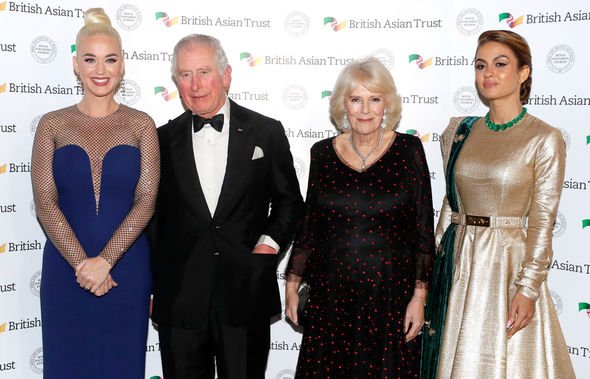 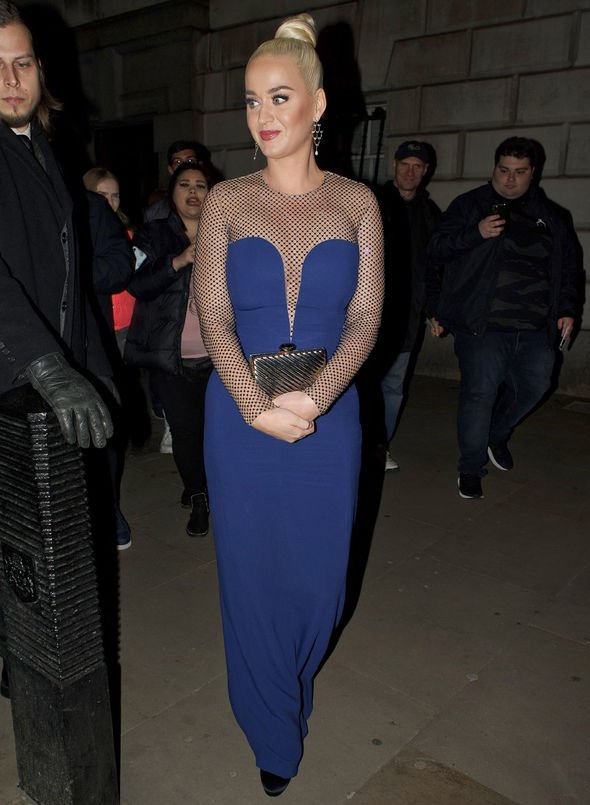 The British Asian Trust was founded by The Prince of Wales in 2007 after he witnessed widespread poverty and hardship faced by families in South Asia.

Taking to the podium on Tuesday night to introduce the prince to the stage, Katy told the audience she was “excited” to be there as she was a “big fan” of the royal.

She said: “I’m excited to be here because I’m a big fan of his royal highness and all the work that he has done and is continuing to do, especially in India for children.”

She continued: ”In my own personal experience, he has an incredibly kind soul.”