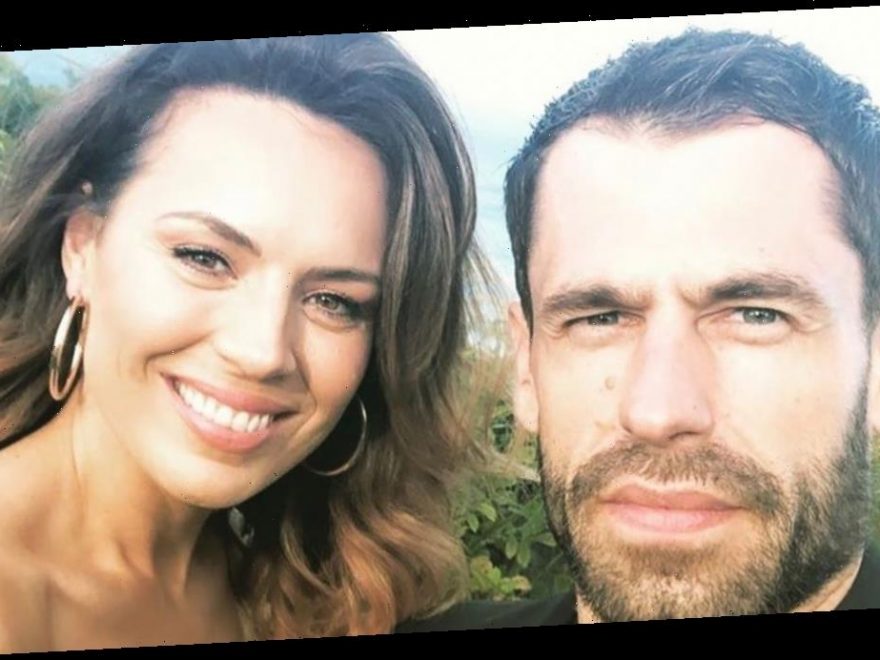 Kelvin Fletcher's wife allegedly struggled with the attention her hunky husband received after he joined the ITV soap, Emmerdale as farmer Andy Sugden.

The actor, 36, has previously joked about telling his wife when he has to do kissing or sex scenes – it's believed that she found the situation difficult and wouldn't watch the show in case he ever kissed another character.

Speaking to The Sun, Kelvin said: "I do ring her up and say, 'I'm kissing so-and-so today' and make a joke about it.

"That's how we deal with it. But Liz won't watch the show because she gets too jealous. To me, though, it's just work."

Eliza's alleged jealousy of her husband's on-screen antics, fans chatting him up and being bombarded with x-rated messages and snaps led to them splitting up.

They rekindled their romance and have now been married for five years.

The pair were recently hit by rumours that they had split again, after Eliza unfollowed Kelvin on Instagram after pictures of him and Oti Mabuse headed into a London hotel for a 3:35am nightcap.

Speaking to MailOnline, a source said: "Naturally Liz wasn't happy after finding out Kelvin had been out late drinking with the Strictly lot.

"It wasn't easy for her to see him still out at 3:35am, while she's at home looking after their two young children. Any woman would be upset if they were in the same situation."

Kelvin and Oti arrived at the swanky London Sanctum Soho Hotel on Friday after partying with dancers and celebs from Strictly Come Dancing.

The actor was in the city as he was appearing on the shows live tour.