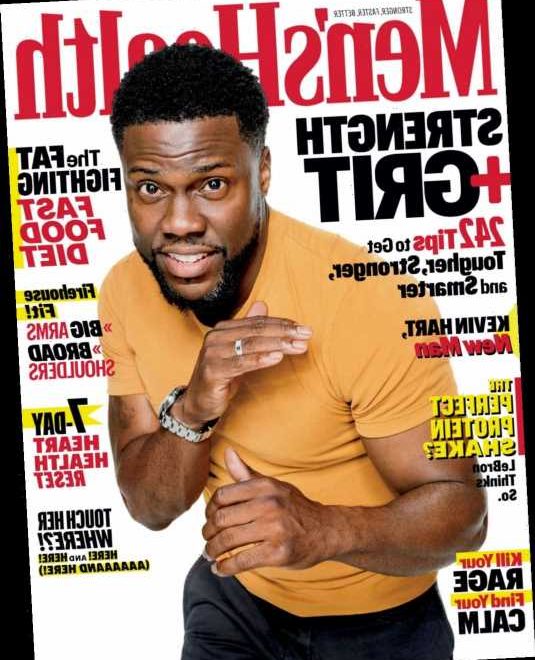 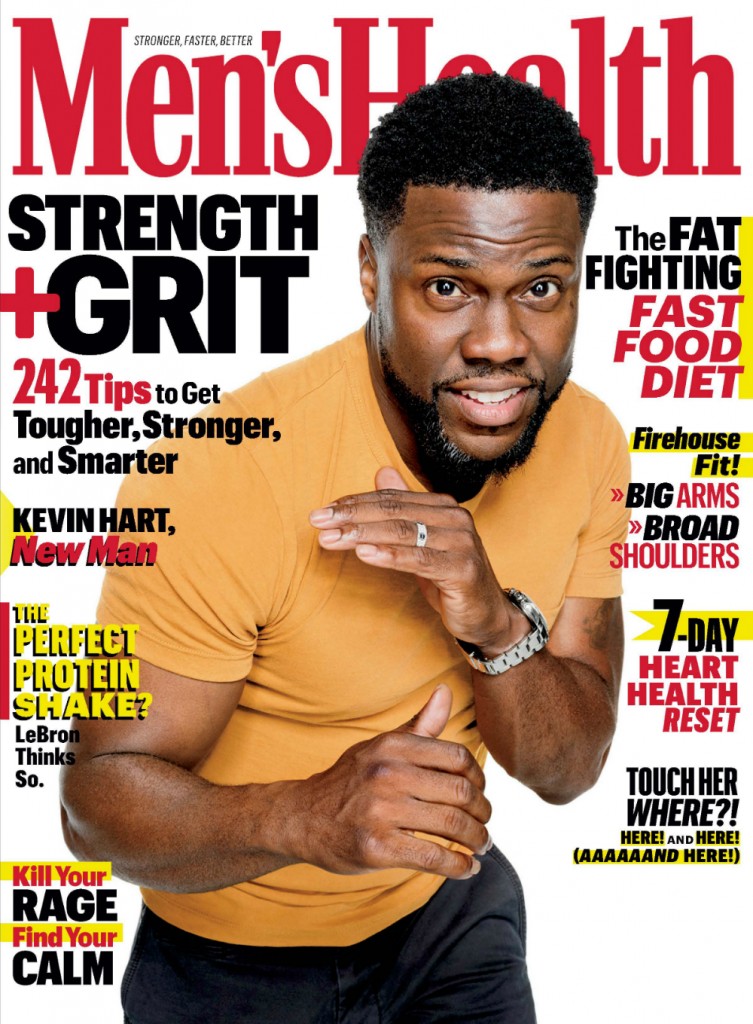 Kevin Hart is on the cover of Men’s Health for March. I’m not sure what he’s promoting because both Jumanji: The Next Level and Hart’s Netflix docuseries, Don’t F**k This Up, were released last December. Reading the quotes we were sent, it sounds like he’s promoting Kevin Hart 2.0: I Get It Now. He primarily discusses his recovery from the terrible car accident last September. The car was Hart’s but he was a passenger and sustained major injuries that required immediate back surgery. Because it’s a health magazine, Hart discusses the physical aspects of his recovery in depth, but he also talks about what he took away from the accident mentally. This is the closest I’ve heard to a possibly evolved Kevin Hart.

On how he’s transforming, both physically and mentally, following his September 2019 car crash:
“I’m not trying to get back to where I was before – I want to be better than before. It’s a resurrection. That’s the best way for me to put it. I feel like the other version of myself died in that moment and this new version was born to understand and to do better. Sometimes you’re not going to get it when you’re supposed to get it. But when it comes and that light bulb goes off, holy f***.”

“This road to fitness matches my mindful progression. It matches my career and my approach to everything. I’m glad this is coming now. I’m getting older. I’m 40. You know, this is when I’m supposed to start realizing this shit.”

On recounting what he learned while reflecting on life from the hospital bed:
“It all boiled down to four walls. And in the space of those four walls was my wife and my brother, my kids and my friends, all on rotation. And I got a chance to think about what matters, and it’s not fame. It’s not money. It’s not jewelry, cars, or watches. What matters are relationships. You know, the people that were helping me get up and out of the bed. The biggest realization came from something somebody told me. You can’t be married to your career and date your family. That blew me the f*** away.”

I’m saying make sure you’re implementing the same amount of time and energy into being present for what matters. Because when shit hits the fan, you’re going to realize that the things that matter are all you truly care about. Nothing else f***ing matters.”

On becoming more committed to his family:
“Honestly, there’s a lot that I wasn’t doing. Now I’m doing a lot of little things that are important. I’m sitting with the kids before and after dinner. We are doing Taco Tuesdays, Mexican-food Thursdays, Chinese-food Sundays. We got movie night twice a week. Now I’m walking my f***ing dog. I’m picking up dog shit.”

On making and owning the choices that determine your future:
“In everything you do, you have an opportunity to make a right or a left or go straight or backward. I’m trying to make people understand that we’re in control of ourselves. It’s easy to assume other people have control or to give other people that control, but it boils down to you figuring out the way to be the best version of yourself.”

On owning his mistakes:
“I’m a firm believer in laying in the bed that you made. If there’s something that you did, then you did it. You know, there’s no wiggle room around it. You can address it, and then you can move on.”

Hart’s wife Eniko on his honesty:
“I admire his transparency, because you get something real – there’s no smoke and mirrors.”

On stepping down from hosting the 2019 Oscars after decade-old anti-gay Tweets surfaced:
“With the whole Oscars thing, there was a big gap between what I thought the problem was versus what the problem really was. I got ten years where I made sure not to joke or play in the way that I did back then because it was a problem. I don’t care if you’re gay or not gay. I’m a people person. I’m going to love you regardless. It wasn’t until close friends like Wanda Sykes, Lee Daniels and Ellen DeGeneres talked to me and explained what they didn’t hear me say that I understood. Then I was like, ‘Oh shit – I did f*** up.’

On finding balance in the hustle:
“I’m addicted to the f***ing work. I’d much rather that be my addiction than be strung out on crack, but now I have to find balance. That hustle is not going anywhere, but I want it to be suppressed and balanced so I can put the same kind of energy into my family.”

I do love Hart’s line about not being married to a job and dating your family, it’s a great way to describe how some people prioritize those two things. And in his admission that he’s addicted to the work, I’ll bet this was a huge shift to make. But life-threatening events do change a person’s perspective greatly. And Hart describes it well, your job won’t be there to walk you to the bathroom. People who build you up professionally because they profit off you seem to disappear when you don’t benefit them. It’s the people around the hospital bed who should rise to the top of a priority list. Who knows if this is a new and improved Hart? Who knows if it will last (I’d keep an eye out for both smoke and mirrors for some time to come, Eniko). But this is the first time I’ve read that he actually admits he did something wrong re: the Oscars.

I have not seen Hart’s docuseries. I know that many felt it did nothing to show Hart had any remorse or sympathy for the people he hurt. However, it was filmed prior to his accident and subsequent new outlook so maybe he’s changed since then. Or, the docuseries went over like a lead balloon because his contrition was obviously engineered, and Hart’s just learned all the right things to say now. I mean, he still aired the docuseries post-accident so, as I said, time will tell us who the real Kevin Hart is. 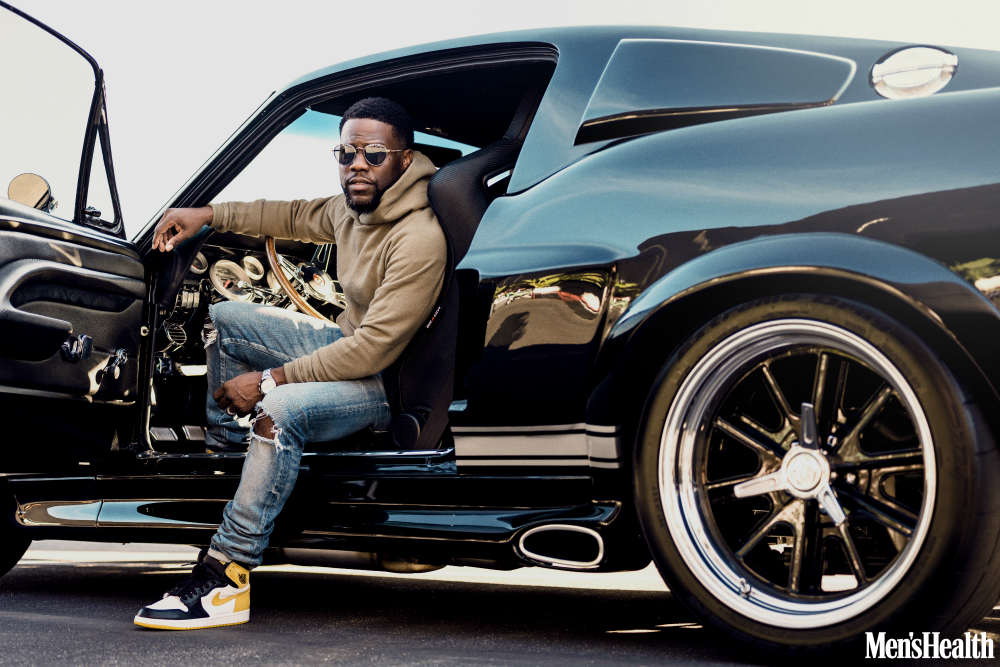 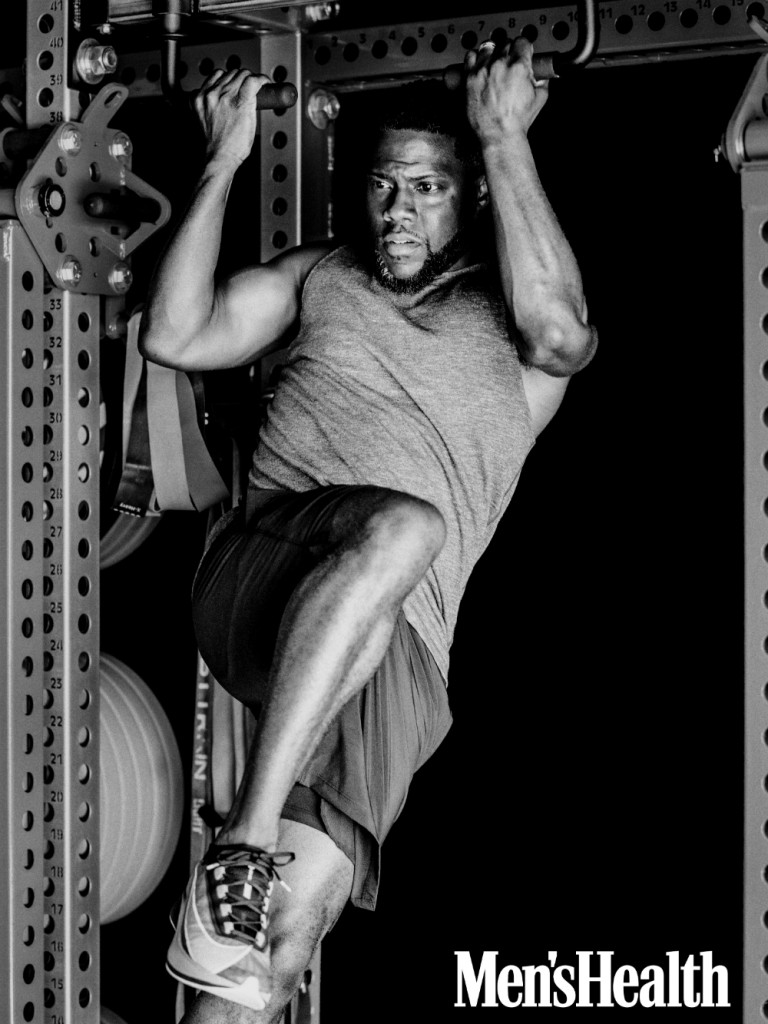 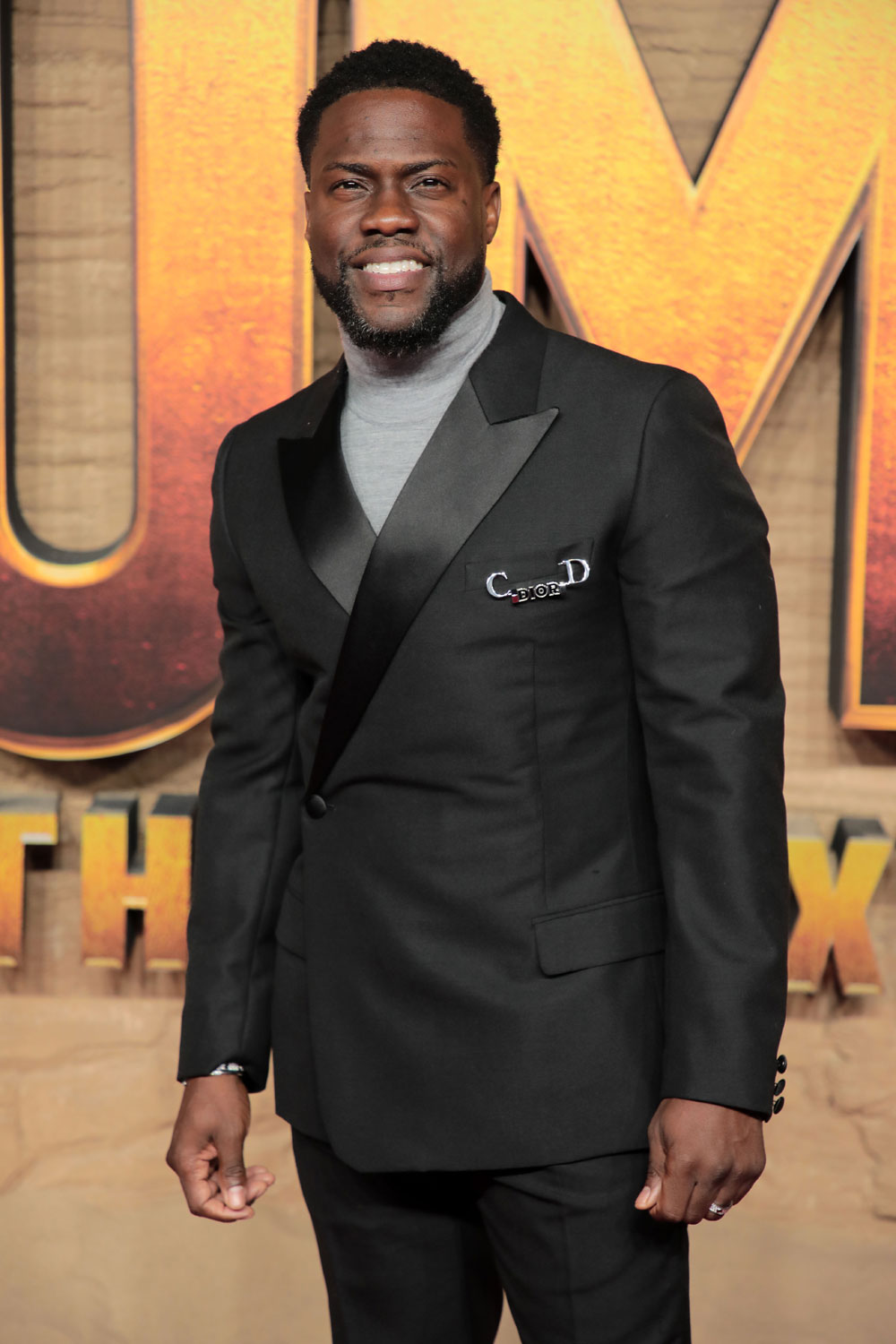