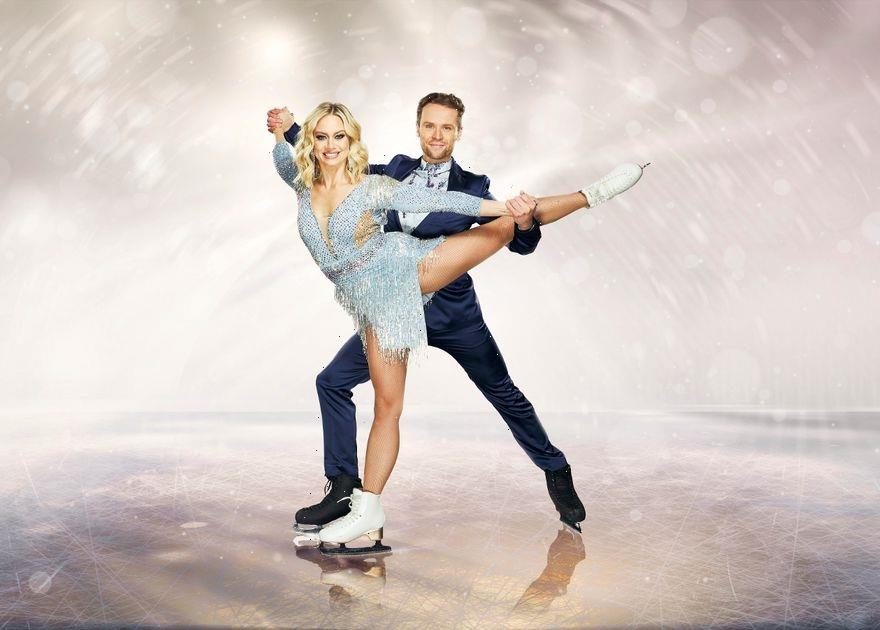 Kimberly Wyatt confessed how she was forced to explain the “fingerprints all over her thighs” to her husband Max Rogers as she prepares for the launch of Dancing on Ice.

The 39-year-old pop singer has opened up about the “constant bruises” she has gained all over her body while training for the popular ITV ice skating competition.

She will take to the ice for the first time with her professional partner Mark Hanretty on Sunday but the blonde bombshell confessed it isn’t as easy as the pros make it out to be.

Despite her dancing background, the Pussycat Dolls star has struggled to bring her usually perfect dance moves to the ice with the guidance of her 36-year-old partner.

But some of her bruises have left her loving husband less than impressed after he spotted the suspicious bruises as she explained “we were just dancing on ice.”

In an exclusive interview with the Daily Star and other publications, the mum-of-three opened up about her challenges on the ice.

She said: “There’s constant bruises like whether it’s inflicted upon yourself or banging yourself on the ice on your hip or knee or elbow or the fingerprints from your partner lifting you.

“I literally have fingerprints all over my thighs and my sides coming home to explain to my husband that we were just dancing on ice.”

But the singer confessed that “falling and getting hurt is kind of part of it” in order to learn and improve and progress throughout the competition.

She added: “I remember coming in and I hit my knees so hard, they were just black and blue so I decided to wear knee pads.

“[I] came back for the next session and felt like I was safe and then I hit my hip, my elbows and my head.

“So, you just never know what’s going to be thrown at you. I think recovery is probably just as big a part of the training process as the actual time on the ice.”

After months of training on the ice, Kimberly will showcase everything she has learnt as she prepares to take on the ITV skating competition.

But she isn’t the only star on the show who has a dancing background, as former Strictly Come Dancing pro Brendan Cole will also be taking to the ice on Sunday night with his professional partner Vanessa Bauer.

Dancing on Ice returns Sunday on ITV at 6.30pm