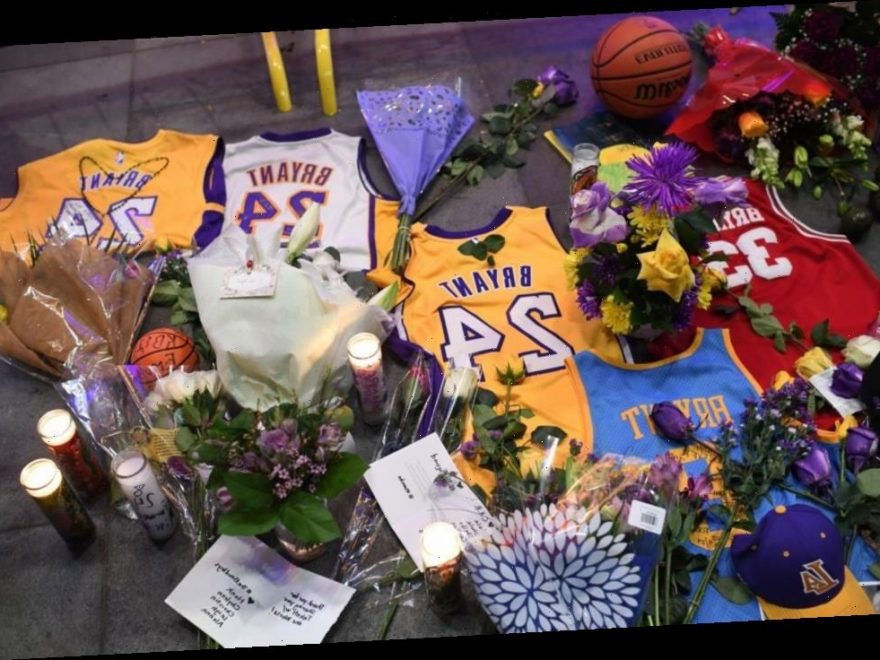 On the morning of Jan. 26, a helicopter carrying Kobe Bryant, his 13-year-old daughter, Gianna ‘GiGi’ Bryant, and seven others crashed into a hillside in Calabasas, California. There were no survivors, and the world was plunged into mourning. Over the last week, Bryant’s legacy, both on and off the court, was honored across the sports world. On Jan. 31, just five days after the crash, the Los Angeles Lakers honored Bryant in an emotional tribute during their first home game since the crash. A tribute is also planned for the Super Bowl on Feb. 2, ahead of the funeral for Bryant and his young daughter.

How did the Lakers honor Kobe Bryant and Gianna?

The Lakers created a moving tribute to all those who perished in the crash on Jan. 26. In their first home game since the accident, the evening began with several musical acts, including a rendition of “Amazing Grace” performed by Usher.

Seats were set for Kobe and Gianna. Bryant’s seat had his number 24 jersey draped over the chair, and, the seat memorializing Gianna had her number 2 jersey from the Mamba Sports Academy, dropped over the back. Roses were set on each chair. The names of all the victims were also emblazoned across every screen in the house, according to CNN. LeBron James, who joined the Lakers in 2018, spoke during the ceremony before the entire Lakers’ team was introduced. Instead of announcing each player by their names and numbers, each team member was introduced as Kobe Bryant.

It has also been announced that all flowers that were left in front of the Staples Center will be carted away in the coming days, turned into mulch, and used in planters around Los Angeles to honor the impact Bryant had on the community. Further memorial plans are being discussed.

What is planned for the Super Bowl to honor Kobe Bryant and GiannaBryant?

Jennifer Lopez and Shakira will headline the Super Bowl’s famed half-time show. While they’ve already created the 12-minute act, it looks like the songstresses went back to the drawing board when news of Bryant’s passing broke. According to CBS Sports, the pair are planning to pay tribute to the lost basketball star, his daughter and the seven others who died in the helicopter crash, but they are refusing to give too much away.

While Lopez and Shakira are keeping their plans quiet, Lopez did insist the tribute would be “heartfelt”. The songstress has spoken candidly about her concern For Bryant’s wife and the three daughters that he left behind. When questioned about Vanessa, Lopez said, “I think how awful that must be for her right now…I’ve just been praying that God guides her through every moment because she has three more babies to take care of.”

The NFL has not mentioned any additional plans to pay tribute to Bryant and the victims of the helicopter crash. It is not known if an additional tribute will take place at the beginning of the game, the way the Grammy Awards chose to honor Bryant. The award ceremony took place on Jan. 26 at the Staples Center, just hours after Bryant’s death was confirmed.

When will Kobe Bryant’s funeral be held?

Little is known about the private burial or the public memorial that is in the works for Bryant and his daughter. Vanessa Bryant has taken to Instagram just twice since the loss of her husband and daughter. Several days after the crash she reached out to thank the legion of fans for their well-wishes and prayers. On Friday, she took to the social media platform to pay tribute to her daughter and husband as they were honored at the Staples Center. Neither time did she mention the funeral plans.

According to several sources, a public memorial is being worked on and it is likely to be held at the famed L.A. Coliseum. The original plan was reportedly to hold the memorial at the Staples Center, where Bryant spent so many years on the court, but housing just 19,000 people, planners fear it won’t be big enough to hold the expected crowd. No date has been set for the public memorial, nor have private funeral plans been confirmed.