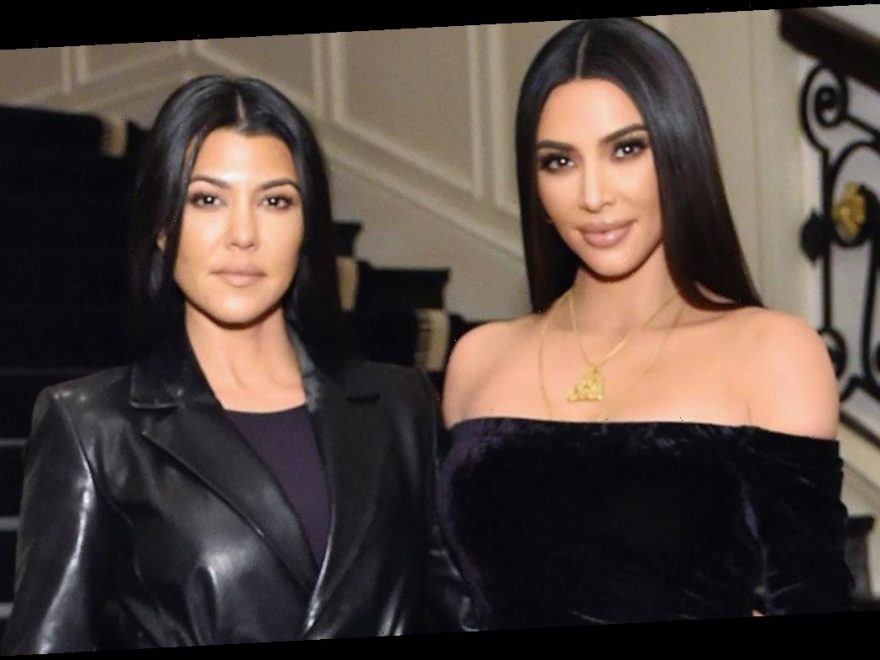 Tensions are still running high between the Kardashian sisters, even after some soul-searching and apologizing.

Thursday’s new Keeping Up With the Kardashians kicked off right where last week’s premiere came to a dramatic end, giving viewers a look at the aftermath of Kim and Kourtney’s vicious physical fight.

As Kourtney explains once again, she blew up at her sister because she felt emotionally attacked, and tearfully yells, “Do you think I want to come into this negative environment with you guys every freaking day?”

After exchanging pointed barbs, Kourtney eventually storms off, leaving sisters Khloe and Kendall to tend to Kim’s bloody scratches, which she got from Kourtney digging her nails into Kim’s back and arms during their altercation.

“I don’t understand why there’s all this judgment about the way that we each want to live our lives,” Kourtney explains in a solo interview. “Every day that I’m coming in, I’m like, why am I choosing to be in this environment? And I think I just, like, reached my point of not being able to tolerate it anymore.”

After things die down, Kourtney gets a visit from family friends Malika and Khadijah Haqq, and through talking it out, Kourtney seems to realize that the anger she’s feeling is due to her deteriorating relationship with Khloe.

“I feel like I’m almost more mad at Khloe than I am at Kim, because I expect it from Kim, but Khloe takes everyone’s side other than mine,” Kourtney explains, before later admitting that perhaps she overreacted when she physically lashed out.

“I’m definitely disappointed in myself. I don’t think my response was matching up with what her exact comment was,” Kourtney admits to the KUWTK cameras. “Being violent isn’t the answer, but that was just a build-up of the years and months of everything.”

Later, Kim and Kourtney have a lengthy (off-camera) conversation over the phone in which they seem to hash out their problems, at least enough to cool things down when Kim and Kourtney take their kids on a trip to Armenia, to get baptized and reconnect with their heritage.

The trip goes surprisingly well — aside from jet lag and paparazzi putting Kourtney in a bad mood for most of the visit. However, the pair bring their kids to the Armenian Genocide memorial complex Tsitsernakaberd, and later are baptized – along with their children – during the planned religious service.

The pair come back closer than they’ve been in a long time, but there is still unresolved tension between Kourtney and Khloe, which comes to an emotional head during a tearful conversation at Kourtney’s estate.

Khloe confronts Kourtney directly about why she won’t just be upfront with her, and Kourtney almost immediately begins crying and tries to walk away from the argument.

“It’s unfair that you get what you want, and other people can’t get a f**king sincere apology,” Khloe says, sitting next to Kourtney on the couch. “What kind of relationship is that?”

“You’re such a b**ch though, like the way that you talk,” Kourtney says, bursting into tears.

“I would expect Kim to act this way towards me… that’s more of our relationship. I’m just more angry with Khloe because I wouldn’t expect her to act this way,” Kourtney later says in a confessional. “Maybe Khloe’s going through a hard time, and just not happy in her own life, and feels this need to have this attitude every day.”

Eventually, through some skillful mediation from Kim, Malika and Khadijah, Kourtney and Khloe manage to hear one another out and each get to speak their peace. It’s unclear if their relationship is better, but it’s clearly on a path of healing.

Meanwhile, Kourtney confirmed that, in an effort to improve her life and mental well-being, she’s going to be taking some time off from the show.

“I’ve decided to take a big step back from filming,” Kourtney explained. “And really just pick and choose what I will allow cameras to follow… for now, I’m just going to take control of my schedule back. I just want to feel fulfilled and happy, because life is too short.”

Keeping Up With the Kardashians airs Thursdays at 8 p.m. ET on E!

Check out the video below for more on Kim and Kourtney’s shocking fight and the aftermath.