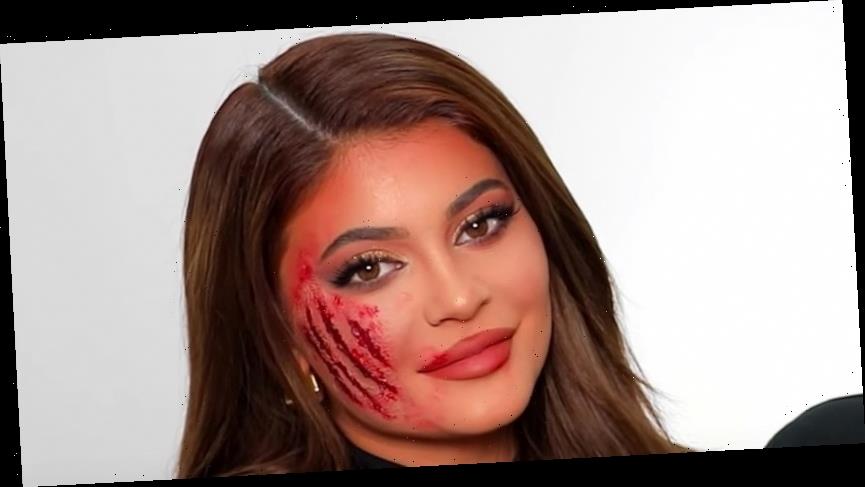 Getting ready for spooky season! Kylie Jenner revealed what her famous family will be doing for Halloween this year — and it is the cutest idea ever.

“Since Halloween is ‘canceled,’ we can’t trick or treat or anything. We — me and [my sister] Kim [Kardashian] — decided to do something really special at her house,” the Kylie Cosmetics founder, 23, told James Charles in a YouTube video featuring Halloween makeup posted to his channel on Tuesday, October 27. “We’re gonna have all the cousins over and I think we’re gonna do, like, fake little houses in our backyard so they can, like, trick or treat.”

Jenner continued, “[My daughter] Stormi loves Halloween. She’s been talking about it for the last two months, she was so excited. She wants to be a minion [from Despicable Me].”

The Keeping Up With the Kardashians star then reflected on her past Halloween costumes, noting that she “liked” being a life-size Barbie doll and Ariel from Disney’s The Little Mermaid. However, she told Charles, 21, that she “can’t tell” him what she will be this year and that she hasn’t “told anybody” about her costume yet.

The Kardashian-Jenner bunch have been gearing up for the spooky holiday all month long. On October 3, Khloé Kardashian spent quality time with daughter True, 2, and boyfriend Tristan Thompson painting pumpkins.

Days later, the 36-year-old Good American cofounder shared pics and videos to Instagram from a Halloween-themed gathering she threw for all the Kardashian-Jenner kids. In one video, Rob Kardashian’s daughter Dream, 3, and Kim’s youngest daughter, Chicago, 2, put paint onto Khloé’s face. The Revenge Body host also posed for a sweet photo with her little one and Jenner’s 2-year-old.

The Kardashian-Jenner family knows what it takes to throw a good party. For Halloween last year, Kendall Jenner threw a lavish celebration that also doubled as her 24th birthday party. Gigi Hadid, Kacey Musgraves and Hailey Baldwin were among the celebrity guests in attendance.

Earlier that same day, Kylie and Kourtney Kardashian held gatherings at their respective homes with their children before heading to Kendall’s bash.