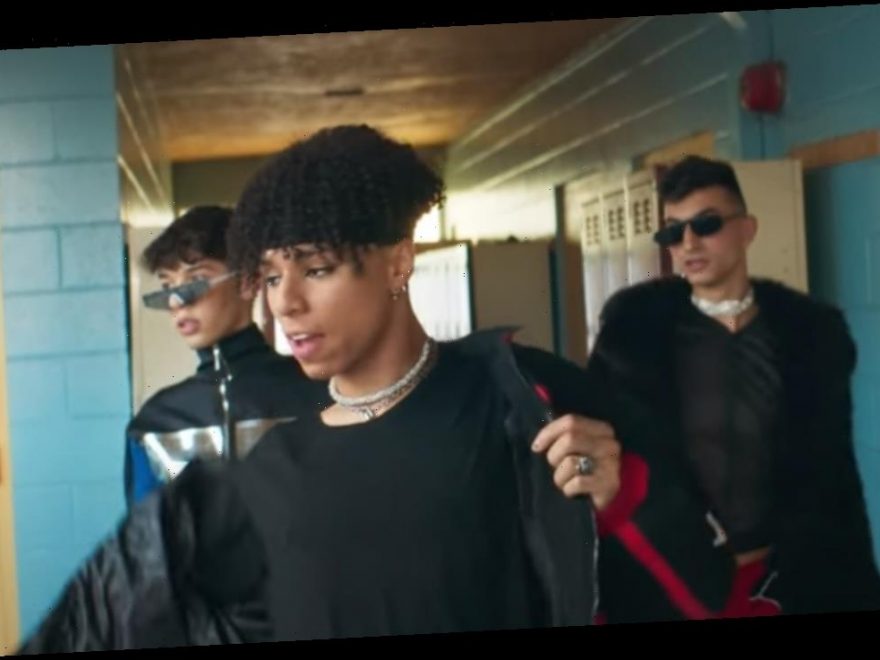 You Tuber Larray has dropped a brand new track called Canceled, and this ultimate diss track is proving to be a real hit with fans.

The internet personality put a smile on a lot of people’s faces as he aimed at a ton lot of folks who’ve been in the news recently.

The 22-year-old Larray didn’t hold back any punches when he slammed Tony Lanez, Nessa Barrett, and Josh Richard, among many others. In fact, it almost seemed like nobody was safe, except perhaps BTS.

His hilarious video starts the action in a classroom in the fictional Canceled University, where a teacher talks with a class about famous individuals who have been canceled.

After the class has all agreed that they love BTS, Larray bursts in and unceremoniously nudges the teacher aside and says, “I’m so sorry you have to hear this but…”

He then launches straight into his tirade.

Larray’s first lyric is, “Let’s start off with Bryce Hall, yeah, he got some smelly balls/ B****, I only know his name, ’cause Addison gave him fame.”

Next up was Jeffree Star, followed by love birds Noah Beck and Dixie D’Amelio.

“Oh, Jeffree Star says nig-/ Up next is this boy named Noah, Mr. thick neck bi*ch, uh/ Ain’t nobody know her/ Now, I see why Dixie chose him, he hit different.”

He goes after sister Charli in the chorus.

Also, in the first verse, he sings, “Now, I see why Dixie chose him, he hit different/ Cause he got a bigger Peter, ain’t that right Griffey?/ Nikita wanna be the same shade as Lupita (Oop)/ Tony locked up for tryna bag a señorita/ Shane Dawson got a cat, hold on, someone call PETA.”

However, it’s the catchy chorus where Larray disses Lanez, Barrett, and Richard.

Of course, he then mentions Charli D’Amelio.

“Don’t want the smoke, but Charli had that vape.”

He goes on to diss almost too many to mention, but you can hear it all in the video below.

It seems the internet really enjoyed the tune. One Twitter user seemed surprised to admit that they were a little obsessed with the song.

“I’m not going to lie, but Larray – Canceled song is actually good. I’m obsessed with the song.” 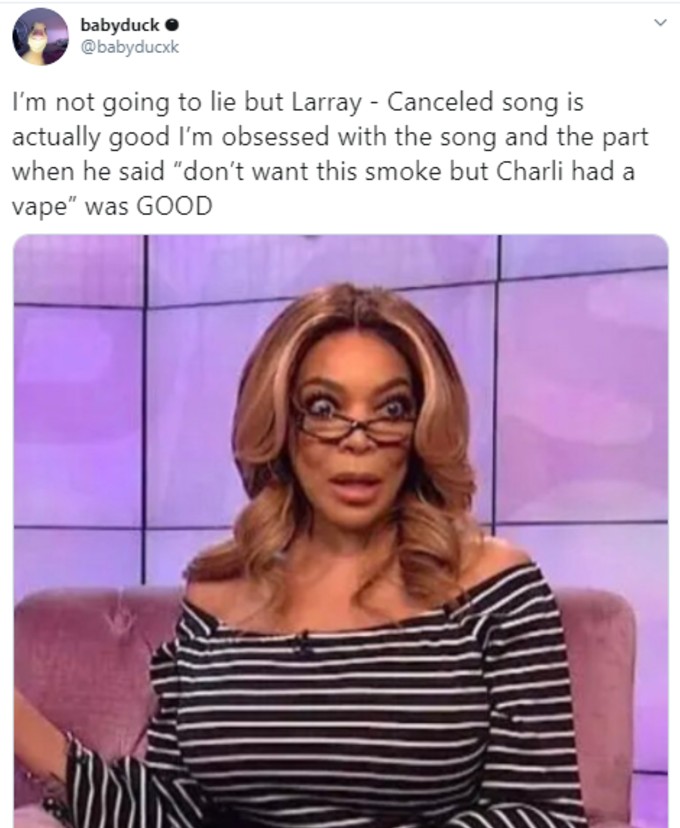 Some fans suggested Larray should get an award, while others thought Canceled might actually be a cultural reset.

Another called it a “cultural reset.”

So far, the only confirmed response from any of Larray’s victims has been from Bryce Hall, who tweeted a four-letter expletive at Larray.

Of course, most of Larray’s victims might actually be his buddies. Larray was spotted fooling around Los Angeles earlier this month with Charli D’Amelio, Chase Hudson, and Noah Beck.

This followed Chase Hudson’s Tiktokalypse earlier this year when Charli’s ex let loose a load of allegations of cheating against all his so-called TikTok friends.