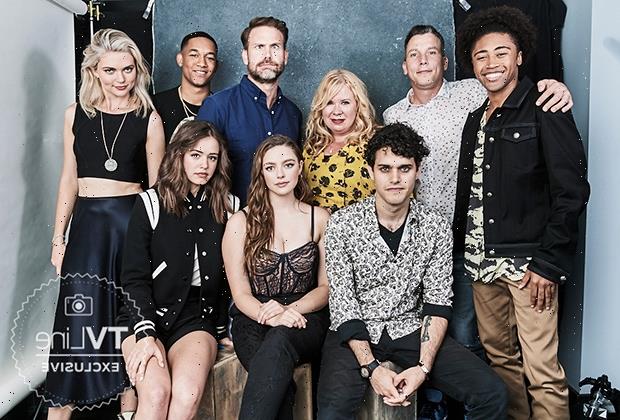 Less than 24 hours after Legacies (along with six other CW series) were unceremoniously canceled, series creator Julie Plec has taken to Twitter to toast the end of The Vampire Diaries saga’s 13-year run on The CW.

“To my beloved Legacies — after the Parkland shootings, I decided I wanted to tell a story about the young heroes who would save us from ourselves,” Plec tweeted on Friday. “Good kids living on the fringe who ultimately were the heroes of the whole story.”

She also thanked Legacies EP Brett Matthews, “the captain, fearless leader, brilliantly funny voice of (not to mention the heart and soul of) the show. The best work husband around and someone I am proud to call my friend.”

“To the cast and crews of all. Some who have been part of the family since Day 1 of [The Vampire Diaries] in 2009,” she continued. “To the marriages that happened along the way, the children who were born, the friendships we all made and to hopefully many, many more stories to come.”

She concluded by toasting “our kindred spirits in cancellation at the CW. What a run we’ve all had. It’s sad when the business changes beneath your feet. May you all find your way to your next adventure with the knowledge that you did yourselves proud.”

Plec’s note about the business changing was in reference to the network’s atypical decision “bloodbath” of cancellations this season, which is likely due to the network’s rumored upcoming sale (perhaps to the Nexstar affiliate group) and thus its uncertain future.

Of course, Legacies was just one of several Plec-connected series that received unfortunate news this week. The CW’s Roswell, New Mexico and NBC’s The Endgame were also canceled.

Your thoughts on these cancellations? Drop a comment with your own toasts below.