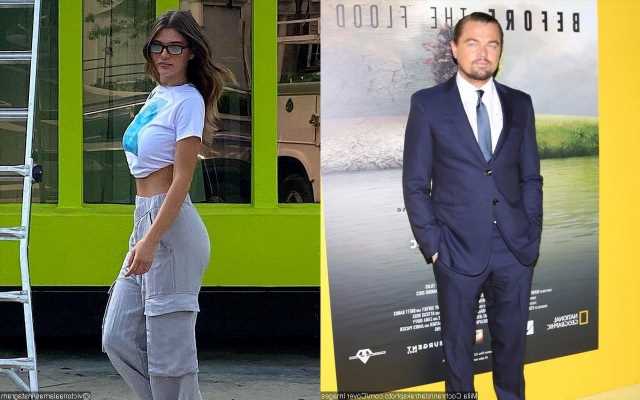 The 48-year-old Oscar-winning actor has been romantically linked to the 23-year-old Slovakian model/actress following his budding relationship with Gigi Hadid.

AceShowbiz –Leonardo DiCaprio is apparently still trying to figure out who’s the right person for him. The “Titanic” actor was spotted enjoying a yacht party with several bikini-clad women amid rumors he’s dating Victoria Lamas.

In photos obtained by TMZ, the Oscar-winning star could be seen frolicking with the ladies on Monday, January 2 in St. Barts. His friend Joe Nahmad’s fiancee Madison Headrick was identified as one of the bikini-clad beauties.

Leo was also seen chatting the women up and going for a dip. The “Don’t Look Up” star only sported a blue bathing suit while going shirtless as he soaked up some sun on a lounge chair. Later, he was joined by several more women as the sun was setting.

The outing came shortly after Leo was pictured getting close to his rumored new girlfriend Victoria during New Year’s Eve getaway. Paparazzi photos saw the 48-year-old actor partying on a yacht in St. Barts with Victoria, Drake as well as Tobey Maguire.

At one point, Leo, who had been rumored to be dating Gigi Hadid for the past few months, was snapped getting very close to the 23-year-old daughter of Lorenzo Lamas as they enjoyed a light snack together.

Despite sources previously claiming the two were just friends, the NYE getaway marked the fourth time the rumored couple had been spotted together since around the beginning of December. On December 20, Leo and Victoria were seen leaving Los Angeles’ hottest private club Bird Streets Club separately but later getting into the same car.

More recently, Victoria’s famous dad Lorenzo said in an interview that his daughter is “very smitten” with “The Revenant” star and that she “likes him very much.” The 1980s heartthrob even cryptically said, “I’m excited for her. I know that it’s been a while since she’s had a serious relationship. She’s got a big heart and she tends to give it freely.”

Later during the interview, the “Falcon Crest” actor noted that Victoria “just wants to keep everything private.” However, before his statement was misunderstood, he clarified that “they’re friends, they’re not in a serious relationship. And I just want that to be clear.”