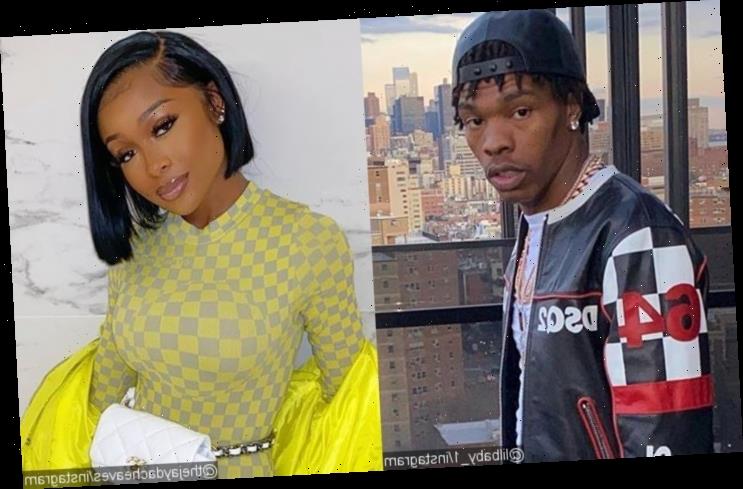 Jayda Ayanna a.k.a. Jayda Cheaves informs the rapper’s fans that they’re ‘no longer in a relationship,’ but assures that there’s no bad blood between them either.

AceShowbiz –Lil Baby‘s baby mama Jayda Ayanna or Jayda Cheaves has set the record straight on the status of their relationship. She took to Twitter on Wednesday, March 4 to confirm that she and the rapper are no longer dating.

“Stop trying to piece together this man interviews, songs etc because we’re no longer in a relationship,” she posted on her account. Having nothing but love for her baby daddy, she assured his fans and her followers, “We’re also not beefing so. It’s no bad blood on my end.”

Jayda went on saying that their “main focus right now is that we have a 1 year old to raise” as she asked people to “plz stop with the negativity.” Making the statement brief and clear, she concluded the post by writing “That’s it. That’s all” she’s got to say about their relationship.

Jayda’s confirmation comes after Lil Baby, whose real name is Dominique Armani Jones, suggested that he’s not taking his relationship with Jayda seriously. The 25-year-old rapper said he liked his bachelor life very much and was not ready to be tied down with any woman.

Jayda didn’t seem to be surprised by his remarks, responding to people’s inquires, “Explain what? Y’all heard the man clear.” She added, “Lol i don’t even get the explanation but i guess it works [shrug]. Thru all the bs I still maintain.”

Lil Baby then addressed his earlier statements on “My Turn” on Friday, February 28, responding with an affirmative “yes” when asked if they’re still together. He went on explaining, “It ain’t know ‘still together.’ She’s like, my son’s mama. It ain’t no way we cannot be together. Even if we ain’t in a relationship, like boyfriend and girlfriend type s**t.”

Jayda gave birth to her son with Lil Baby in February 2019. He also has another son from a previous relationship.