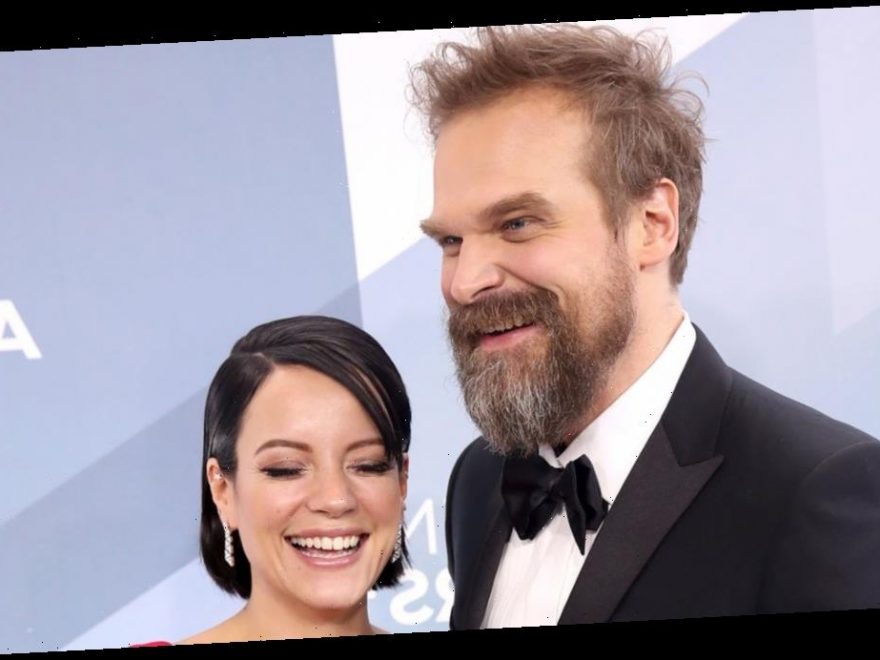 British musician Lily Allen appeared on the red carpet at the Screen Actors Guild Awards with her boyfriend David Harbour as they made their debut as a couple last night.

The pop star, 34, and the Stranger Things star, 44, were attending as David was nominated along with the rest of the cast of the hit Netflix series for Outstanding Performance by an Ensemble Cast in a Drama Series.

Arriving at The Shrine Auditorium in Los Angeles on Sunday, the pair were looking stylish.

A polished Lily was dressed in an elegant and sophisticated red and pink gown, while David looked dapper but rugged in his tuxedo and sporting a manly bearded look.

Prior to the show starting, David took to his social media accounts to gush about his girlfriend.

In a post on his Instagram account, David wrote in a caption of an image of Lily: "Who's the stunning one in red? That's right, it's the brilliant, beautiful, brash, bold, brave and just f***in' hot @lilyallen."

For us, it's still an unexpected but kind of amazing pairing having the Smile singer and Jim Hopper from Stranger Things as a full-blown couple.

Lily herself has hit the headlines in recent days following her posts hitting out at comments by British actor Laurence Fox.

On Instagram, Lily wrote in a post to her 1.2 million followers: "Sick to death of luvvies like a Lawrence [sic] Fox going on TV and forcing their opinions on everybody else, when he'll never have to deal with what normal people have to deal with in his gated community.

"BBC should be ashamed, this is not what we pay our TV liscence [sic] for."

Of course, Laurence responded in kind to Ms Allen .

Meanwhile, David can next be seen as the Red Guardian in the upcoming Marvel Cinematic Universe film Black Widow opposite Oscar nominees Scarlett Johansson and Florence Pugh.

His future on Stranger Things following the events of the season 3 finale is still unclear.