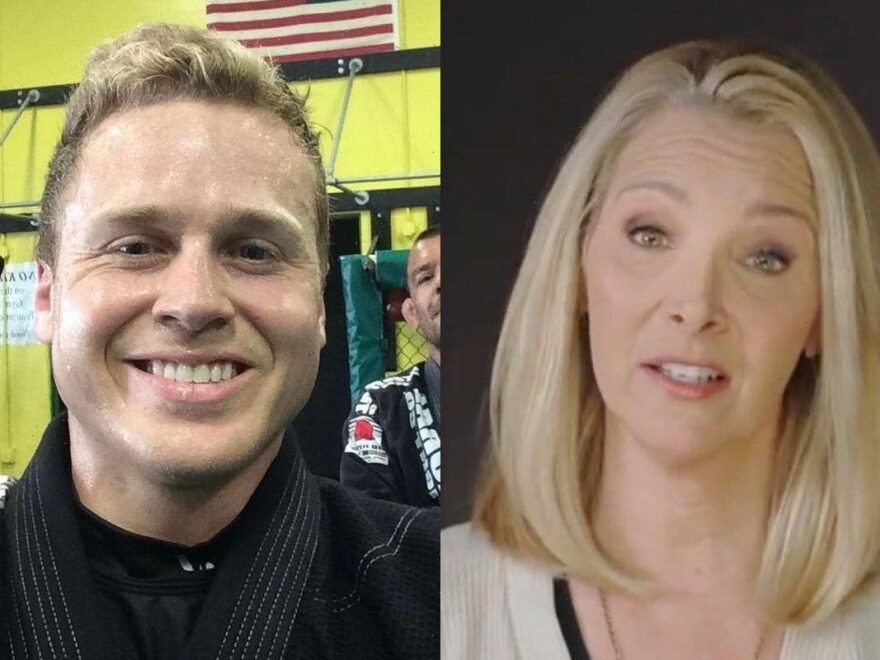 The ‘Friends’ actress has come under fire by ‘The Hills’ star over her alleged remarks about him when she approached the reality TV star and his wife in a party.

AceShowbiz –Lisa Kudrow has been labelled “one of the worst humans” on Earth by “The Hills” star Spencer Pratt. Blasting the “Friends” actress, 59, on TikTok, the 39-year-old was joined by TV personality Bethenny Frankel, 51, who also commented she had a “crazy experience” with Lisa when she appeared on her talk show.

Initially slamming Lisa last week, Spencer then took to the social platform again on Saturday (03.09.22) to explain his remark. Lisa approached him and his wife Heidi Montag, 35, at a party in 2009, and the actress claimed he had the “eyes of a serial killer” and would murder his partner, so the dad-of-one alleged.

He said, “It was almost like we were filming for ‘Punk’d‘ and a camera was going to pop up, but Heidi and I didn’t care as there was delicious food and a open bar. As we were sitting there consuming a little caviar, Phoebe (Lisa) approaches, which was a little shocking as no-one had spoken to us at all at the party.”

“Right in front of me she tells Heidi that she needs to get away from me as fast as possible because I’m going to murder Heidi and that I have the eyes of a serial killer. Heidi waits to see if this a joke, maybe this is a hidden camera party. But no laughs, she just walks away. That right there as the rudest moment I’ve ever encountered with a human being.”

Spencer had claimed Lisa was “one of the worst humans I’ve come in contact with” in a video on his TikTok account on Friday (02.09.22). He called her “Phoebe from Friends” in the footage, and alleged she was one of the “worst”‘ people he had ever encountered “by far.”

Bethenny weighed in online at the time with the comment, “That’s crazy. She was on my talk show and I had a crazy experience also” – but did not provide any more details.

Meanwhile, Spencer, who married Heidi in 2008, is expecting their second child in December after they had son Gunner in 2017.