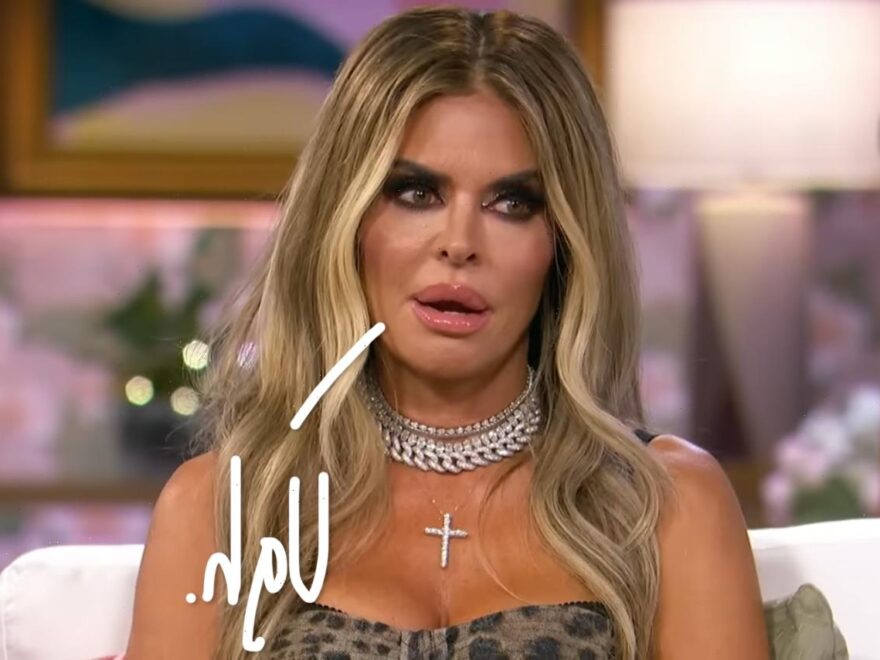 Lisa Rinna cut ties with an important person on her team!

According to Heavy on Wednesday, a source revealed there was a “mutual parting of ways” between Lisa and her longtime publicist. While it is unclear why they’ve gone their separate ways at the time, the 59-year-old reality star has been embroiled in a few controversies on social media and feuds with other cast members throughout Season 12 of Real Housewives of Beverly Hills. Co-star Kathy Hilton even called her the “biggest bully in Hollywood” during the reunion following her recent actions. Lisa accused the 63-year-old of spewing some pretty nasty comments about her sister Kyle Richards and the cast during an off-camera meltdown in Aspen, saying:

“We get in the sprinter van and Kathy starts screaming about everything, and she’d say things like, ‘I’m gonna take down NBC, Bravo, I will take down the show single-handedly. I will f**king ruin you all!’What in the holy f**ing hell? She takes her glasses off, she throws them on the ground, she’s jumping up and down, breaking her glasses, she’s pounding the walls and she’s screaming she ‘made’ Kyle… Kathy’s responsible for Kyle and she said, ‘I will destroy Kyle and her family if it’s the last thing I ever do.’”

It’s been pretty messy season for Lisa– to the point where Bravo fans have become so fed up with her that they’ve called for her firing! In fact, during BravoCon in New York City over the weekend, someone from the audience asked if the Melrose Place alum would get axed from the reality series during the “Ask Andy” panel. Producer Andy Cohen neither confirmed nor denied if she was getting fired, responding:

“Let the reunions play out, okay? Everyone can regroup… She’s in the building, okay?”

That did not stop fans, however, from booing her as she took to the stage for an RHOBH panel afterward. At the time, Lisa responded by flipping off the crowd before taking her seat. While some people might be hurt by the crowd’s reaction, that was not the case for the television personality! She later told Entertainment Tonight she “loved” what went down at the panel, saying:

While Lisa’s future on the show is up in the air at the moment, Kathy Hilton made it pretty clear what must happen if Bravo executives want her to stay. She told Us Weekly during BravoCon:

“If it’s the same exact cast? Absolutely not. But I’m just a ‘friend,’ so it doesn’t matter.”

We’ll have to see what will happen – but it sounds like there could be a major shakeup in the RHOBH cast coming soon if fans get their way! And they’ve been even more vocal about kicking Lisa off the show following this week’s reunion episode, during which Lisa caused Garcelle Beauvais to break down in tears after admitting to throwing her book in the trash before Erika Jayne subsequently posted a pic of it on social media. Reactions, Perezcious readers? Would you want to see Lisa fired from the show? Sound OFF in the comments below.