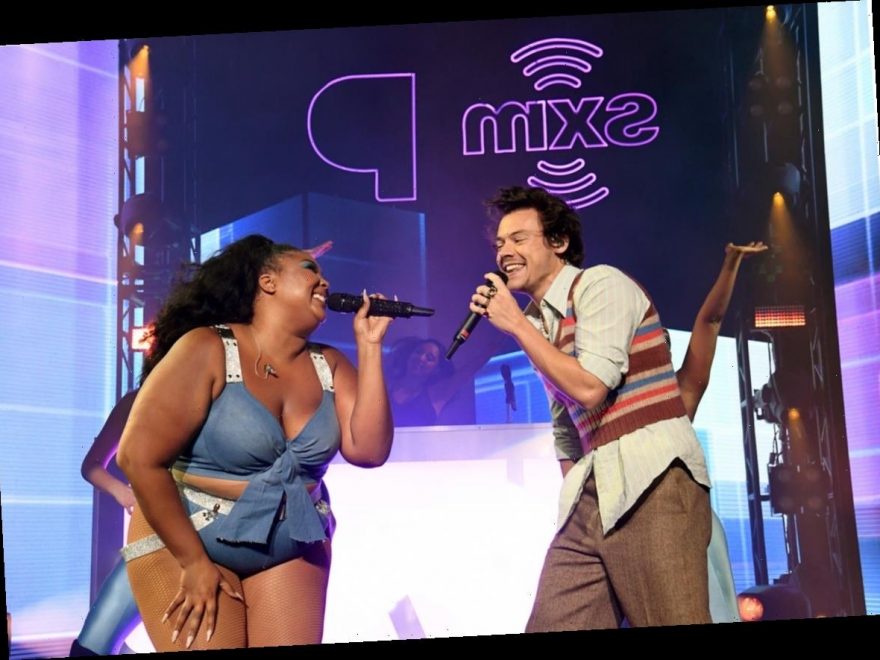 Even the best pop stars still get song envy. During a secret concert held in Brooklyn on Friday for Sirius XM subscribers and Pandora listeners, Harry Styles said Lizzo’s "Good As Hell" is the song he wishes he had written. Before playing his set at the Music Hall of Williamsburg, the "Watermelon Sugar" singer was joined by "The Morning Mash Up" hosts Ryan Sampson, Nicole Ryan, and Stanley T for a pre-show interview where he answered a wide range of questions including whether or not a collab with Lizzo is in his future.

When asked which song by another artist he wishes he had written himself, Styles was quick to respond with "Good As Hell." And his answer gave him the perfect opportunity to praise Lizzo. "I just feel she has this, like, infectious positivity that I think is so important," Styles told the concert attendees. "She’s so authentically herself, and as a fan, I think that’s all you really want from the people you’re watching or listening to… it’s really powerful. I think she’s really inspiring."

Of course, the next logical question was will he and the "Juice" singer ever collaborate on a song together. "I mean, if something made sense, maybe," he said of working with Lizzo. "I think it’s funny because any time people like each other or perform together, everyone kind of thinks, ‘Oh, you guys should do a song together.’ It’s fine! But it’s also fine for people to just like each other’s stuff. But if there was ever a time where she wanted to do it and it made sense, absolutely. I think she’s great."

Styles and Lizzo’s appreciation for each other’s music is nothing new. In Dec. 2019, he covered "Juice" for BBC Radio 1. Then in January, she invited the "Sign of the Times" singer on stage during her show in Miami for a live performance of the song. Meanwhile, when she dropped by the BBC Radio 1 studio earlier this month, she followed Styles’ lead by covering his song "Adore Me."

Whether or not these two pop icons end up collaborating, Styles is going to be a busy man this year. His secret concert — which included performances of "Watermelon Sugar" and One Direction’s "What Makes You Beautiful" — is just the beginning of a busy 2020. He’s also preparing for Love on Tour, which will see him performing in concerts around the globe. Additionally, in October, he’ll return to New York for two Halloween shows — dubbed "Harryween" — at New York City’s Madison Square Garden.

If you missed out on Styles’ secret show on Friday, you can listen to Harry Styles’ Secret Session with SiriusXM and Pandora Saturday, February 29 at 6:00 pm ET on SiriusXM Hits1 (channel 2 on satellite radios and on the SiriusXM app).