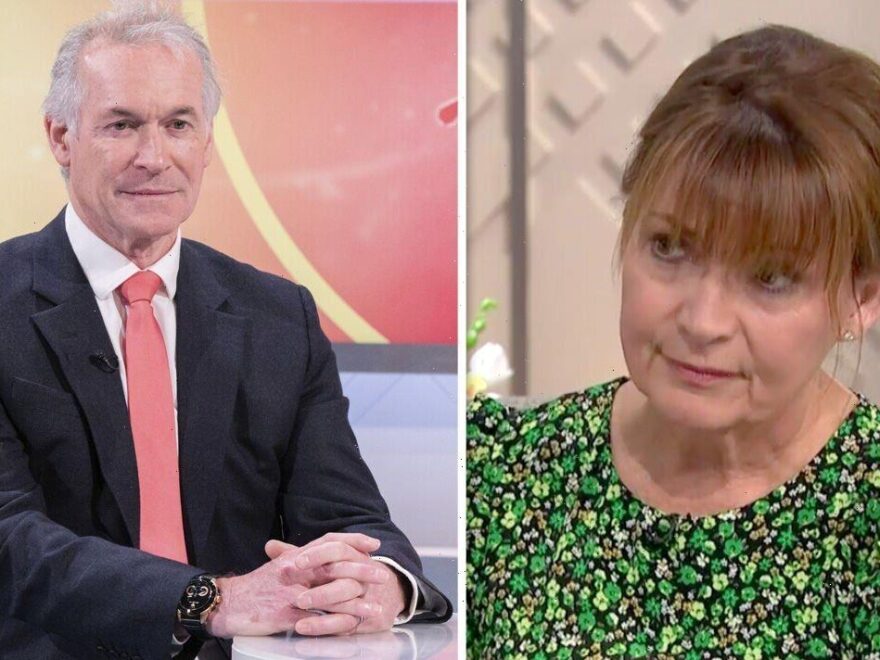 Lorraine Kelly has opened up on her previous frustrations to get expert female advice to speak out about menopause on TV. The presenter spoke to Davina McCall, who was on the ITV programme to share her own experiences of the menopause.

Davina told the Scotitsh presenting legend she unknowingly became an inspiration for her and other women for talking about the menopause.

She said: “It’s fantastic, because back then like five or six years ago we couldn’t really get anybody to talk about it.

“In fact Dr Hilary [Jones] had to interview me about it, about my experience.”

The presenter continued: “Isn’t it weird that people didn’t talk about it though, Davina?”

Both of the TV personalities shared an open chat about their recent experiences in coping with the transition.

Davina responded: “You’re a very outgoing, gregarious person, I felt like I was disappearing and my world was getting smaller and smaller.

“And I felt very lonely like I had no one to talk to, isolated, because I am not that person.”

Lorraine replied: “I think I felt flat is how I would describe it, I wasn’t having fun.”

To which Davina declared: “Sometimes it’s funny, it’s only when you come out of the grey you think, ‘I haven’t belly laughed for months’.”

The Masked Dancer panellist chatted to Lorraine ahead of her new book Menopausing, a self-help guide for women dealing with menopausal symptoms.

In recent years, Davina has become almost as well known for her healthy lifestyle as she has for her broadcasting career.

Her documentary on breaking taboos behind the menopause has had a huge impact.

NHS research showed 1.9 million patients received HRT (Hormone Replacement Therapy) in 2021-22, which is more than a third compared to the previous year.

Ahead of the show’s broadcast, Davina revealed her emotions leading up to its release.

She said: “I don’t think I’ve ever worked on a project that has affected me so deeply.”

“I get home after filming and sometimes I just sit down and cry… from deep frustration and anger at how we are failing women.”

She added: “This film isn’t just for menopausal women, it’s for their partners, their fathers, their brothers, and their sons. We’re all in this together.”

“I used to think that menopause was an age thing and now I realise it’s a woman thing.

“For far too long, there’s been a shroud of embarrassment, shame and fear around this topic, and this is where it stops!”

Lorraine airs weekdays at 9am on ITV and ITV Hub