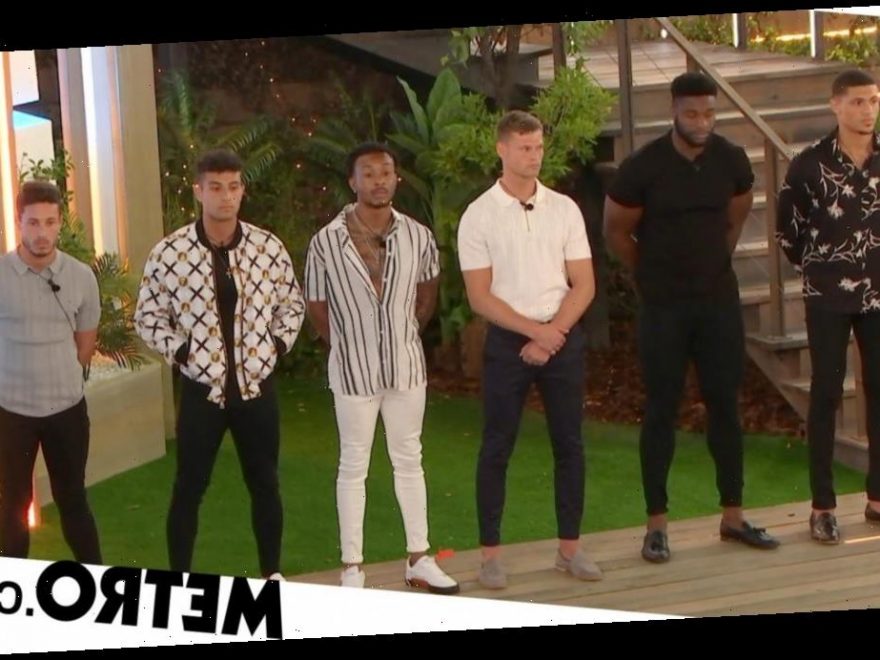 Five contestants have reportedly already left the Love Island villa in what could be the most savage recoupling to date.

Tonight’s Love Island will see tensions rise as the boys come back from Casa Amor – the question is, will they come back alone?

In a first-look of Thursday’s showdown both villas get their warning text of what’s to come, we already know that there’s going to be fireworks as they have to decide whether to stick with their original couplings, or twist for someone new.

When the original boys talk about what they’re going to decide, Nas speaks for all of us as he declared: ‘This is gonna be a very, very fiery one.’

‘Everyone’s going to hate me when I get back,’ Callum tells him – because as we all know by now, it’s almost a certainty that he’s going to bring back Molly Smith into the villa.

Meanwhile, Shaughna Phillips is seen racking her brains over with the OG girls in the original house, telling the girls: ‘I’m so scared about putting that trust into someone.’

Well… she has every right to be, and as Laura Whitmore appears, we just know that she’s going to have her heartbroken by the man she wants to give things a go with.

As it’s confirmed that she is in fact sticking with Callum, the teaser cuts out just before Callum’s arrival.

The two-house collision is going to definitely be one for the books – with Callum, not the only one whose head is turning for the newbies.

Finn Tapp and Luke Trotman seem to be the only two boys sticking with their girls Paige Turley and Siannise Fudge, who unknown to them, have remained loyal as well.

After being left gutted by Rebecca Gormley putting an end to anything even potential, Luke Mabbot seems to have finally struck lucky with Natalia Zoppa.

Even resident ‘Mr Nice Guy’ Nas Majeed appears to be straying from Demi Jones by getting to know Eva Zapico.

But Demi has been tempted by George Day, but ultimately seems like she wants to stick with Nas, while Rebecca wasted no time in getting to know Jordan Waobikeze.

Mike Boateng, who just a day before leaving for Casa Amor said he would even consider leaving if Jess Gale was voted off, is now ‘wifey-ing’ Priscilla Anyabu.

Jess has also been seen stuck between choosing Ched Uzor or Biggs Chris… swaying more towards Ched even if he was too stunned to properly try and chat her up.

And we are just hours away from finding out who is staying and who is being booted out.

Got a showbiz story?