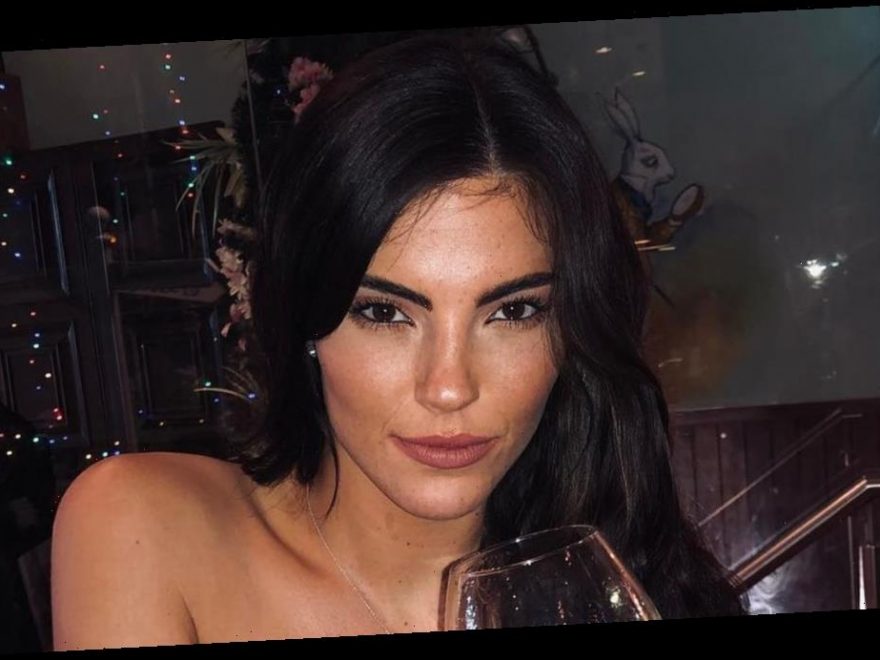 Love Island newbie Rebecca Gormley will make her explosive entrance into the villa during tonight's instalment of the ITV2 dating show.

The part-time model has promised to ruffle a few feathers and has already admitted that she's got the hots for Callum Jones , Connahh Howard and Mike Boating .

While Rebecca's arrival will distract some of the Islanders from their own drama, the brunette beauty's age has certainly left fans with a confused look on their face.

Former Miss Newcastle Rebecca is 21 years old and Love Island viewers have rushed to their keyboards to air their views on the shocking revelation claiming that she looks older then her years.

Another viewer added: ""Why does the new girl look 35 years old?"

A fourth said: "Can't believe Rebecca is only 21."

Fans were also left with their jaws on the floor when newcomer hunky Finley Tapp confirmed he was 20 years old.

Following his surprise arrival last week, one fan tweeted: ""Someone needs to background check Finley because there’s no way he’s 20.

Another added: "Where are these 20 year olds coming from because none of the ones I know look like Finley."

In a teaser clip from tonight's show, Rebecca leaves her fellow Islanders livid by making a move on policeman Mike Boateng just minutes after stepping foot in the South African villa.

The newcomer is certainly set to ruffle feathers, dancing for the boys in a sexy swimsuit before planting a kiss on Leanne's partner Mike in the first-look video.

The girls are raging as they watch on from the roof terrace, while feisty Rebecca makes it clear which boy she's planning on getting to know better.